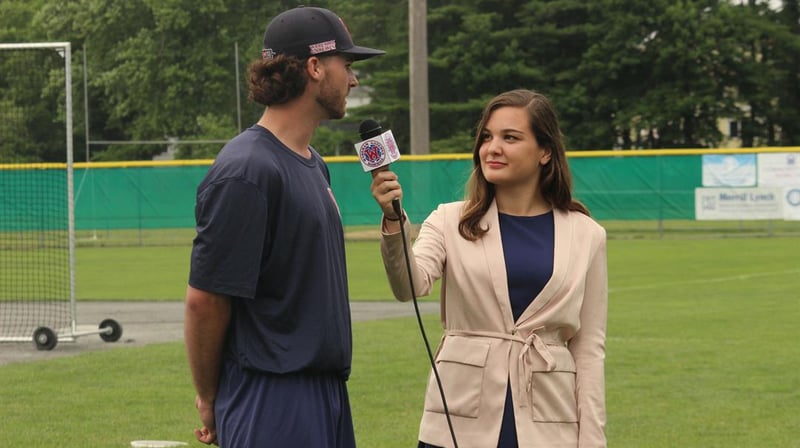 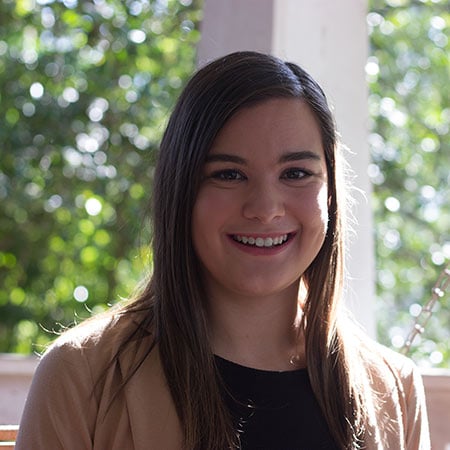 As an aspiring sports reporter, Claudia loves finding different stories at every game she's at.

Telling the story beyond the box score

Claudia Chakamian has made the most of her time at the University of South Carolina by getting involved in all aspects of student media. She worked as a sports writer for The Daily Gamecock and as a sports reporter and executive producer of Capital City Sports, the sports show for Student Gamecock Television. Claudia covered games, interviewed former Gamecock and current MLB player Jackie Bradley Jr., and covered NCAA Tournaments. She has reported on the women’s soccer elite eight in 2016, and traveled to cover USC's baseball regional and super regionals in 2016, and the men's basketball team's Cinderella run to  the final four in 2017.

In summer 2017, she was the sideline reporter for the Wareham Gatemen, a Cape Cod Baseball League team, getting experience doing live, in-game reporting every day. She also was the sideline reporter for the Cape Cod Baseball League All-Star game for National Public Radio. She conducted live interviews every inning with players, coaches, and sponsors on the event.

A native of New Jersey, Claudia has always been around sports. After a brief foray into youth soccer and T-ball, she learned at a young age that she had no future as a player. So she threw herself into watching all kinds of sports and understanding the fundamentals.

When not in a press box or on the sidelines, Claudia can be found re-watching "Friends" for the hundredth time and trying to pet every dog she sees. She almost always has a cup of coffee in her hand.

Claudia loves meeting new people and finding good stories. You can connect with her by emailing her at c.chakamian@gmail.com or on Twitter @C_Chakamian.