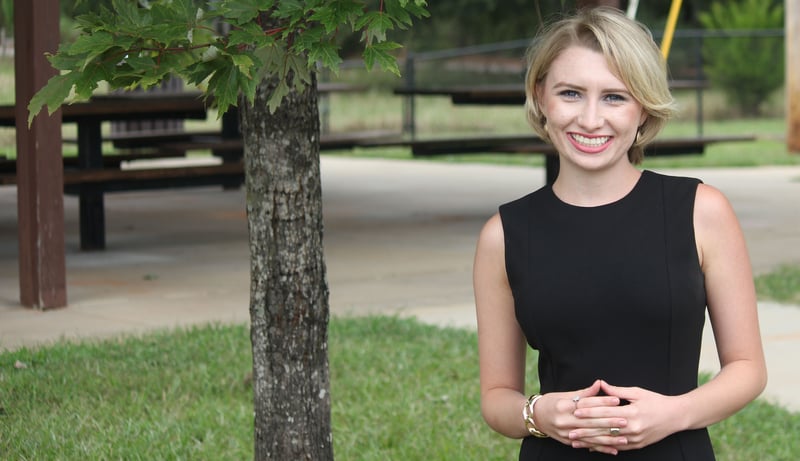 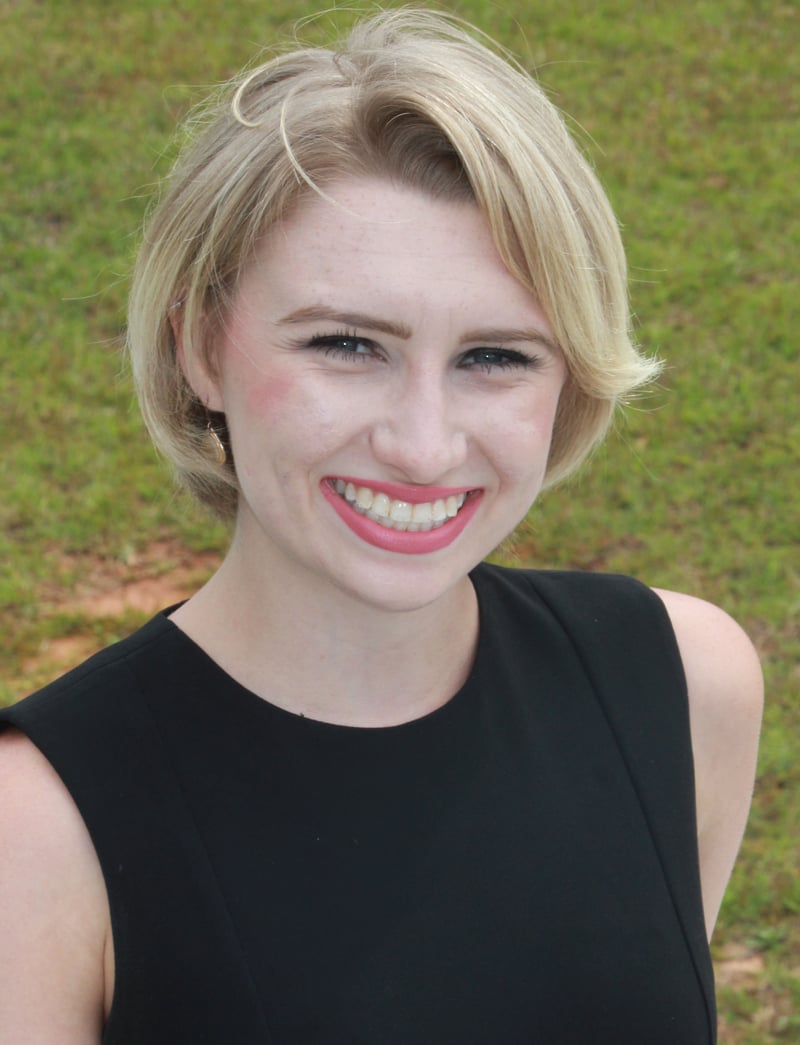 Fun fact: Haleigh grew up on a farm.

Hometown: Westminster, S.C.
Minor: History
Journalism aspiration: I would like to be a reporter/anchor.

Haleigh Graham’s goal in life is to help people. She would like to anchor, and report on real world issues such as: poverty, capitalism, the divide within our country (regarding political viewpoints), immigration, our education systems, healthcare, and crime. Haleigh would like equal opportunity for all people, and in journalism, wants to give voices to those who do not have them.

Haleigh has interned at WIS in Columbia, and at WSPA in Spartanburg. She covered a range of stories at these internships including: the Carolina Panther’s annual training camp, four inmates who were killed by two other inmates at the Kirkland Correctional Institute in Columbia, and the shut down of construction of the two new VC Summer Nuclear Power Plants. Haleigh has also anchored the student media group’s newscast at USC.

Haleigh is the first person in her immediate family to go to a four-year college. She attended Erskine College, a small, private, Christian college her freshmen year. She wasn’t quite sure what she wanted to do, but was interested in politics, the media, and medicine. After her first semester at Erskine, she decided she needed a change, and came to USC her sophomore year, declaring her major to Broadcast Journalism.

Some of her favorite things she has been involved in at USC include: packing care packages for flood victims, working with Harvest Hope Food Bank ,and Girls on the Run, building a ramp for a handicapped, elderly woman (with Habitat for Humanity), and participating in Dance Marathon. She has been on the Dean’s List every semester since she has attended USC, and is in two honor societies. She also is a Service Saturday Leader this school year, and will be leading a group of students, one Saturday each month in community service.