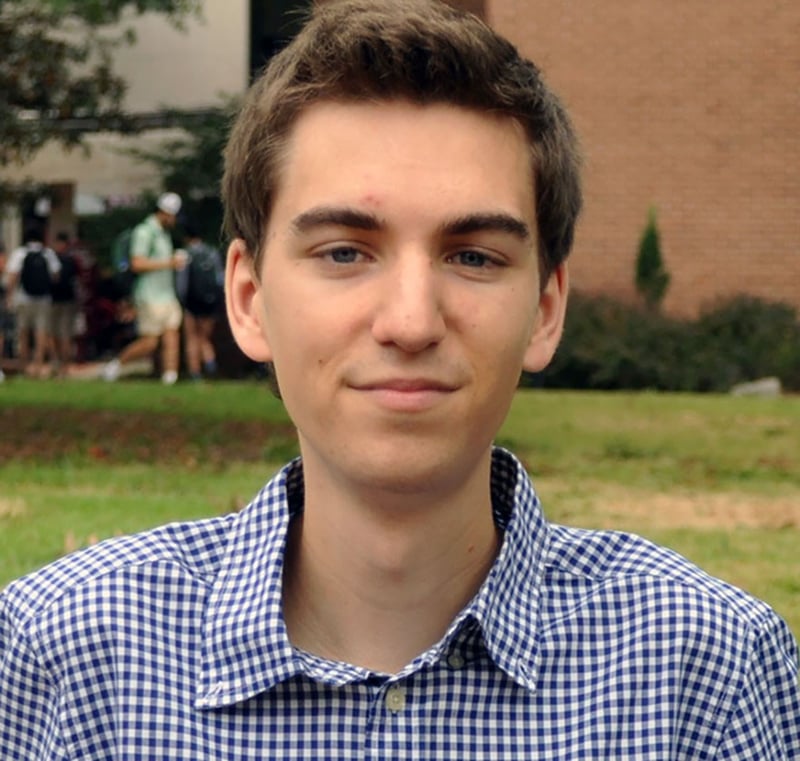 Since a young age, sports has been Matthew's passion.

Matthew Bruce hopes to convey his love of sports to the public as a sports analyst or reporter for ESPN. Coming from a historical city like Yorktown, the birthplace of America's freedom, Matthew understands the importance of journalism in democracy. His passion for sports and analyzing games blossomed throughout the years.

In his freshman year of high school, Matthew discovered that many classmates enjoyed his updates and analysis on the games prior to classes. His first experience with sports commentating was baseball play-by-play during his junior and senior years of high school, where he quickly realized journalism was his destined career. Those two years began the journey towards his next challenge, becoming a part of Carolina News at the University of South Carolina before graduating in December.

Matthew’s experience volunteering at the Newport News, Va., Mariner’s Museum and the Yorktown library made him more comfortable around people in a professional and public sense. While this is outside journalism, he believes the knowledge gained is critical in the world of reporting.

While he puts an emphasis on sports, he also prides himself on understanding all aspects of journalism. Whether that’s breaking news, feature stories, hard news or even storytelling, he challenges himself to get better each and every day. He challenges himself by always finding the most important information viewers need to know.

In his spare time, he enjoys going to sporting events. This past spring, he went to see the South Carolina men's basketball team in the Final Four in Phoenix, Arizona and watched USC men's baseball team in the Southeastern conference baseball tournament in Hoover, Alabama. Being around the media helped sharpen his eyes to his ultimate goal.