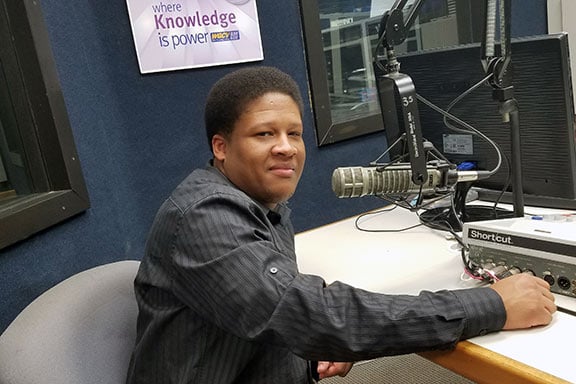 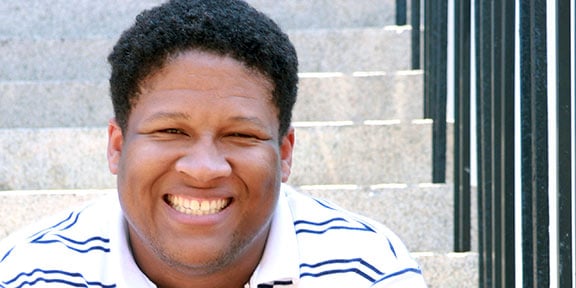 The S stands for determination

Rashaan Anderson’s leadership, creativity and willingness to learn as much as he can about journalism, on and off the camera, turned this once shy kid, into a man who will change the world. Even though he hasn’t had an internship, Rashaan is determined to be the hardest worker in the room. Coming from Dr. Smith’s 471 class, Rashaan realized he is good at conducting interviews and just connecting to people. Currently, Rashaan is apart of the Carolina News staff.

Rashaan Anderson didn’t grow up wanting to be a journalist. In fact, he wanted to be in law enforcement. But in 2010, as part of a senior high school project, Rashaan realized how much his voice could make an impact when he co-hosted a local high school football show in Goldsboro, North Carolina. For Rashaan, that immersion set in motion events that would lead to pursuing a career in broadcast journalism.

Rashaan grew up as a military brat so traveling and readjusting to different environments and people is a normal part of life for him. Growing up, he always loved asking questions and searching hard for the answers. His determined nature allows him to be flexible in the newsroom and to work with his team members to solve any conflict in a calm and professional manner.

When he isn’t working on perfecting his storytelling, Rashaan is most likely working. Outside of work, he enjoys hanging out with his family, watching sports, playing video games and reading comic books.