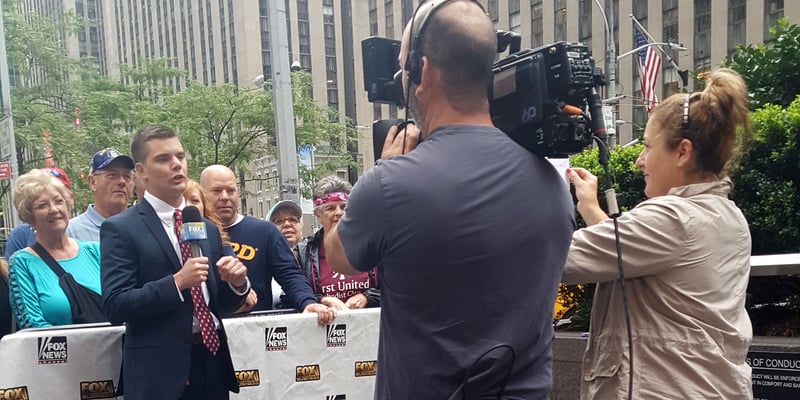 There has never been a more televised presidential campaign in history than the 2016 election. This event turned a skeptical broadcast student who had switched his major twice, into someone who knew that one day he would be on the national stage reporting and commenting on politics.

In the summer of 2017, Kevin interned for Fox and Friends in New York City. Kevin learned the no-nonsense attitude you need in the broadcast world and how working in teams is vital to the success of a news organization. He plans to utilize those skills this semester and in the future as he pursues a career in broadcast journalism.

Kevin Fries was raised in a household where his father watched national news on a daily basis. Coming home from swim practice every night from middle school through high school, Kevin would watch Fox News’ The O’Reilly Factor every night with his father before going to sleep, thus starting his love for national news.

When Kevin is not bringing you fair and balanced news, he likes to spend his time with his basset hound puppy, Pancake, hanging with his friends around campus, and spending time focusing on his current internship with FOX News.