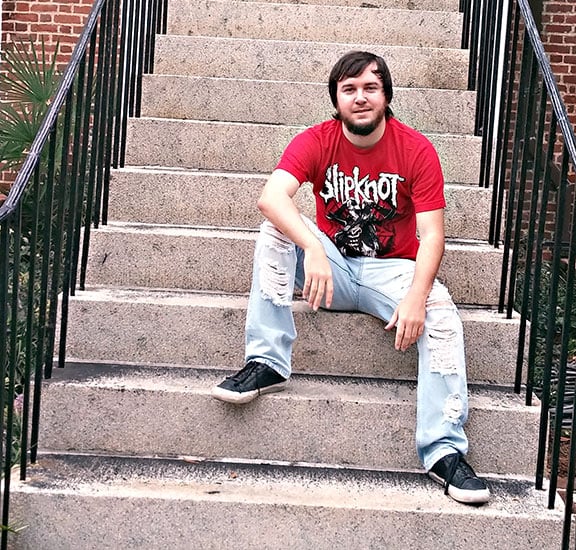 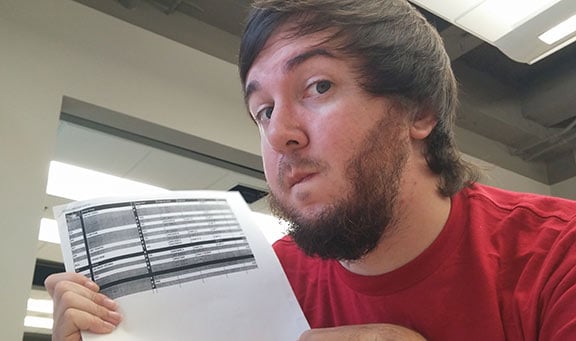 Dan shows a show rundown before he looks over it.

No story is too small

Journalism aspiration:  Going where the next story takes him

Dan Whittle prefers to cover local news stories rather than national events – “The stories are just easier to relate to,” he says.  When new businesses start to roll into a community, expect Dan to be right on the heels of the story. Perhaps that’s because Dan grew up in a small town where he played sports and was active in the community.

He has studied graphic design, computer science, marine biology, and veterinarian medicine before he decided on broadcast journalism.

He realized early on in his life that he enjoyed speaking in front of crowds – “Think of the people you’re speaking to as people you know.  Like, friends and family.”  It started off with being lecturer of his church and from there he realized he loved to speak in front of people.

Dan spends most of his time paying attention to what’s going on politically and nationally.  He prefers stations such as VICE News since they cover a lot of topics you wouldn’t see on TV.  When he’s not doing any of these, he immerses himself in artwork and practices when there is nothing left for him to do.

Do you have a story you want to tell and you live in a small town?  Email Dan at ruddlocke92@yahoo.com.