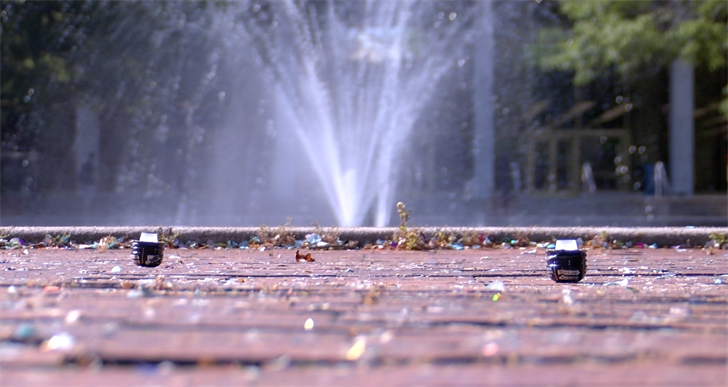 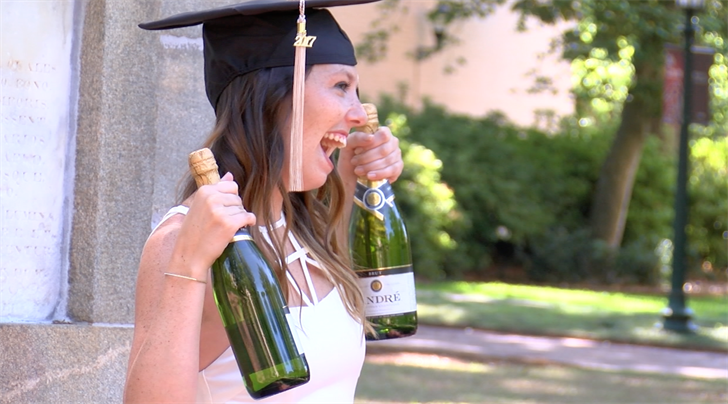 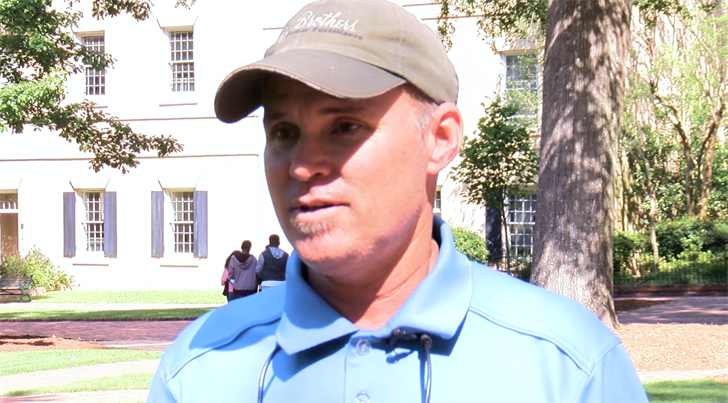 Landscaping Manager Norman Stewart says the glitter used for graduation pictures is hard to pick up, and they're lacking the man power to clean it up.

Graduation. A time to celebrate the end of an era and beginning of a new adventure. Many USC seniors capture the moment by taking celebratory pictures across campus including in front of the Thomas Cooper Fountain and on the Horseshoe.

Many pop champagne bottles and blow glitter to make their pictures Pinterest worthy, but these props are creating a problem for the USC's Landscaping Department workers

The glitter that covers the grounds has become a steady increasing problem, says Norman Stewart, Landscaping Manager at USC. He says if he glitter was left untouched it would remain for years, because it's not biodegradable.

The fine material is extremely hard to pick up. The department has mowers that can be lowered to suck up some of the glitter, but lowering the mowers can have a negative effect on the grass, which was restored just two years ago. The department also has blowers and sweepers that can pick up the pieces, but Stewart says that would take a lot of man power that they don't have.

Popping champagne is another issue. USC is an alcohol fee campus, and Stewart says that doesn't look good for the university's image to have bottle tops scattered around, especially during the end of the spring semester when many prospect students are touring the grounds.

Stewart says they don't have the authority to tell students what they can and can't do while taking pictures. He hopes authorities in higher positions will start to take notice and make rule changes, including a designated area for the use of props. He understand its a celebratory time, but he asks that students do their part by picking up after themselves, or not using those props at all to preserve the beauty of campus.