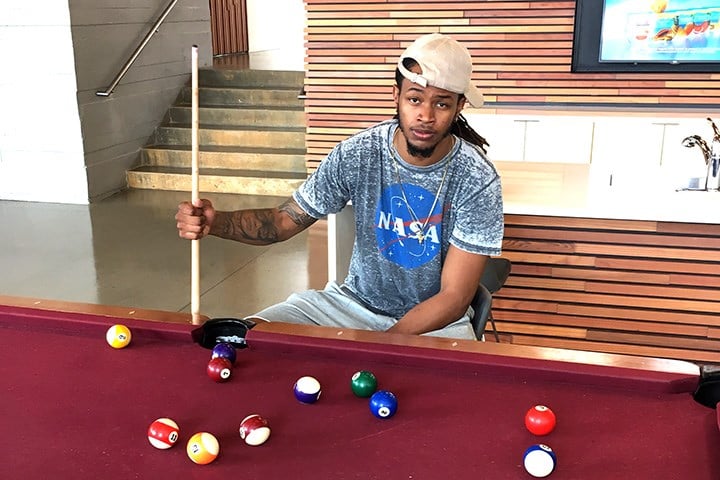 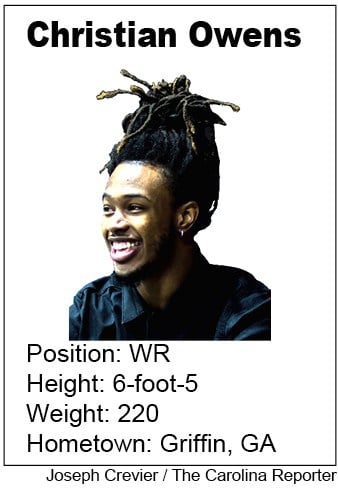 Christian Owens is up before the sun and awake well into the night.

Owens lives the life of a student-athlete, working diligently to pursue a childhood dream of playing professional football.

But he has another dream and that’s to be a professional rapper.

Owens’ brother introduced him to music in sixth grade, but Owens never took it seriously until the pressure started to pile up as a high school football star. Ranked the fifth best tight end in the nation by ESPN, Owens struggled to balance schoolwork with the demands of being a highly touted football prospect.

Then he turned on the microphone and the stress vanished.

“It’s definitely a stress reliever for me. It’s more than just a hobby for me, it’s therapeutic. The stress of school and football is a lot. It was something to help me cope with problems I couldn’t necessarily talk out,” Owens said.

The stress only intensified as Owens entered college.

He signed with the Gamecocks before the spring 2015 semester, as a redshirt freshman, despite offers from three other major SEC schools and South Carolina’s rival, Clemson.

Owens says it was former head coach Steve Spurrier that won him over as a commit. But then the Head Ball Coach resigned during Owens’ redshirt freshman year and in came Will Muschamp’s regime the following summer.

“Before he came here, I was never recruited by him, I didn’t really know much about him. I heard he was a good coach. He was hard,” Owens said.

He wasn’t a fan of the coaching change, but Owens promised himself he’d give it a chance. That ended in August 2016, when Owens put his football career on an indefinite hold.

While he pondered his athletic future, Owens began really promoting his music.

“Most times I’d be rapping, or just writing music throughout the night, anywhere from nine to two, three in the morning,” he said.

During his hiatus from football, Owens has debuted a mixtape called C.O.L.D. and landed about five to 10 gigs. He has also begun working on his second mixtape.

Owens says he’s trying to release as much music as possible now, because he’ll soon resume his football career at North Carolina A&T this July.

“It gives me another shot at trying to pursue a childhood dream and that’s to go play in the National Football League," he said.

The future Aggie says music will have to be placed on the backburner during football season, but he said he will always pursue music if football doesn’t become a career.

“Honestly, I think the images conflict," he said. "The negative connotation that comes with music, I feel like even if you’re doing the most positive rap, the images are gonna conflict.”