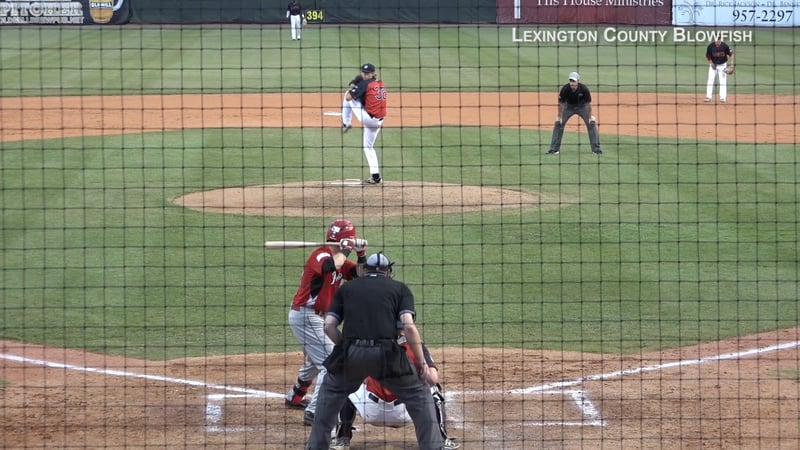 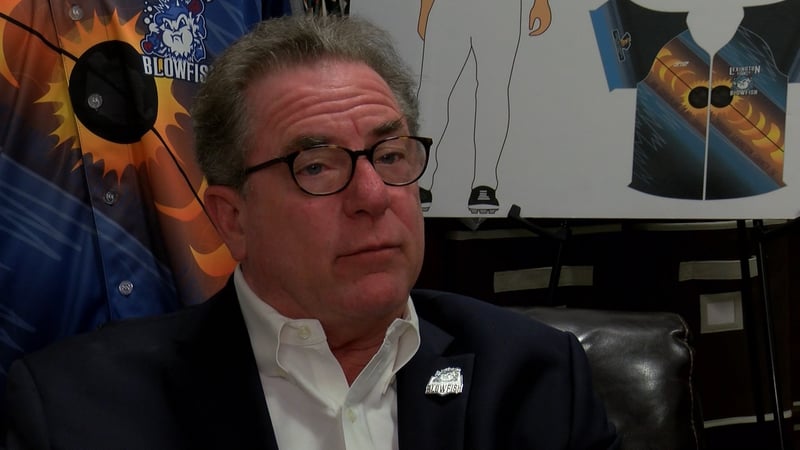 Blowfish Owner Bill Shanahan says the eclipse is a show stoping event for not only the team but for all of Lexington County. 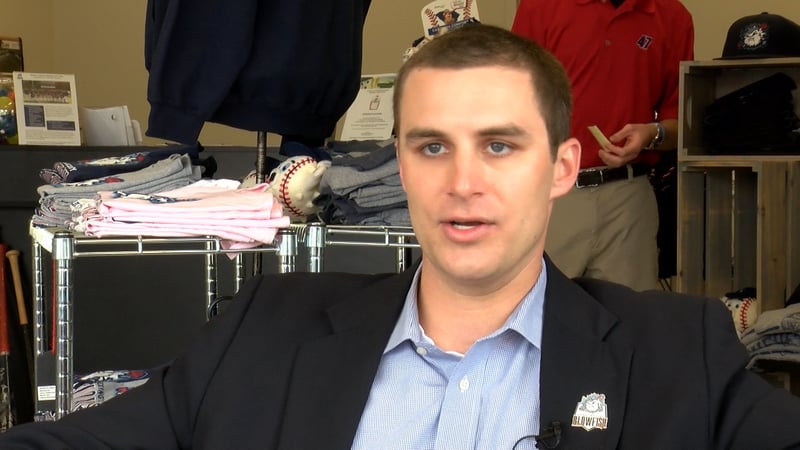 First year General Manager Brian Larkin says that marketing the Blowfish while Tebow is in Columbia is more of a speed bump rather than a challenge.

Columbia has caught a case of Tebowmania this baseball season. Fans are lining up outside of Spirit Communications Park to see the Heisman trophy winner and former Florida Gator try his hand at baseball with the Columbia Fireflies.

But thirty minutes down the road in Lexington County, the Blowfish are rolling up their sleeves in preparation for their season just over a month away. This is the team's third season in Lexington County and they are looking to fill their seats with a Tebow-less summer.

The summer collegiate team has had two successful seasons since moving from the Capital City to Lexington County, including being voted the 2015 Coastal Plain League Organization of the Year. Blowfish General Manager Brian Larkin wishes Tebow the best but says he's looking forward to being the hot commodity again.

"Hopefully in June the new news on the block is going to be Opening Day for the Blowfish," says Larkin. "By that point Tim Tebow has already hit a couple of home runs and people got his fill."

While Tim Tebow won't come out of the dugout of Lexington County Baseball Stadium to play Left Field or DH for the Blowfish, team owner Bill Shanahan has a wild card up his sleeve to brew up excitement for the fans.

"Fans have a chance to win total eclipse glasses and we might even be throwing out moon pies to the crowd," says Shanahan.  "The foul lines are going to be known as the center lines and if the league allows it we might just put a line straight through center field."

All of these promotions are in celebration of the first transcontinental solar eclipse to hit the United States in 99 years. The Blowfish have branded the 2017 season as the season of the total eclipse as Lexington County will be one of the best locations in the world to see the upcoming August 21st spectacle.

At 2:41 pm on August 21st. the "centerline" of the path of totality of the eclipse will cut right through Lexington County casting total darkness for nearly three minutes. Lexington County Baseball Stadium is smack dab in the middle of the centerline making it one of the best locations in the universe to see the eclipse.

During the season, the Blowfish will promote the event with total eclipse jerseys that they will wear throughout the season. Shanahan says the response from fans about the jersey designs has been out of this world.

"They're saying they are awesome," says Shanahan. "I've heard some other expressions that I can't really say on the air that are positive too."

The response mirrors the excitement surrounding the eclipse. NASA estimates that the area should expecting a growth of 1 million people during eclipse weekend. Although the Blowfish season will have ended by that time, the stadium will be open for free viewing of the event and Shanahan realizes how big this is for the county.

"At that moment in our history, we are the centerline in the universe," says Shanahan.

At the end of the season the total eclipse jerseys will be silently auctioned to fans. Larkin says this is one of the most rewarding experiences about the entire promotion.

"The coolest part is literally taking off the jersey off the players back handing it to them and taking that picture with the autograph," says Larkin.

Not only will the jerseys go to the fans, Shanahan says the proceeds of the silent auction will benefit kids in the surrounding Lexington County towns.

"The money raised from that auction will go to science programs for the Lexington Elementary School Districts to help them," says Shanahan.

So while all eyes in the sports world are on Columbia with Tebow, for three minutes in August all eyes of the universe will be on Lexington County a.k.a. Centerline U.S.A.