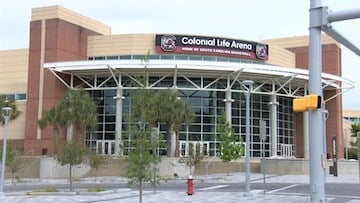 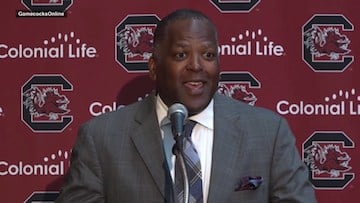 Columbia Mayor Steve Benjamin says having an opportunity to put Columbia on the world stage is exciting. 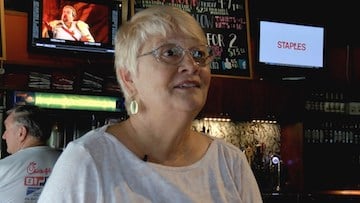 Thirsty Fellow owner Terry Davis says that she is excited for what the NCAA Tournament coming to Columbia means for her establishment.

The NCAA announced Tuesday that Columbia will be a regional host in the 2019 Men's basketball tournament. The Colonial Life Arena will host the first and second round games on March 22 and 24, 2019.

Columbia Mayor Steve Benjamin said that it is an exciting day for Columbia.

"We are indeed the new southern hot-spot and also the home of college basketball," said Benjamin.

"Our community is going to benefit tremendously by having an event like this in town," said Martin.

Businesses like Thirsty Fellow and Liberty Tap Room & Grill are looking forward to what the tournament will bring to their establishments.

Terry Davis owns the Thirsty Fellow and she says with an event like the NCAA tournament, daily business can more than double.

The Vista's Liberty Tap Room & Grill's manager Jacob Lasovage says they can expect business to increase even more over the the three day span of the tournament.

"It'll probably be a 25-40 percent increase in sales that weekend each day that they're here," says Lasovage. "It'll be more if the teams are local."

Greenville, South Carolina was one of the sites for the first two rounds of the tournament this year. David Montgomery, Vice President of sales for Visit Greenville SC, said the regional tournament brought in $3.8 million for the city.

Whether the teams are local or not, restaurants like Thirsty Fellow and Liberty Tap Room & Grill will serve as hubs for Colonial Life Arena and the 2019 NCAA Men's basketball tournament.