Another person's trash is this artist's treasure - DatelineCarolina 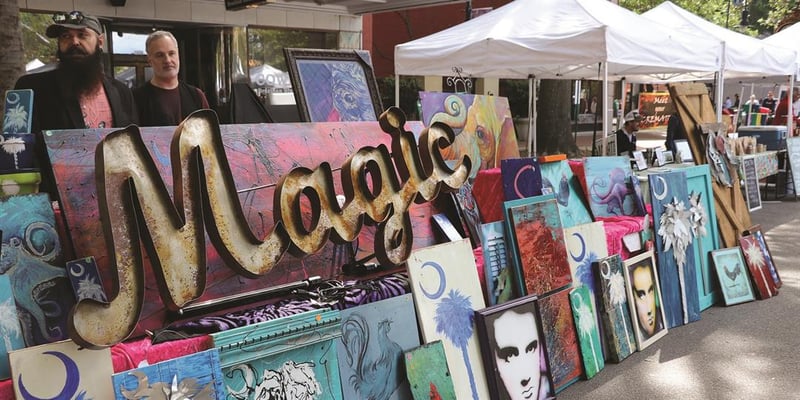 Another person's trash is this artist's treasure 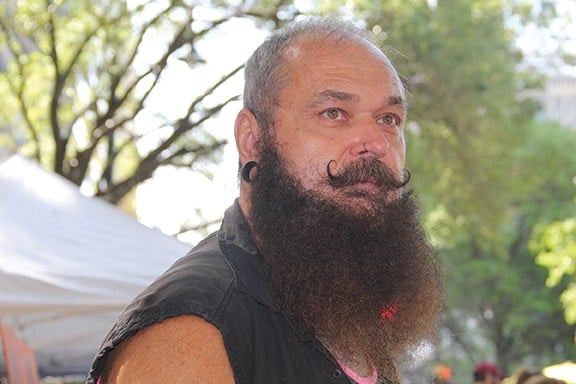 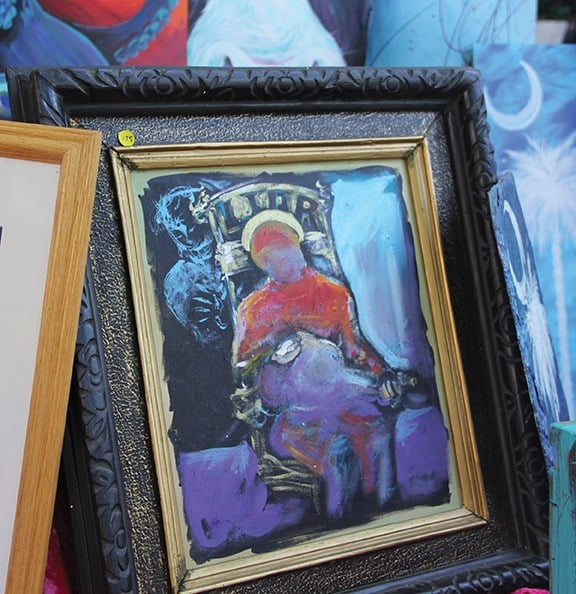 The "‘Liar" painting started out as the unfinished sketch of a deceased local artist. Jones bought it and transformed it into a unique piece of art. 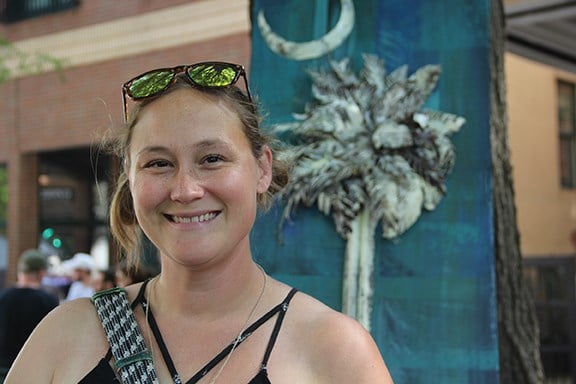 Jennifer Hansen comes to Soda City Market to support Jay Jones and his artwork. She says that she has been coming to see Jones since he has been selling his work at the open market. 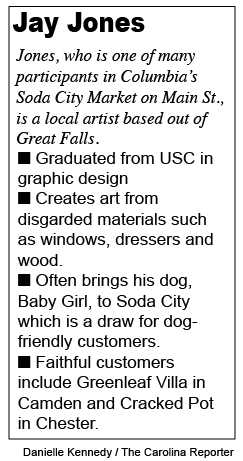 Artist Jay Jones believes that “energy shouldn’t be confined, but it should be expressed.”

His studio spills from his home into his back yard, the place where he feels free, where he can completely express himself without interference from the outside world.

“I just crank the music all the way up, get in my zone and start painting,” he said.

Jones, a graduate of the University of South Carolina, has been making works of art since he lost his job at the age of 32.  Since then, he’s been making the most of unlikely items, specifically discarded objects such as cabinet doors, metal or anything that can be reused, in a process known as “upcycling.”

He finds gold mines in construction trash cans, material trash containers at businesses such as Home Depot and other overflowing bins.

“I was driving around and came across this house that was being cleaned out,” Jones said. “I walked up and asked them what they were going to do with all this stuff and they said I could have it since I was taking it off of their hands.”

From that house he obtained 33 windows, which he designed and painted himself. All of the windows sold at a Christmas craft show.

Bob Doster, a fellow South Carolina artist, invited him to the show and was one of the first people to push Jones into going public with his work. He suggested that Jones display his work at a Christmas crafts show initially to make some money.  That was the exposure he needed to gain confidence in himself, Jones said.

Since the 2015 show, Jones has been experimenting with not only paints and windows, but with odd items such as an old church organ, which he transformed into a wooden and metal elephant statue.

The elephant statue sold for $300 the same day he displayed it as his booth at Soda City Market, the Saturday open air market on Columbia’s Main Street. These customized pieces are the projects that Jones really loves and hopes to make more of in the future.

One customer wanted a painting of a goat, which was painted on rough plywood. That spiraled into wood-backed paintings of giraffes, octopi, elephants and cows which he prices between $45 and $175. His creative process and what he paints depends on how he feels as well as the materials he has at hand.

“He uses all mediums,” said Rodney Stokes, Jones’ business partner. “He uses all things, and he has a grand belief that nothing should be thrown away, no person, no thing should be discarded. Everything can be made beautiful again.”

His booth at Soda City attract the curious and other artists interested in his craft.

Jennifer Hansen has become a fan and frequently stops by to see Jones’ latest creations.

“Most vendors don’t take the time to talk to you or make you feel excited about a piece, so I stopped by to let them (Jones and Stokes) know I appreciate it,” Hansen said.