Move with the Mayor walks continue into Summer - DatelineCarolina 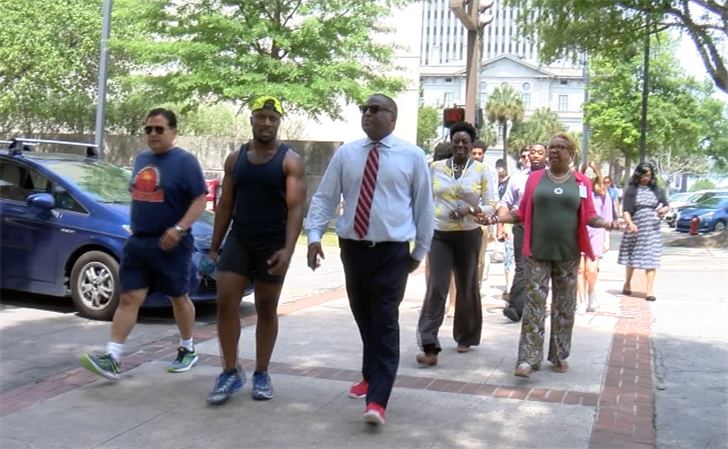 Move with the Mayor walks continue into Summer 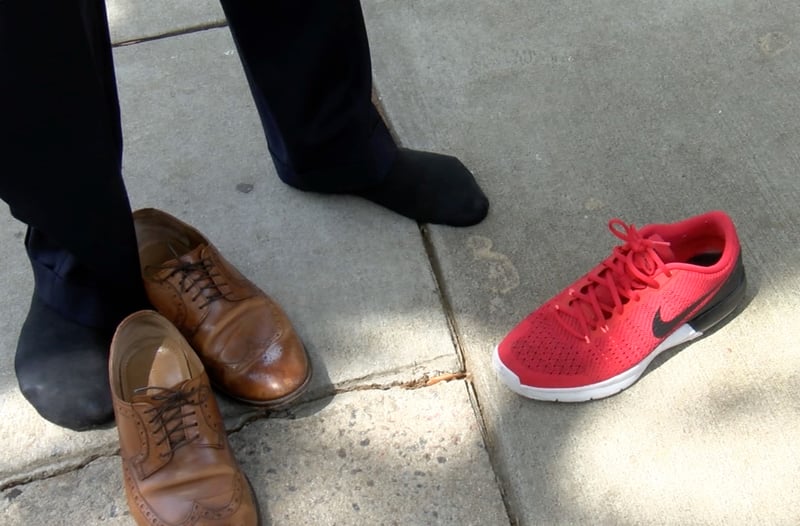 Mayor Steve Benjamin is trading in his work shoes for Nikes to walk with the citizens around Columbia. 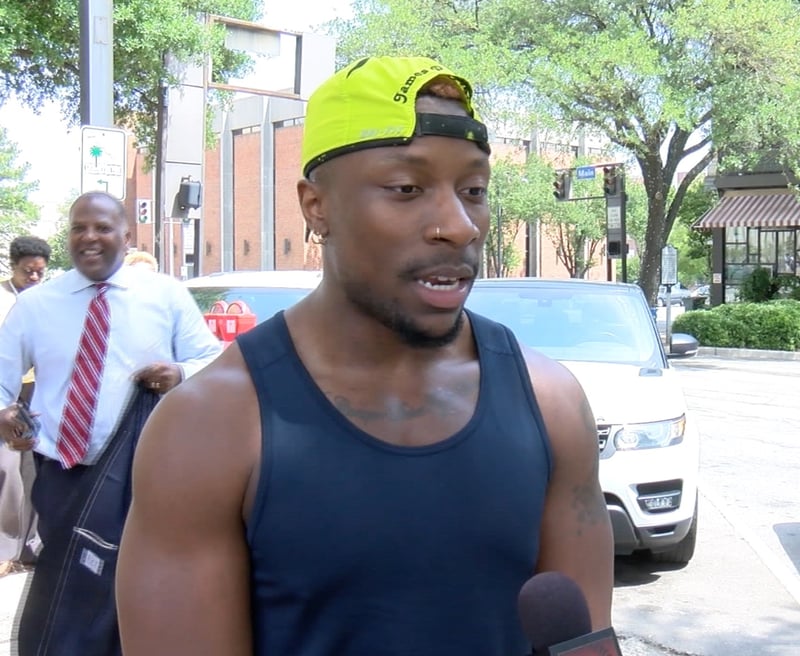 Personal trainer James Patrick helps with the walks and leads the group in stretches and exercises.

Weight-loss journeys can be hard to start, but even harder to follow through with. Men's Health magazine says their top fitness tip is to have a workout group to hold each other accountable. Columbia Mayor Steve Benjamin is taking that advice to a new level.

Benjamin was challenged by Jim Schmitt, the mayor of Green Bay, Wisc., in September to get in shape. Benjamin accepted the challenge and decided to ask the people of Columbia to join in with him.

He began leading "Move with the Mayor" walks along Main St. to different locations around town. On Wednesday, the walk was from City Hall to the State House and back. The group usually walks about a mile and a half and does some stretching along the way.

Benjamin says this is not only a personal journey for him, but also for the people.

"We want to introduce them to fitness, and maybe reintroduce those who have fallen off," Patrick says.

Benjamin says he has already lost 25 lbs. and has no plans on slowing down. The walks are set to continue throughout the summer with walks already planned for May, June, July, and August.

Official times and dates can be found at www.columbiasc.net/mayor. Everyone is encouraged to join.