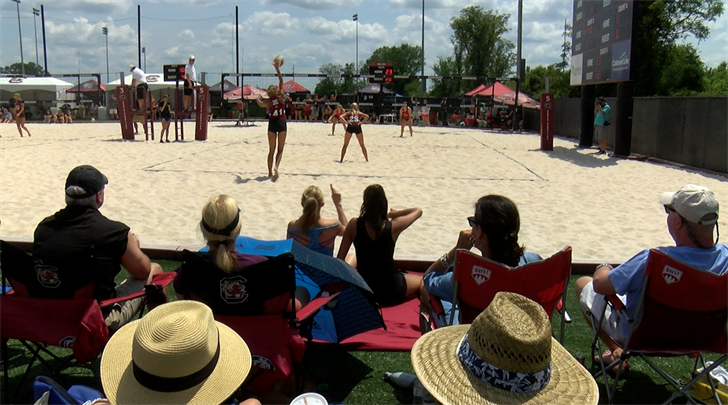 End of an era for USC's first beach volleyball team 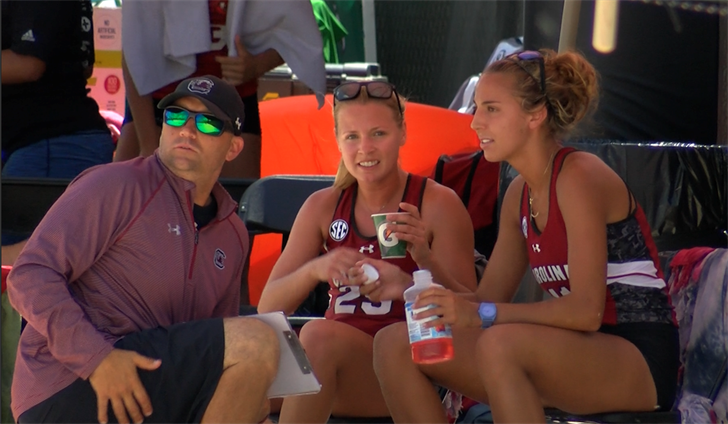 Head Coach Moritz Moritz says starting this program was a unquie opportunity and takes pride in coaching these girls. 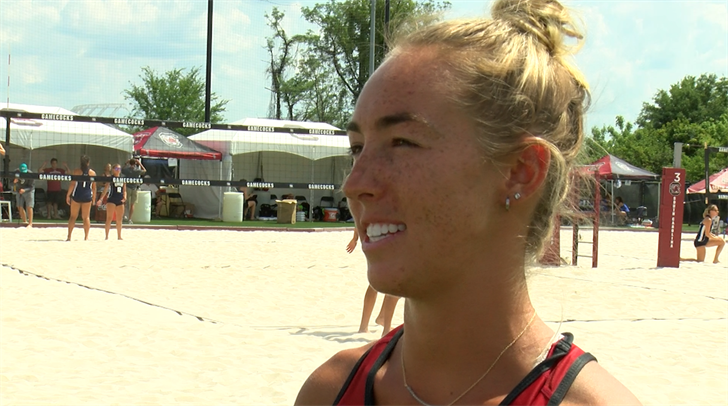 Senior athelete Jade Vitt says it was a honor to be apart of the founding program.

The 2017 season for the University of South Carolina’s Beach Volleyball marks the fourth season the team has been on campus. This also marks the last season for four of the team’s original players.

Seniors Jordan Wilson, Jade Witt, Helen Recaborde and Erin Neuenfeldt are the only players left from the first beach volleyball team at USC, and the first players to compete all four years on the team.

In 2014, the Gamecocks became the 31st NCAA team in the emerging sport, and the first in the Southeastern Conference.

“It’s definitely bittersweet, said Wilson, “I’m trying to enjoy every day, every moment, because you know, I’m never going to be on a team like this again.”

Head Coach Moritz Moritz said its been a unique opportunity to start a new program, and to watch these athletes grow. In 2014- 2016 seasons, the team won only 20 matches, but in 2017, they have 20 wins so far.

“We take a lot of pride in them as a staff. Sure we nudge and steer in the right direction, they're the ones that are really taking ownership in that. They're the ones taking the extra steps to achieve that success," says Moritz.

The four players say their time wouldn’t have been the same without their teammates. Wilson said the comradery is something that is special to them, while Neuenfeldt said there is no bond like the one she shares with her team.

“You wake up at 6 a.m. doing sleds with these girls feeling like you’re going to puke. You’re looking at each other, and you’re pushing each other. There’s no other bond like that,” says Neuenfeldt.

Graduation is less than three weeks away, and Moritz says, while these players, who have built the program, won’t be here anymore, they have a lasting impression on the future of the team.

All four plan on keeping their feet in the sand after graduation.