USC diver says it is special to go back home to South Africa and continue her underfeated streak. 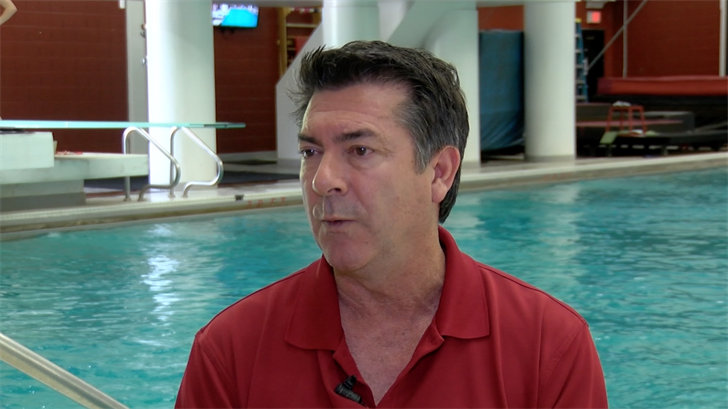 USC head diving coach says Vincent is the first diver he has ever coached he believes can win an Olympic gold medal.

Vincent, 22, traveled back home to compete in the one meter and three meter diving competitions in Durban.  She has been competing at nationals since she was 15 years old and is undefeated in the last three years.

These recent victories continue her successful year.  She competed in the 2016 Rio Olympics, won the SEC title, and finished fourth at NCAAs.  But she says her victories in her home country feel special.

"It actually means a lot because there was a period in my diving career for years I was constantly hitting fourth place," Vincent said.  "So to be able to go back home now and be undefeated since I've come to college is a really big thing for me."

Vincent's success is significant because she started diving late, at 14 years old.  She picked up the sport quickly, but her USC teammate Jordan Gotro, also an All-American, says Vincent was raw coming into USC.

"When she came in here there was no way she was ready to make the Olympic team," Gotro said.

Vincent agrees, saying her biggest weakness was her mental game.

"Before I came in I doubted myself a lot and I wasn't quite aware what I could do with my diving."

"Her climb has been incredible.  She's gone from, you know, not even finaling in our conference to winning it," Sherritt said.  "But I will say this...talent wise, I've never had anyone as talented as this. She's the first person I've ever had that I truly believe can win an Olympic gold."

Vincent's success at nationally and internationally, specifically making it to the Olympics, has shown the South African swimming governing body it should view diving on the same level of importance as swimming.

Sherritt has traveled to South Africa with Vincent for her meets and was the 2016 South Africa head diving coach at the Rio Olympics and has seen Vincent's affect on the sport there.

"They were reluctant to even send divers," Sherritt said.  "[South Africa] now changed their posture from maybe sending people to now sending people all the time and that was a result of her making the Olympic team."

Vincent's next goal is to travel to Budapest, Hungary this July and win a gold medal at Diving World Championships.