Tensions on the rise in the Korean Peninsula - DatelineCarolina Tensions on the rise in the Korean Peninsula 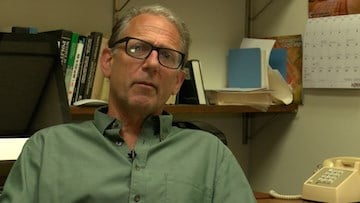 Tobias Lanz, a professor of Political Science at the University of South Carolina, says China is the key to pacifying North Korea 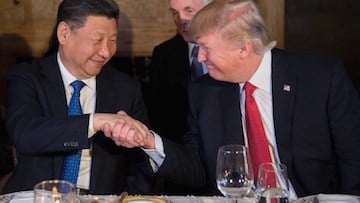 Global tensions have risen in the past few weeks, and now all eyes have turned to the Korean peninsula. North Korea recently celebrated the birthday of its "Dear Leader" Kim il-Sung by unsuccessfully launching another test missile.

The move has drawn the attention of Western powers, including the United States, who has recently moved navy ships into the Sea of Japan to counter what they call North Korean aggression.

The rogue state has increasingly been flexing its nuclear program with four missile tests in 2017 alone. These launches may not pose a direct threat to the United States, but they could put American allies, including Japan and South Korea, in jeopardy.

Typically the United States has taken a hands-off approach towards North Korea, but some experts say the key to a peaceful solution could lie in the Chinese capital, Beijing.

Tobias Lanz is a Political Science professor at the University of South Carolina. He says China, a crucial ally of North Korea's, wields power over the rogue state.

"You want to rely on China. They have the greatest influence over North Korea. You don't want the saber-rattling to continue without having an intermediary like China, who could put an end to this," Lanz says.

The United States may be leading the charge to find a solution to North Korea, but Lanz says America is not the only one that would benefit from a peaceful Korean Peninsula.

"It is to China and Japan's interest to have a pacified North Korea," he says.

President Donald Trump has recently changed his tone on China since the campaign trail. Trump has called the nation a "currency manipulator" and accused them of taking American jobs in the past. Two weeks ago, President Trump met with Chinese leader Xi Jinping, where the two discussed the possible threat of North Korea.

"In the past, the neoconservatives, [George] Bush, and the Clinton administration, and Hillary Clinton would have done the same thing: alienate Russia, and perhaps China too," he says.

The United States and China have had a rough history, but Lanz claims there could be a benefit in working with the Chinese government.

"If things go awry, we are not the only country bearing the responsibility," he says.

While tensions remain high in Southeast Asia, the controversial issue of North Korea seems to be bringing China and the United States to better relations.