The bright future of solar power in S.C. - DatelineCarolina

The bright future of solar power in S.C. 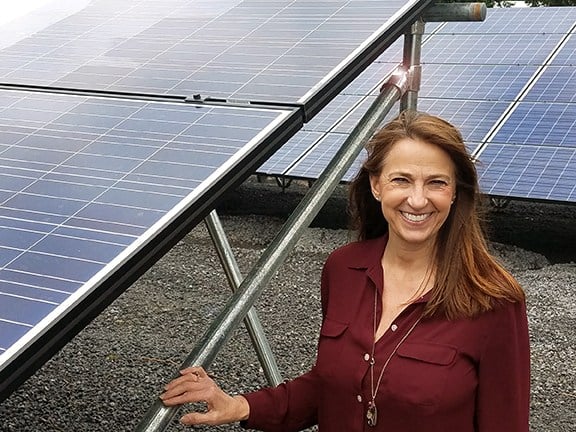 Phyllis Wood, office manager at the Art of Dentistry in Irmo, said that her office's system cost about $30,000. "From a purely financial perspective, it was a no-brainer," she said. 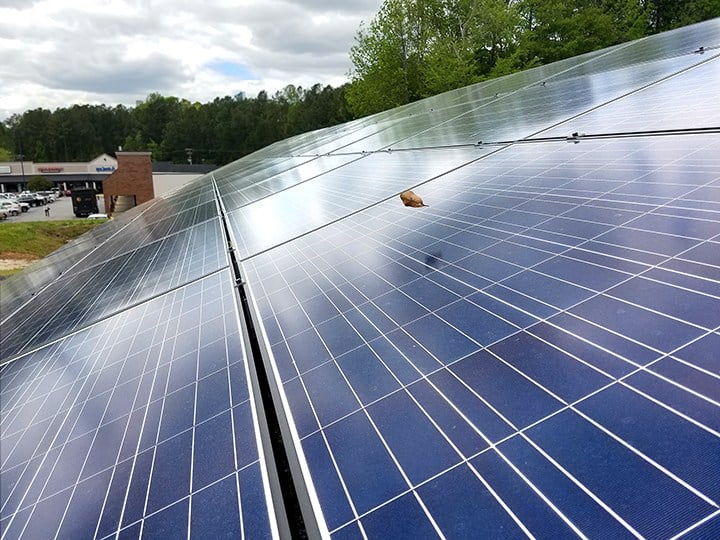 Commercial solar systems cost on average $1.75 to $3 per watt installed, according to a report from the public utility, South Carolina Electric & Gas. But new technologies are bringing those costs down every year.

As another bill encouraging renewable energy moves through the legislature, the future of solar power in South Carolina has more potential than ever for both homeowners and businesses, experts say.

“It’s such a good opportunity for everyone right now,” said Phyllis Wood, office manager at the Art of Dentistry. “I don’t think there’s ever been a better time for solar here in Carolina.”

Wood’s Irmo office is just one of several Midlands locations including the Carolina Ice Palace, the Columbia Museum of Art, and the Lofts at Printers Square, that have recently installed solar panels with hopes of cutting utility bills.

“Of course it’s important that we reduce our footprint,” Wood said. “But from a purely financial perspective, it was a no-brainer.”

Commercial solar systems cost on average $1.75 to $3 per watt installed, according to a report from the public utility, South Carolina Electric & Gas. But new technologies are bringing those costs down every year. Businesses with sufficient tax liability can also take advantage of federal and state tax credits with the purchase and installation of solar panels to reduce the cost – though costs do vary by installer. According to Wood, the Art of Dentistry’s system cost about $30,000.

SCE&G says businesses will typically recoup installation costs between 9 to 10 years. These lower prices correspond with a growing acceptance of solar energy in South Carolina. Even those who were initially cautious of this new industry, such as the individual homeowner associations around the state, are coming around.

“I don’t think anyone was ever genuinely opposed to the idea,” said Tommy Stallings, an Columbia realtor. “It’s just a matter of making the transition. A lot of communities have uniform homes. When you just put up one panel on one house, it breaks that uniformity. But as the price comes down, more people get educated, and it becomes more common place – I think it’s only a matter of time before it becomes the norm. I know for a fact a lot of communities are talking about it.”

“These solar systems will have to integrate with the already existing electric utility… but this integration is really just a hiccup as opposed to a speed bump,” he said. “It really feels like a new day with new approaches to energy. I think this is just the beginning. And the real winners here are the consumers. I think they’ll benefit the most.”

Wood warned, however, that consumers need to be cautious of those taking advantage of the growing interest in solar power.

“There is no such thing as free solar,” he said. “There are scammers out there who might tell you otherwise... I won’t name any names, but they’re out there. People need to be careful and do their research.”

Trish Jermane, manager of energy programs at the S.C. Office of Regulatory Staff, a state agency charged with representing the public interest in utility regulation, confirmed this.

The website Jermane referred to is GreenEnergyTribune.com, but it is believed that there are several other fake solar power websites online that consumers need to be cautious of.

“Just to clarify,” Jermane said. “Solar power is still a great opportunity for South Carolina. These scams in no way overshadow the great possibilities it provides.”

At the state legislature, the Senate has already passed a bill that would exempt 80 percent of the fair market value of certain distributed energy resources and the value of renewable energy resource property for residential use.

This exemption would apply to business property, manufacturing property, and utility property in service after 2012. The bill is now awaiting action in the S.C. House.