Are you tuning in?: Podcasts are picking up a new attentive audi - DatelineCarolina 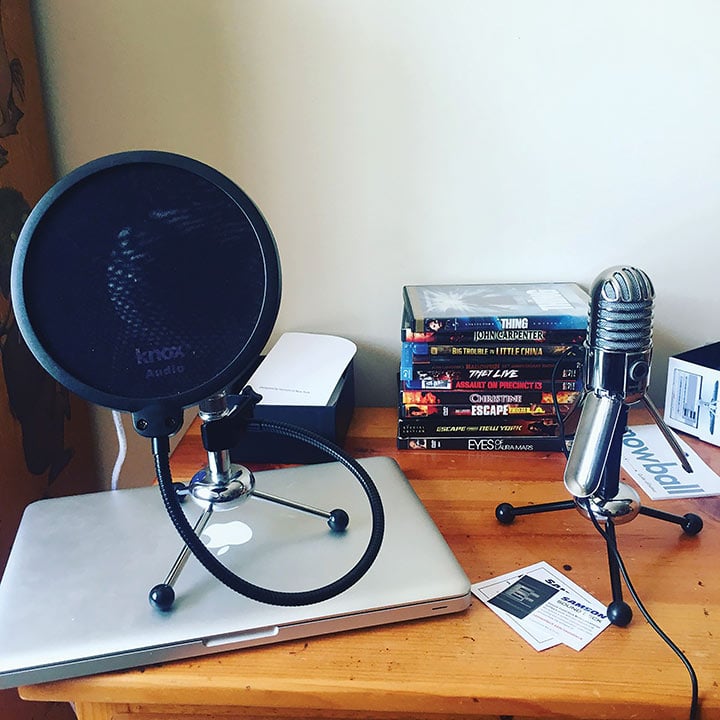 Are you tuning in?: Podcasts are picking up a new attentive audience

Gavin Blanchard, 29, started a podcast about the film director John Carpenter. He holds a master's degree in entertainment business. 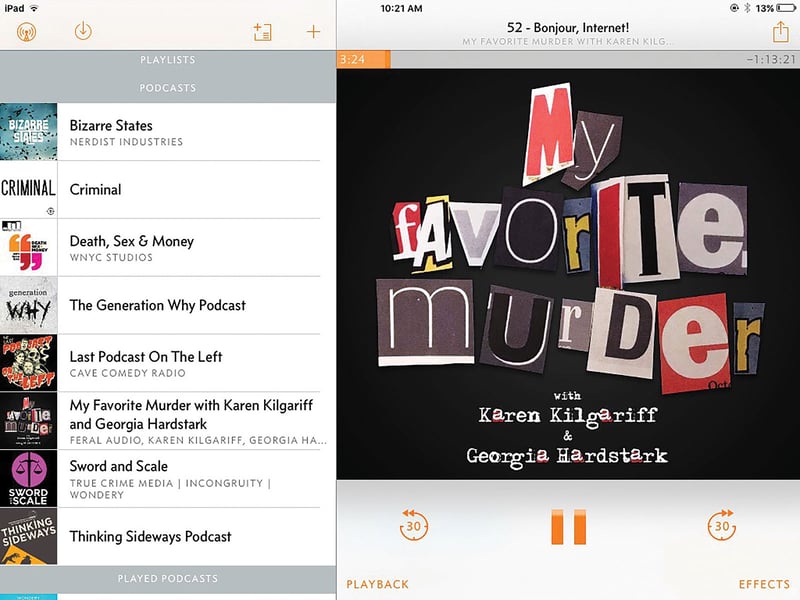 Apps like Overcast give listeners an easy-to-use way to organize the podcasts they listen to, and let users listen on or offline.

In 2000, Pakistani teenager Adnan Syed was convicted of the murder of 18-year-old Hae Min Lee, who was strangled and buried in a shallow grave in Baltimore County, Maryland.

Authorities pointed fingers at Syed, her ex-boyfriend, introducing cell phone records and the testimony of friends. Syed was sentenced to life in prison plus 30 years.

Flash forward fifteen years. A lawyer and family friend of Syed’s who had lingering questions about the verdict reached out to producers at a radio show.

Sarah Koenig, a reporter at “This American Life,” began investigating the case and launched the “Serial” podcast, a weekly audio program that became an international phenomenon, with millions downloading the episodes.

In 2016, Syed got a new trial and now millions are watching his case, thanks to “Serial.”

Now podcasting seems to have come of age.

When a user scrolls through podcast apps like Stitcher, Overcast or the app that iTunes offers, podcasts about almost every genre imaginable jump out. Comedy, finance, law, history, politics, human interest – there’s a podcast for everyone.

Colin Miller, professor and associate dean for faculty development at the University of South Carolina School of Law, knows the power of digging into a case through podcasting.

While “Serial” aimed to give an objective view of Syed’s case, Miller and his co-hosts, one of whom was the family friend who originally contacted Koenig, made the podcast to challenge Syed’s guilt.

“Undisclosed,” which started in April 2015, has kept its focus on the wrongfully convicted. Weekly, Miller and his co-hosts Susan Simpson and Rabia Chaudry, discuss some aspect of the current case they are covering. The episodes run about an hour, and with each episode, case files and references are posted. These references could be videos or photos from the case, infographics detailing some aspect, autopsies, or court documents.

All three hosts share the responsibility to plan out the contents of the episodes.

Each week, one will script out talking points or a full draft of the episode on Google Docs, Miller said. They record the podcast using a Skype three-way audio call. Each one of them records their own audio using an app called Audacity. An audio producer goes through the podcast, making sure the sound is good, because audio quality is important to the success of a podcast, according to Miller.

As podcasts get more popular, listenership is going to go up, Miller said. Miller predicts that the market is going to get saturated.

“It seems like it’ll eventually get to the point like TV now where there are just so many quality TV shows that some will get lost in the shuffle and probably there are already podcasts like that,” he said. That’s why Miller believes that solid storytelling, good sound quality and unbiased, well-researched content is so important.

On their first season of “Undisclosed,” the background storytelling wasn’t as important – Koenig and “Serial” had already laid the groundwork of the case. So when season two came around, Miller says they struggled with storytelling, since they hadn’t had to stress about it in the first season.

“You want to get a listener emotionally invested to understand – here are the stakes, here’s what happened in this case – and we can go from there as opposed to presupposing some type of knowledge by the audience,” Miller said.

Miller, 40,  said he is never fully satisfied with his work on the podcast.

“I’m always trying to work on it and improve and make it better. I like to listen to the other podcasts out there and see what other people are doing and what I can learn from them,” he said.

Podcasting is a popular medium to use for those that want to get their ideas and input out into the open. One reason is the flexibility: they can be listened to anywhere and the long-form style is popular. Another reason is that podcasting has a fairly low cost entry.

Miller borrowed a microphone from the law school and purchased his portable recording booth using ad revenue from the podcast.

He said he could certainly be using his time to do something that would allow him to profit, but does the podcast because he believes it is a worthwhile project.

Miller has a very easy to recognize voice, so he has received attention from the podcast.

“I’ve been walking around town and sometimes people will stop me and say ‘hey, you’re that guy from that podcast right?’ So yeah, I mean it’s not like a huge celebrity or anything, but every now and again I have people recognize me,” he said.

Gavin Blanchard, 29, knows how convenient podcasts can be.

“You can clean, you can go to the gym, you can drive and find out, whatever subject you’re interested in, you can find out information about it, just by listening to it,” he says. And the subject of Blanchard’s podcast? Cult classic movie director John Carpenter.

He drives to Charleston to see his brother and record the podcast as much as he can. They go back through each of Carpenter’s movies chronologically, looking at each film and how they fit into Carpenter’s career.

They haven’t released the podcast yet – its release date is set for May 1, 2017. Right now, they are just recording and getting the word out. They have set up a webpage for the podcast, along with Twitter and Instagram accounts.

Blanchard’s budget for “Carpenter Revisited” has been pretty low as well. Some of the equipment the brothers use was a gift, so all Blanchard has had to buy was a microphone and the DVDs of the movies. He doesn’t consider the price of travel as a cost for the podcast – he uses it as a reason to hang out with and chat with his brother.

“But I’m not personally invested in making any money off of it because I just like the idea of it … at the end of the day, it’s kind of cheesy, but it’s just an excuse to sit and talk to my brother,” he said.

Dodson, a junior broadcasting student, agrees with Blanchard that podcasts are convenient.

Dodson, 20, along with two friends, makes a podcast called the “Living Water Boys.” Their podcast is about sports and church life, as Dodson is heavily involved in his church and the other two hosts are both preachers.

They talk weekly about current sports, including tournaments like the NCAA's March Madness and the Masters golf tournament. Along with sports, they talk about faith.

“It’s very opinionated and debate-like and the church life aspect is … we kind of, you know, share our stories and that’s usually a shorter segment, it’s like ten minutes long and it’s not like anything seriously theological or something like that, it’s more just kind of the funny stories of church life, if you will,” Dodson said.

The guys on the show are spread out, recording remotely from three different states. Dodson started out just producing for the podcast, working the audio and posting the finished product on SoundCloud, but after a few episodes, he joined in on the chat.

Dodson enjoys podcasting and even plans on becoming a part of more than one.