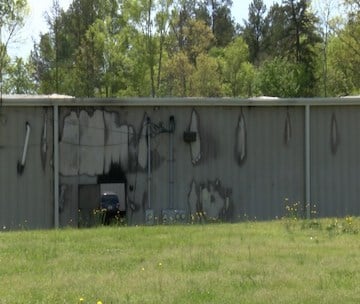 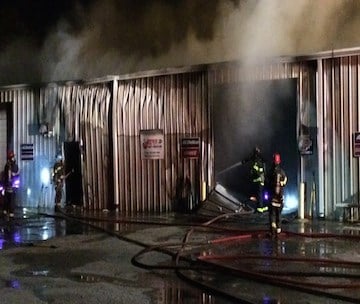 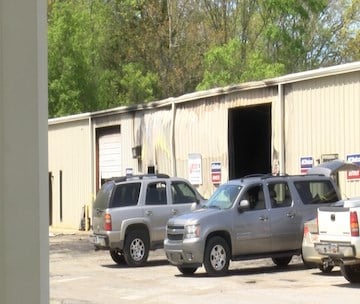 A Lexington family is devastated after their auto repair shop on Chapin Road burned down Monday morning.The fire is estimated to have caused over $1 million in damage to the Jones' family auto shop and the three cars that were inside.

The blaze was reported around 12:30 a.m. on Monday. Fire crews found a raging inferno when they arrived on the scene.

One of the Jones' family members fainted when he saw the remains of the shop. He was taken to the hospital.

Jenna Voelker is a member of the Jones family. She said that the auto shop meant the world to the owner, Sid Jones.

"He spends all his time up here. They're never closed. I can't imagine your life's work all of a sudden not being their one day," Voelker said.

The cause of the fire remains unknown and is still being investigated by Lexington officials.

"We're thinking it was an electrical fire that caused it. And then of course, all of the flammable stuff in there didn't help," Voelker said.

The midnight blaze left the Jones' auto repair shop obliterated and the three cars inside were destroyed. Much of what remains is covered in ash. But this may not be the end of the shop.

"I heard Frank say something about tearing it all down and rebuilding," Jones said about the future.

There were no injured in the auto repair shop fire.