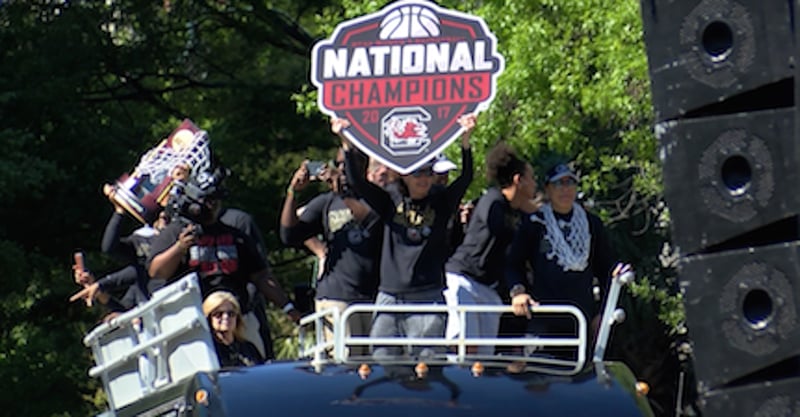 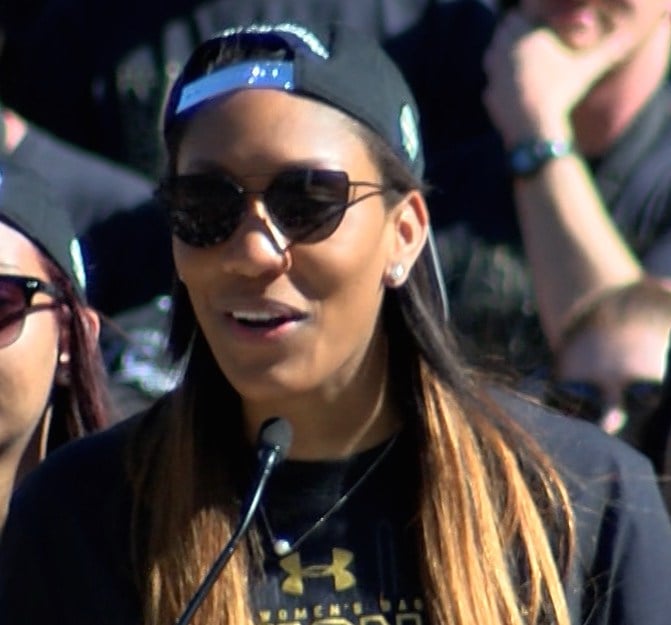 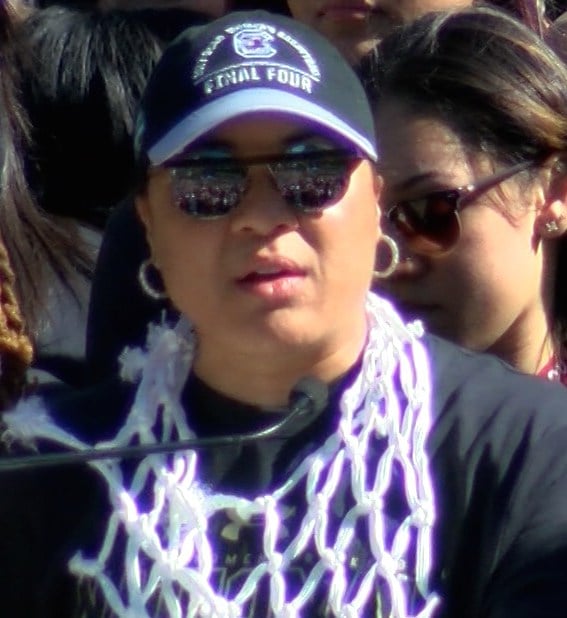 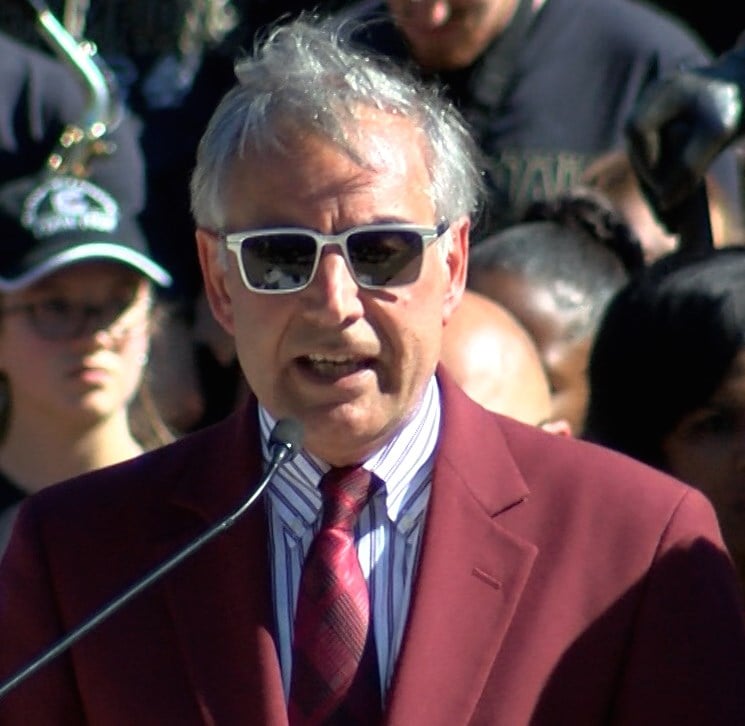 USC's Women's Basketball team celebrated winning the NCAA National Championship by having a parade along Columbia's Main Street on Sunday. Fans filled the sidewalks as the team rode through the city on a double-decker bus, before taking the stage at the State House. Many fans, like Kervin Simms, cheered and shouted their love for the players.

"I'm looking forward to getting with my girls Alaina, A'ja, Watts, Davis, as well as Harris. I love my USC gamecocks girl," Simms says.

Players like A'ja Wilson shared her love for the fans.

"There will be games where it's really not going our way, but we hear the fans in colonial, and y'all really speed us up, and we thank you for that," says Wilson.

USC President Harris Pastides says the team worked hard all season, and believed in themselves.

"They had a child-like belief that anything was possible this year. No team would be against them," says Pastides.

Head Coach Dawn Staley says the team owes this victory to the loyalty of their fans.

"Nobody besides the people that are right here in the state of South Carolina, in the city of Columbia, believed that we could be standing here right now," says Staley.

USC student Quenisha Jones says celebrating the win is a good feeling for all the Gamecock fans.

"It feels really good, cause when I go home and people who like Clemson, and I can just be like well, we won a National Championship," she said.

But even Clemson fans like Ryan Faulkenberry were there supporting the team.

"They came together as a community, as a state, and they represented our state," says Faulkenberry.

As the community came together for the event, Columbia Mayor Steve Benjamin provided the biggest reveal of the day.

"From now on, you come down to the Colonial Life Arena, you'll pass Lincoln street from Pendleton to Assembly, which will here for now be known as Dawn Staley Way," says Benjamin.

The crowd cheered in reaction to the news, as Dawn Staley hugged the mayor. The street name has already been officially changed