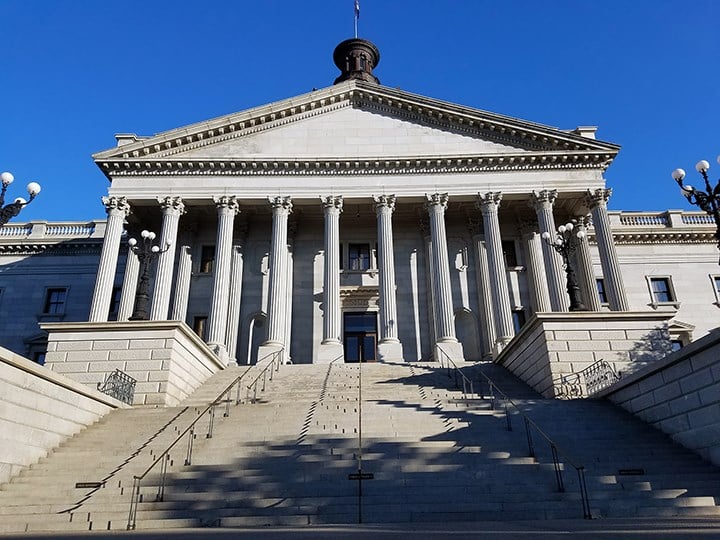 A new bill introduced by Sen. Nikki Setzler would create an independent panel that would draw new congressional district lines. This map would then put forth for public approval.

Legislation that would create an independent panel to draw future congressional districts is making its way through the South Carolina legislature, although its prospects are dim.

The bill, introduced by Senate Minority Leader Nikki Setzler, seeks to amend the current system by which district maps are drawn by the General Assembly – a system that has been criticized for misrepresenting the state’s minority population. In South Carolina, as in other states, the party in power draws legislative and congressional districts after each U.S. census. In South Carolina, Republicans have controlled the line drawing for several decades, ensuring that potential Democratic opponents are squeezed out of viable districts.

"I think it'd be good for South Carolina,” Setzler, a Lexington Democrat, said. “I think we have to take the politics out of the district lines."

“The hyper-partisan gerrymandering has gotten out of hand,” Clyburn said. “The packing and stacking of minority voters are producing congressional and political districts that do not reflect the diversity of their jurisdictions and need to be fully and judiciously addressed.”

This political push follows a similar national movement led by the National Democratic Redistricting Committee, headed by former President Obama and former Attorney General Eric Holder. The NDRC aims to help Democrats win statehouse seats nationwide in order to have a larger say in the redistricting process. But this may be difficult to accomplish in South Carolina with current district lines.

Between 1993 and today, counties with large black populations were placed within Clyburn’s 6th congressional district. This has resulted in what Setzler believes to be under-representation of minorities in other districts, and the resulting formation of majority white districts throughout the rest of the state.

In 2012, the then-Democratic Party chairman Dick Harpootlian challenged the state’s district lines after six black voters filed a lawsuit against what they called, “voting apartheid.”

A panel of three federal judges upheld the districts, however, which had been approved by the Republican-controlled General Assembly.

Today, the black population in Clyburn’s 6th District is 381,321. This is significant when compared with the 2nd District’s black population of 165,498 and the 5th District’s 195,011, districts that lie adjacent to the 6th.  Hope Derrick,  a Clyburn ally and former communications director, thinks that is a problem.

“Certain populations are being packed into some districts and pushed out of others,” she said. “It eliminates competition and we all pay the price for that… It’s going to be difficult for there to be any change in the status quo. I just hope that people see this sooner rather than later.”

Setzler’s bill faces an uphill battle in a State House where Republicans control the governorship and both legislative chambers.  The measure resides in the Senate Judiciary Committee and has support from both Sen. Mia McLeod. D-Richland, and Sen. Mike Fanning, D- Fairfield.

"I think they (the General Assembly) might not want to give up that power,” Setzler said. “But it's important to fight for it regardless."

Senate Majority Leader Shane Massey, R-Edgefield, didn’t respond to a request for an interview, but was quoted by The State last year saying that he would be, “reluctant to give up that authority to an outside group.”