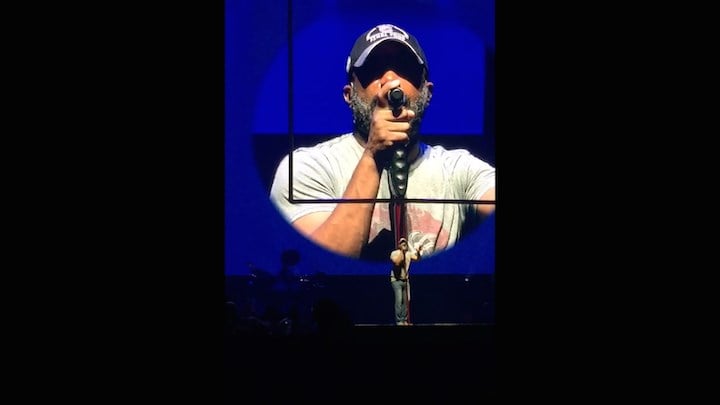 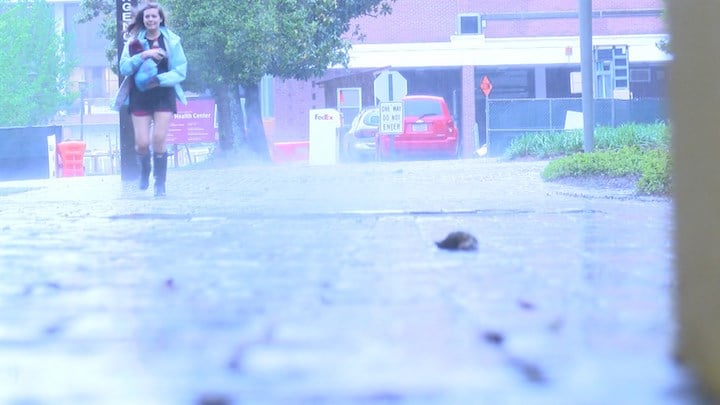 Heavy storms made travel difficult, but many students braved the weather to make it to the concert.

Wednesday's massive storms closed schools, including USC's campus, and roads were flooded, but nothing could stop Darius Rucker from performing the free concert he promised USC students.

Colonial Life Arena was packed with excited fans despite the storm and flooding. Thousands of students came out to see the promised concert, which Darius Rucker agreed to do if the USC football team won six games in the 2016 season.

A special stage was constructed to look like the Williams Brice field, complete with a field goal on one end, turf painted with yard lines, and a gamecock painted at the other end. President Harris Pastides made a special appearance, accompanied by basketball coaches Dawn Staley and Frank Martin, as well as the football team and the USC band.

Before Darius Rucker came on stage, students got hyped up with the popular pre-game 2001 Space Odyssey video that features Williams Brice Stadium, as well as a few highlight videos showcasing the best moments in the 2016 football season.

"Even with a tornado watch, I'm swimming to the concert," one student told us before the concert.

But many other students say they wish the concert had been rescheduled because they did not feel safe going.

"I decided not to go. The weather was really bad and I didn't know how to get there," says USC student Brenna Connelly. "I didn't want to walk since it's kind of a far walk in the rain, and I also didn't want to take my car because I didn't want to get water damage with it. So I decided just to stay."

The storms had passed over by the end of the concert, and students say it was worth the walk through the rain to attend.