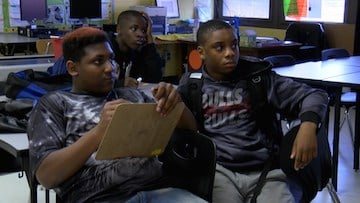 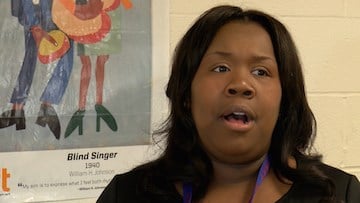 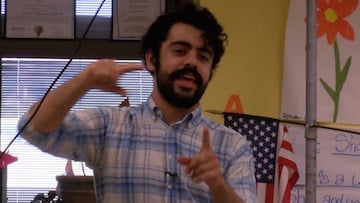 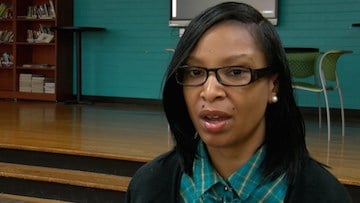 Tory Wilson, like many parents around the country, is concerned about where her daughter will go after school if the programs are eliminated

The school bell rings at W.A Perry Middle school at 4:00 in the afternoon. But for many students, the learning isn't over just yet.

"Our overall focus is to expose our students to things they might not experience otherwise, as well as things in line with the curriculum that they are learning in class," Young said. “They also get a chance to focus on curriculum based learning too, and they are able to get more individual attention which can be really valuable for students.”

President Donald Trump wabts to eliminate funding for these after school programs. In his federal budget proposal, the President asked congress to completely ax funding for the 21st Century Community Learning Project, citing evidence that the program does not produce sufficient results.

Pedro Lopez De Victoria is the media studies educator at W.A. Perry's after school program. His media class covers music videos, tutorial videos, social media, and even animation. He says that president Trump's criticism of the program misses the point.

"Any kind of exposure to any kind of media, education, or resources is almost like dropping a pebble in a pond, and the ripples that come from that are unquantifiable," De Victoria said.

Tory Wilson is a working mother and a student at the University of South Carolina. Her daughter is a 6th grader at W.A. Perry. The after school program helps Wilson juggle college, work, and parenting. She disagrees with the president’s proposal.

"That's the craziest thing I've ever heard, because there are so many parents that are just like me that need this program so they can have a safe place for their children to go."

“I really like the Nickelodeon class because of its hands-on learning type of way,” she said. “We watch videos, write down a lot of good vocabulary, we even make our own videos and movies.”

W.A. Perry’s after school program gives students an opportunity to expand their intellectual horizons. That’s something that Lopez de Victoria says he thinks is valuable.

“Cultivating a love for media, art, film, and all of these things can do a lot for us. It’s something that basically I wish I had when I was this age,” Lopez de Victoria said.

President Trump is calling for the elimination of funding to after school programs like W.A. Perry’s, but ultimately it is congress’ decision to make.