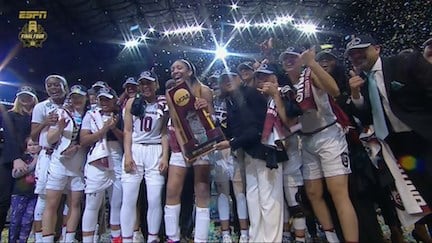 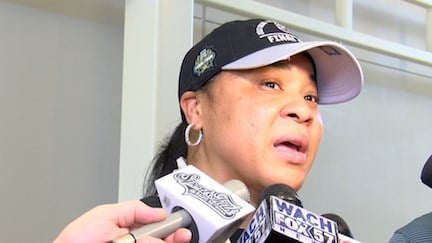 Coach Staley says her players will be missed but is glad to have given them a platform to make it this far. 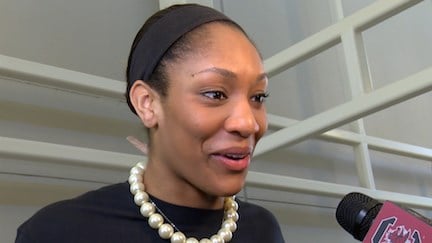 Junior Forward A'ja Wilson wants her teammates to live out their dream.

Head Coach Dawn Staley confirmed reports that Junior Guards Kaela Davis and Allisha Gray will be leaving. Davis and Gray were expected to stay for another year but were given the opportunity of a lifetime after their championship run.

Coach Staley says they will be missed but is glad to have given them a platform to make it this far.

"We could do some things next year, but it's God's plan and I'm not going to question it at this point when I have a national championship net around my neck," Staley says.

Junior Forward A'ja Wilson had well wishes for her teammates.

"They're living out their dream and that's what I wanted for them. Their goal was a national championship. I mean who wanted to leave on that? If I could I would," Wilson says.

For now, the entire team will continue to celebrate together, something Wilson may have seen coming.

"It's funny because the night before the game I had a dream about celebrating in a parade," Wilson says.

That dream will come true this Sunday. The parade to celebrate the Gamecock's national championship will be at 3 p.m. along Columbia's Main Street.