Art springs up around downtown Columbia 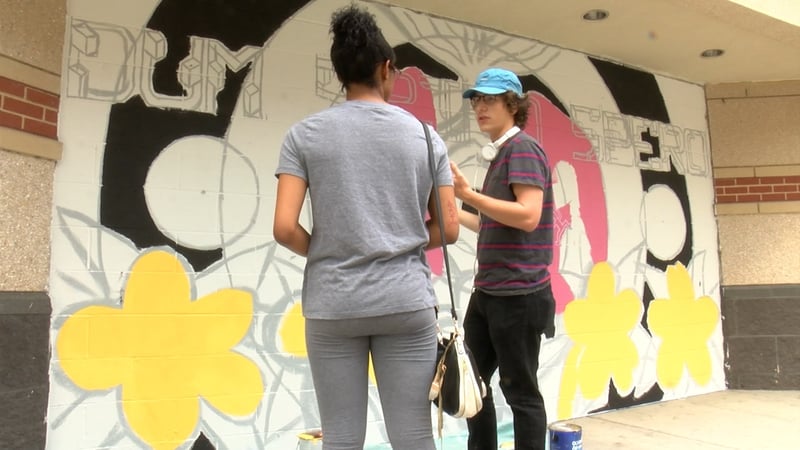 Alex Rusnack says his favorite part of painting his mural has been interacting with people who walk by. 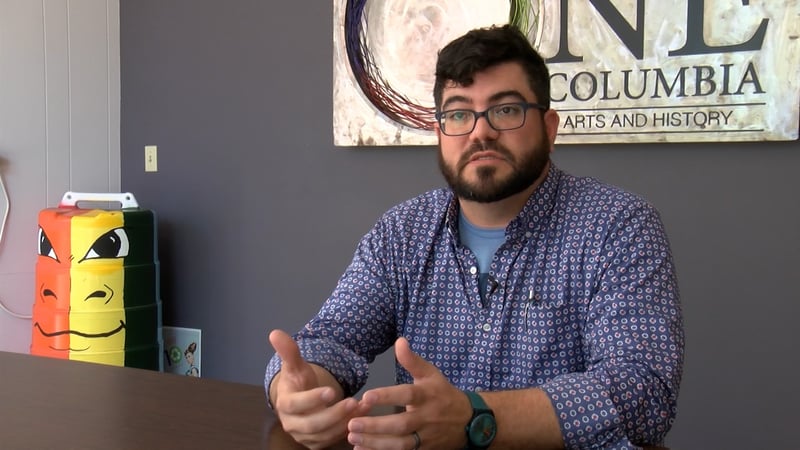 You may have noticed a lot of murals springing up around Columbia recently. That's because the nonprofit One Columbia is using Midlands artists to make the city feel more vibrant.

USC student artist Alex Rusnack is one of those commissioned to paint a mural, and his work is featured near the intersection of Taylor and Sumter Streets. He says he wants to create a mural that invokes a feeling of hope.

"This mural is focused around the state motto, which translates from Latin as, 'While I Breathe, I Hope,' " says Rusnack. "I wanted to center this around hope because when people see it, it really changes the way their mood is, and it changes the way people think about the city."

"It brings tourists to town, it gets people excited, and it showcases the art we have," says Snelgrove. "When people are walking the streets, there are brick buildings all over, but that is not as visually interesting or exciting. It doesn't reflect our city's identity as much as public art would."

Alex Rusnack says he has loved getting to talk with people about his work when they walk by.

"They enjoy seeing the work and participating in the creation of it," says Rusnack. "I think that's the important part for the city. It's that unity in the city of Columbia."

Alex hopes to finish his mural by the end of April as he juggles school work and artwork. You can see the completed work in Columbia's downtown just off of Main Street.