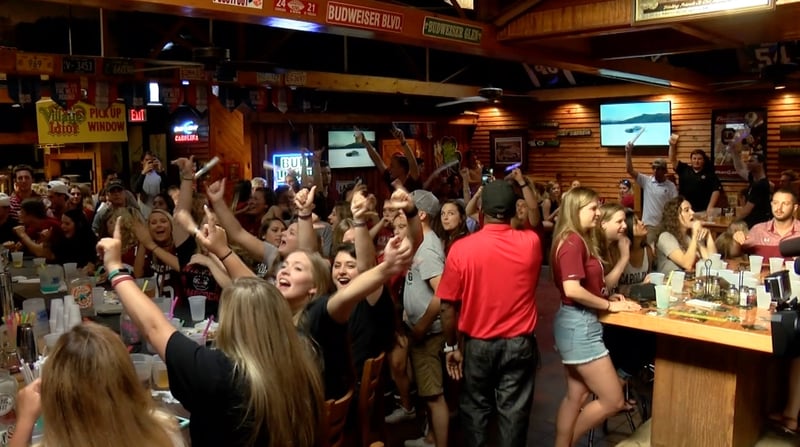 Lines stretched hundreds of people deep at most Five Points bars and restaurants for games during the tournament. 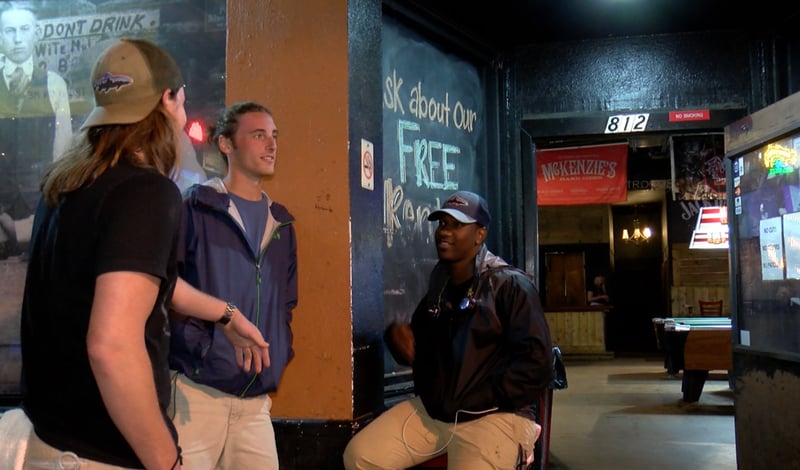 The extra income allowed bars to tip bouncers and assistant bartenders extra and give all of their employees bonuses.

March Madness hit Columbia with full force this year. Both the men's and women's basketball teams made it to the Final Four and the women's team went on to win the first National Championship in program history.

But for many students, the high prices kept them from traveling to watch the games in person. They flocked to popular Five Points bars to catch the action.

Just how many people came out to raise a glass for the Gamecocks this March? Enough to make a big economic impact, almost equal to Five Point's biggest weekend of the year.

"We were fortunate enough to have both basketball teams do so well this year," said Five Points Association Executive Director Amy Beth Franks, "And the economic impact that had on Five Points is almost as big as St. Patrick's Day, which is huge."

But bar and restaurant owners say their sales may have been even bigger than St. Patrick's Day.

"Saturday night, it was busier than St. Patrick's Day in here. It was crazy," said Publico Kitchen and Tap owner Michael Duganier, "We did our best to accommodate every one, but if you wanted to sit down at a table to order food and drinks, the wait was basically tomorrow."

Lines wrapped at least one hundred people deep around almost every bar and restaurant in Five Points an hour before tip off for Saturday's men's Final Four game. They stayed that way throughout the rest of the night.

"I would say the Sweet Sixteen game against Baylor it was pretty nuts here, but the next game against Florida is when we realized what a big deal this was becoming," said Five Points Saloon Head Bouncer Ryan Anderson, "And then for the Final Four game against Gonzaga, we were planning on opening at five. A few employees got here at four to open up and there was already a line of about two hundred people."

The impact of the Gamecock's success in the tournament has been bigger for bars and restaurants than any other sporting event this year. The Sweet Sixteen, Elite Eight, Final Four, and National Championship games brought in bigger crowds than any football games, home or away.

"Usually football season is huge for us, we have constant lines and a packed house," Anderson said, "But due to the tournament and the outcome of how well we did, I would say that even without St. Patrick's Day, March is going to be our biggest month of the year. By far."

Bars and restaurants usually use the money they make during St. Patrick's Day to get them through the slower summer months. But with the extra income this year from the tournament, they were able to give their employees bonuses and some may even be adding new additions to their bars.