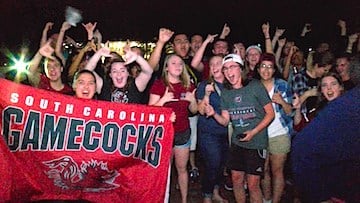 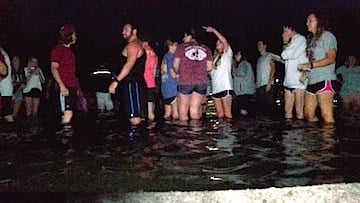 Students crowded in to the Thomas Cooper Fountain on campus to show their love and support for their women's team. 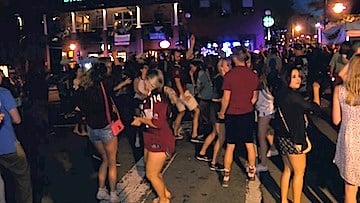 Gamecock Nation danced and cheered around the fountain in Five Points as the Gamecock Women's basketball team secured the championship.

Once the clock hit triple zeros and the confetti fell in Dallas, Gamecock nation flooded the streets of Five Points to celebrate the victory. Sounds of fans cheering "USC, USC, USC" echoed off the buildings.

"We're so happy the women won, we deserved it," one fan said. "They've worked so hard and we have an incredible team."

The men's basketball team lost in the Final Four game the night before, but people still came out to support the women's team, one of the best in the nation for years and finally National Champions.

Caroline Clarkson has been a fan of the Gamecocks for years and said that she is excited for the Carolina women.

"They did us proud and led us all the way," said Clarkson, "it's an outstanding day in Carolina."

While fans cheered in the streets of Five Points, students filled the Thomas Cooper Fountain on campus, chanting the iconic "Game...Cocks."

"It's a once in a lifetime opportunity and we just had to jump in with everyone," one fan said.

"I am excited," another student shouted.

Gamecock nation enjoyed every second of the madness during March, but nothing was sweeter than the victory in April.