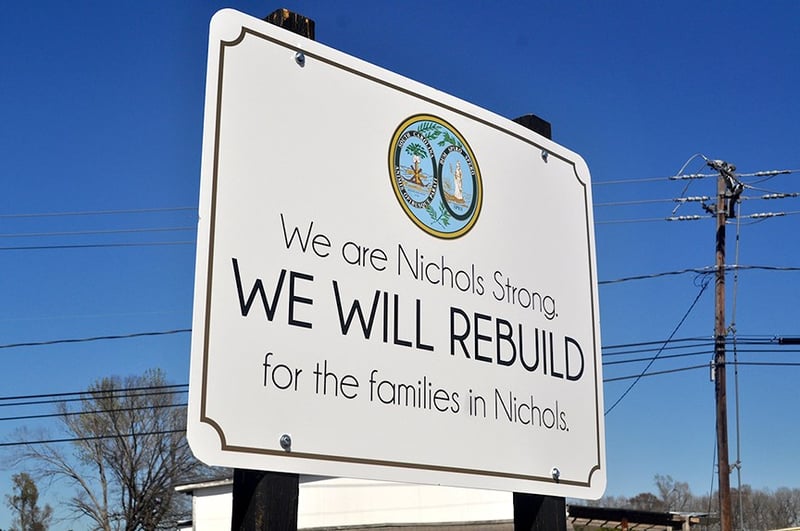 Nichols: A town still in need 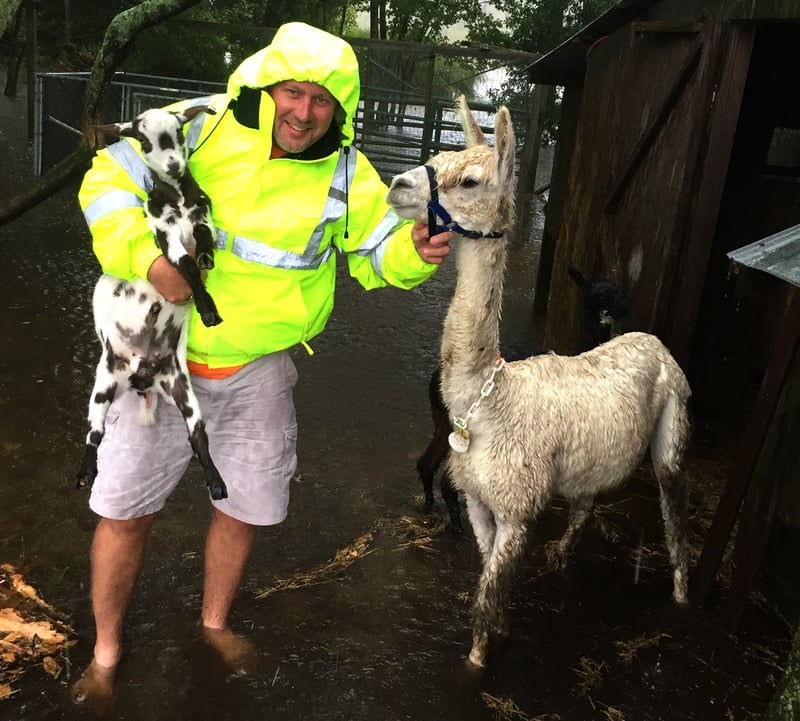 Joey Mincey, of Nichols, had to move his animals quickly once the flooding began in Nichols. The flooding caused the Little Pee Dee River to reach depths of over 17 feet, which is eight feet over the flooding level. 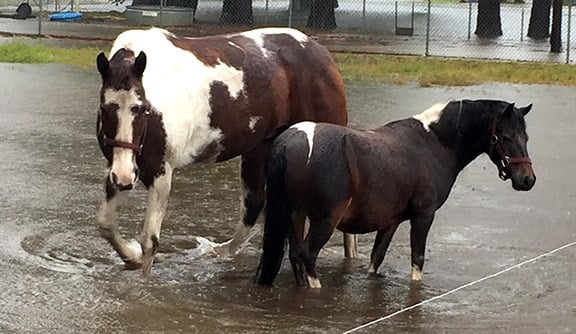 Many farm animals throughout the area had to be rescued by helicopters and boats. Joey Mincey was able to get his horses, pictured here, to safety. 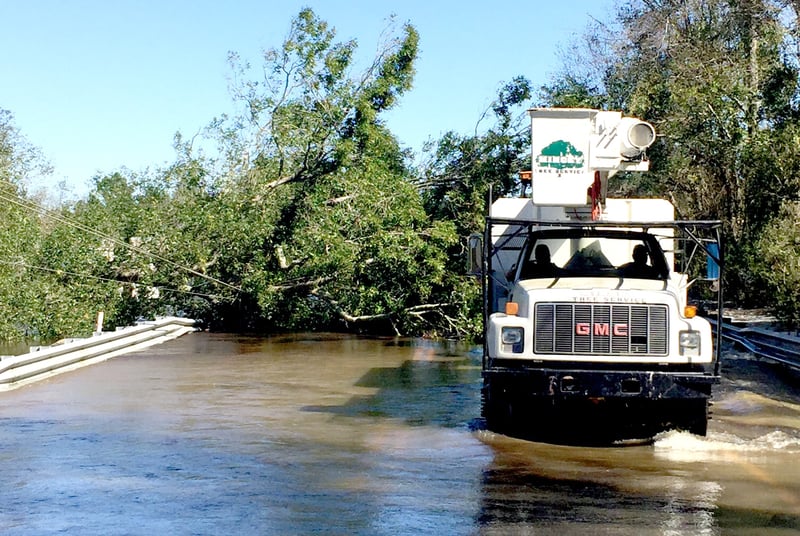 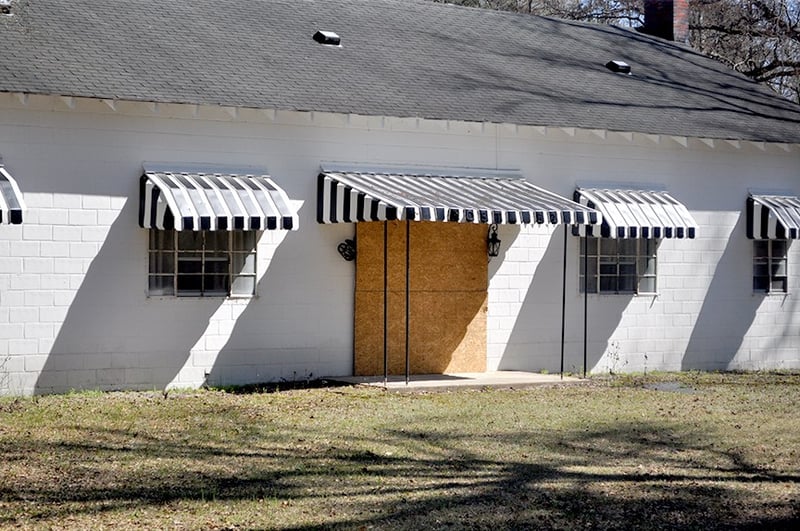 Almost every building in Nichols is boarded up like the American Legion from flood damage. All of Nichols' businesses and churches were damaged by the flooding.

In Joey Mincey’s barn, flood waters rose rapidly in the early hours of Oct. 8, and his animals grew more frantic. He also knew his neighbors in the small town of Nichols were calling out for help.

“Some of our goats were standing on chicken boxes, just to get out of the water,” Mincey said. “Some of our animals were up to their stomachs in water.”

He got his animals to safety and joined other town residents and the Nichols volunteer fire department to rescue neighbors, family and strangers stranded in the rising waters.

Now, nearly six months after the devastation caused by Hurricane Matthew, many town residents still need to be rescued, and the town has looked to the state legislature for a financial life preserver. Nichols has requested $700,000 in state aid.

Mincey, 44, knew things were only going to get worse once he saw the water rising in his barn.

Once the animals were rescued, Mincey, who owns a tree cutting service and the impromptu crew went to work with backhoes, chainsaws and john boats to clear Highway 76.

“One of my guys [employees] lives in the town of Nichols. I took my F-250 and backed up to his front door, so his family could get out. I was able to take them to a place in Mullins where they could find higher ground,” Mincey said.

Nichols wasn’t directly hit by Hurricane Matthew, but the storm dumped 20 inches of rain on the region. Nichols, which straddles the border of Marion and Horry counties, lies between two rivers, the Lumber and the Little Pee Dee. Both rivers rose and overflowed their banks, sending flood waters rushing through the town. Most of the houses were devastated.

Nichols had a population of roughly 400 people before Hurricane Matthew ravaged the coast. A month after the storm, only about 30 people were able to return to their homes.

Mincey’s mother, Patsy Mincey, 67 has lived in Nichols her entire life. She has never seen such flooding.

“The storm pretty much devastated Nichols,” Mincey said. “I don’t know if it can ever be rebuilt back. It’s still pretty devastating.”

Citizens turned to the government for help. The Federal Emergency Management Agency, charged with assisting citizens in times of emergency, has approved more than 11,608 applications to help with flood damage caused by Hurricane Matthew. These 11,608 applications have yielded close to $39 million, according to FEMA.gov. Almost $32 million of that money has been strictly allocated for residents needing to fix or replace housing.

Most of the residents had to depend on each other for help.

“That’s just how it was. Anybody that you knew needed help, you helped. We had to help one another,” Patsy Mincey said.

The town once had four police officers and police cars for all four officers. The floods destroyed three of the police cars and forced the town to reduce its police force down to officers to use the sole remaining vehicle.

One of the two fire trucks used by the town was completely destroyed. This leaves the town of Nichols with just two emergency response vehicles.

A lot of the town’s roads and bridges were washed out, making traveling difficult, Mincey said.

“You couldn’t go through Nichols for a month. Maybe two months,” Patsy Mincey said. “The storm washed out a lot of bridges. We had to detour for a long time and are still having to detour on some roads.”

Flood waters mixed with fertilizer, sewage, fuel and whatever else was loose in the streets. Once the waters finally resided, dangerous black mold multiplied in the buildings and houses affected. This caused almost irreparable damage to most of the structures. The flood waters and mold caused a terrible odor, which was a health hazard and terrorized the nostrils of the remaining residents.

“Some of these homes have been quarantined it’s so bad. The work has to be approved before they can go in and fix it,” Patsy Mincey said.

Each of Nichols’ 22 businesses and six churches suffered from the flood damage.

The charitable organization Cooks for Christ raised $50,000 for Nichols with a chicken bog fundraiser. The North Strand Sail & Power Squadron of Little River has donated $1,800 to the Nichols Disaster Relief Fund, and IMPACT ministries of Myrtle Beach plans to donate 100 mattresses for flood victims. Many other organizations have also jumped in to help the town, which has fallen into dire straits.

Now it’s up to the state Senate to approve the bill that included a $700,000 interest free loan to the town. The House passed the measure overwhelmingly.

Upon receiving the loan, Nichols will apply for any and all federal aid the town can possibly receive. If not enough federal aid is provided, the town will be given 36 months to pay the loan back to the state treasurer.

In the wake of Hurricane Matthew, many people in the town of Nichols are still in need of help.

Donations are being accepted by the One SC relief fund through its website: www.yourfoundation.org. You can also mail donations to:

You can also donate to the Nichols Disaster Relief Fund by sending donations to:

Other relief funds can be located online at www.marionsc.org/RECOVERY.