A buzz worthy cause to save the bees - DatelineCarolina 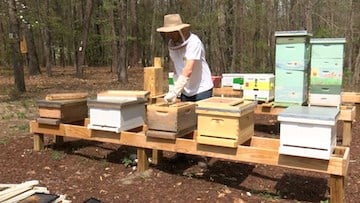 A buzz worthy cause to save the bees 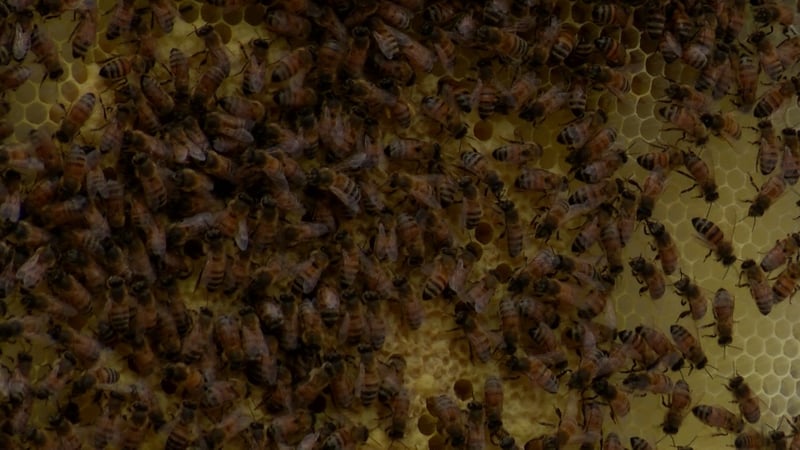 The Blythewood Bee Company removed this hive from a home in the Midlands earlier this week. 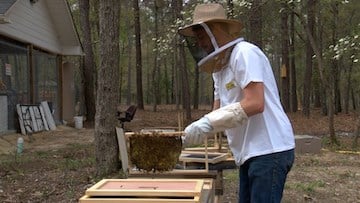 Honeybee colonies are collapsing at an alarming rate, and that could be disastrous for world food supplies. The United States Department of Agriculture (USDA) reports beekeepers across the United States lost 44 percent of their honey bee colonies between April 2015 and April 2016.

These numbers, from an annual USDA survey, increased drastically from the previous year, especially in the summer months. Summertime should be when honey bees are the healthiest, so summertime loss is concerning for beekeepers. Numbers are expected to be even higher this year.

"We see them everywhere so we don't really think it's actually a problem and people have them in their homes so they're like 'oh the bees are here where we don't want them,'" says Midlands beekeeper Caleb George.

George works at the Blythewood Bee Company where he keeps bees and performs bee removals. He says many factors have contributed to the decline of the honeybee population, including the way humans keep bees, pesticide spraying, and environmental changes.

Many people are not aware the honey bee colonies are collapsing.

"I had no idea this was even an issue. I feel like I've seen lots of bees lately so this is pretty concerning," says Columbia resident Katie Ledford.

Over two thirds of the world's crop species rely on pollinators according to the Xerces Society for Invertebrate Conservation. That translates to one out of every three bites of food all humans eat.

"So much of the food that we eat has to be pollinated and bees are the number one pollinator, it's as simple as that," says George.

Animals like ants, beetles, birds, and butterflies also pollinate crops, but most is done by bees. If bee colonies continue to collapse scientists predict the world could see a major food shortage.

Honeynut Cheerios launched their 'Bring Back the Bees' campaign to raise awareness for this issue last month. It caught the attention of millions of people, including Ledford.

"One night I was just watching the news and saw that cheerios was doing a campaign to save the honeybees, so it peaked my interest."

The company had a goal of sending out 100 million wildflower seeds to help promote favorable environments for honeybees. In just a few days they sent out 1.5 billion seeds.

Ledford and many others ordered the seeds, and while they are still waiting for delivery, they're glad to be making a difference.

"I'm excited to have the opportunity to help out in this small way," says Ledford.

George noted another major way anyone can help the honeybees is to have bees removed from your home by beekeepers, instead of spraying them with pesticides.

It is too early to know the effects of the Cheerios campaign and other preservation efforts, but George thinks it is a good start.

"Whether or not it works it brought a lot of awareness to this huge problem. Now people know," says George.