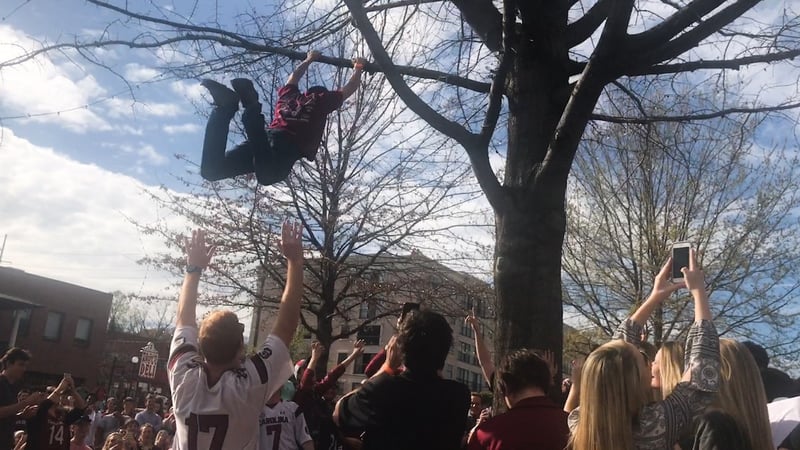 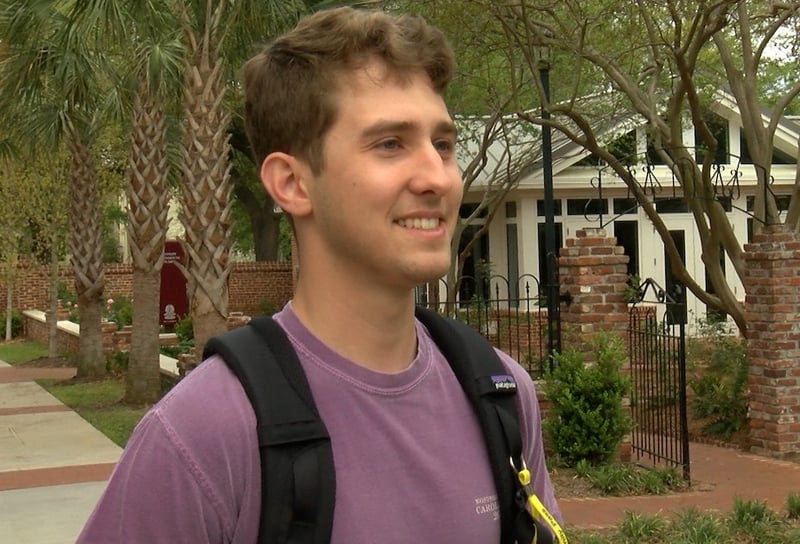 Matthew Thomas, a senior at USC, ran through the streets of Five Point in celebration after Elite Eight win on Sunday. 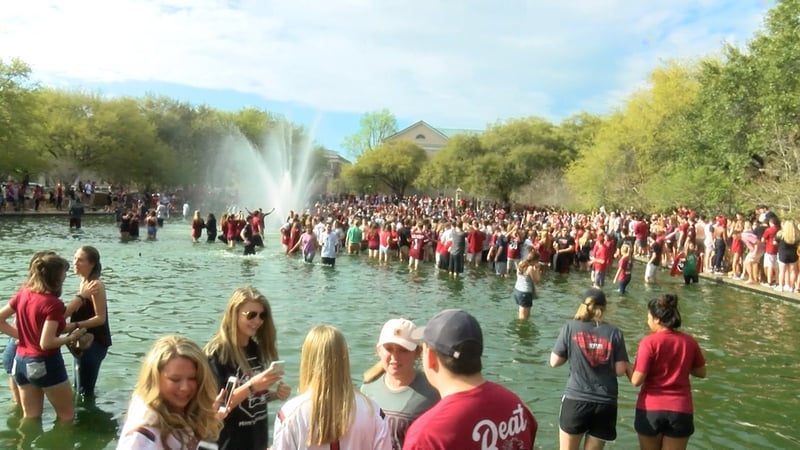 Hundreds of students went swimming in the Thomas Cooper Fountain after Sunday's victory.

Sunday's Elite Eight win over the Florida Gators sent crowds of Gamecock fans storming the streets of Columbia. When the final buzzer sounded, hundreds of students took a swim in the Thomas Cooper Fountain on campus, and across town, waves of people rushed from the bars of Five Points into the streets and rallying around the Five Points Fountain.

"We hit the door and we were out on the street...we were running on Harden Street, and as soon as we hit that main stretch of Five Points. It was pandemonium," says Matthew Thomas, a senior at the University of South Carolina, who was watching the game in Five Points.

Saturday the Gamecocks face Gonzaga in the Final Four, and authorities want to be sure any celebration is safe.

"The safety of our students is always our top concern. University staff, including officers from the Division of Law Enforcement and Safety, will be present before and after the game. Additionally we will collaborate closely throughout the weekend with the City, CPD, and other public safety agencies," says USC spokesperson Jeffrey Stensland.

The herds of fans who rushed the Five Points Fountain led police to block off streets. Columbia Police Capt. Christopher Roberts says they're here to support a good time, but they're are prepared, and there are boundaries of the law they have to enforce.

Roberts says they have contingency plans in place to handle traffic, and they will have more officers patrolling.

The game is set for 6 p.m. on Saturday, and no matter the outcome police are expecting large crowds.