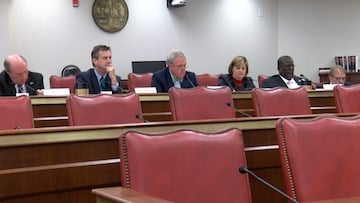 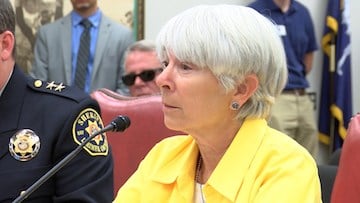 Sally Schindel says that her son committeed suicide because of his use of medical marijuana. 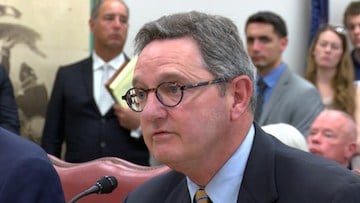 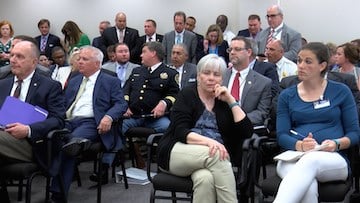 A group gathered at the Gassette Building on South Carolina Statehouse grounds to attend the hearing.

A hearing for the South Carolina Compassionate Care Act gave family members of medical marijuana users and officials the chance to speak for and against the bill in front of the Medical Affairs Senate Subcommittee.  The bill would allow people with certain medical issues to legally use marijuana in the state.

If the bill passes, the drug would be regulated by the Department of Health and Environmental Control with a confidential registry of users.  It would also use a "seed to sale" measure to track the product.

Sally Schindel is the mother of a United States soldier that was trained at Fort Jackson.  Schindel says that her son committed suicide because of his use of medical marijuana in Colorado.

"My son's death is directly related to medical marijuana use," Schindel said. "He left a note saying my soul is already dead. Marijuana killed my soul plus ruined my brain."

Schindel said that she was easily able to get approved for medical marijuana in Arizona for headaches and not sleeping through the night.  She thinks that medical marijuana should be illegal in all states, and used Arizona as an example of how she thinks the drug can't be regulated.

"A former dispensary owner confirmed for me what I observed. Anyone who is breathing qualifies for the Arizona medical marijuana program," she said.

Jeff Moore is the former head of the South Carolina Sheriff's Association.  He also has a son who was in the army.  Moore said that his son's experience with marijuana made him change his mind about its use.

"He does not live a life of Reilly, but he does live a life," he said.  "I'm convinced that if he stayed in South Carolina I would've buried him."

Moore says that his son uses the medical marijuana to deal with his PTSD from his two deployments in Iraq.

"What is being asked of the legislature is not do anything progressive, or out there. This has been done by twenty-eight states," said Nettles

Most member of the Subcommittee seemed undecided on the bill, but Senator Kevin Johnson was open about his view on the legislation.

"In my opinion, the bill that's before us, although it addresses medical marijuana, anyone that want marijuana would be able to get marijuana," he said.

A similar bill allowing for medical marijuana use is now before the House.  A date for when the Senate Subcommittee will vote on the bill has not been set.