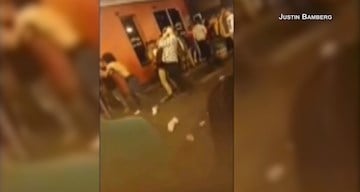 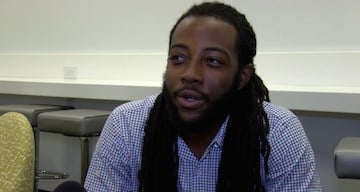 Ryan Chisolm's friend Daniel Glover was with Chisolm the night of the assault. 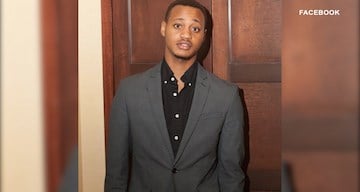 Ryan Chisolm before the assault that occured outside of Pour House.

Ryan Chisolm was out at the Five Points bar Pour House the night after the St. Patrick's day celebration on March 19.  That night took a turn for the worst when Chisolm was forced outside the bar by security.

He says he was put into a choke hold by a large white man who worked at the bar until he was left unconscious and thrown into the street.  The attack was captured on cell phone video.

Chisolms friend Daniel Glover who was outside of Pour House with him said he had never seen anything like what happened.

"He couldn't speak....he couldn't communicate what had happened to him and their were a bunch of people trying to talk for him," said Glover.

Chisolm suffered from a fractured his jaw, many of his teeth were damaged from being forced into his gums and he received 14 stitches around his mouth.

Glover has seen plenty of people thrown out of bar but not to this extent.

"I've seen people thrown out of bars I've seen fights break out but I've never seen something to that extent to where no one did anything at the time no one got involved no one tried to stop anything and that's kind of what the frustrating part was it was like a spectacle almost where people were around just letting it happen," said Glover.

Carolina News contacted Pour House officials and no one will comment on the incident.

The Columbia Police Department released a statement saying they are still investigating what happened that night.  If you have information on the incident to please contact 1-888-CRIME-SC.