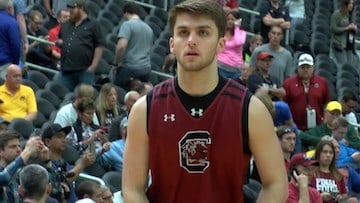 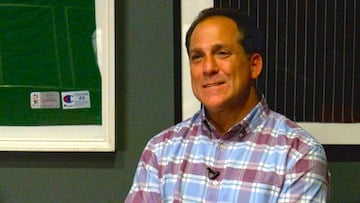 Chris Corchiani says he is so proud of Tommy becuase he's "done something I've never done." 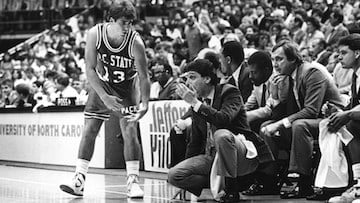 Chris Corchiani, who played at NC State from 1987-1991, is second all time for NCAA career assists

You didn't hear Tommy Corchiani's name mentioned often during the Gamecock's basketball team's miraculous tournament run. He's a walk on for USC's mens team and he has some pretty good genes in terms of basketball. His father, Chris Corchiani, excelled on the college court.

During his time at NC State, Corchiani was the first college basketball player ever to record 1,000 career assists. His career assist record today sits second only behind Duke's Bobby Hurley.

Chris and his former teammate Rodney Monroe were also coined 'fire and ice' as NC State's dynamic duo in the late 80s.

Tommy was in 10th grade playing in an AAU tournament when Frank Martin first watched him play. Chris Corchiani was at the tournament and sat with USC's head coach.

"He said listen, if Tommy doesn't get a scholarship to a school he wants to go to, I'd love to have him as a walk on," Corchiani says. " So we knew that was always something Tommy had in his back pocket." Corchiani also noted that he was happy that Tommy was "able to get away from Raleigh and do his own thing."

Although Tommy may not put up the stats that his dad once did, Chris knows the importance of a walk on.

"A walk on and someone like Tommy, they contribute in different ways," Corchiani says. "I was always very proud of the walk-ons that I played with at NC State. They just add to the locker room and the spirit."

Now Tommy is at USC, working hard to earn time on the court. When does he expect to ask Frank Martin for a starting job?

"I'll probably wait for my senior year for the demands," Tommy said.

For now, he'll log his 11 minutes per season and keep the locker room alive.

Neither Tommy's brother nor his dad ever reached a Final Four. The family traveled to Phoenix, dressed in garnet, to cheer on their Final Four participant. Chris was very proud of his son even if the Gamecocks didn't take the championship.

"You know I'm so proud of you. You've done something I've never done," Chris says of his son making a Final Four appearance.

Growing up with Frank Martin gave Chris a deep respect for Frank Martin as a coach and a person and he is glad that Tommy will gain the values and life lessons from "one of the best coaches in the nation."