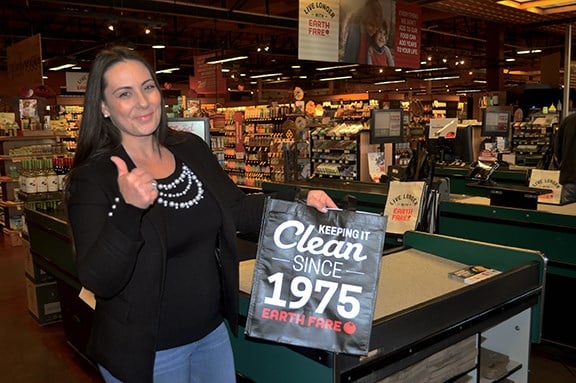 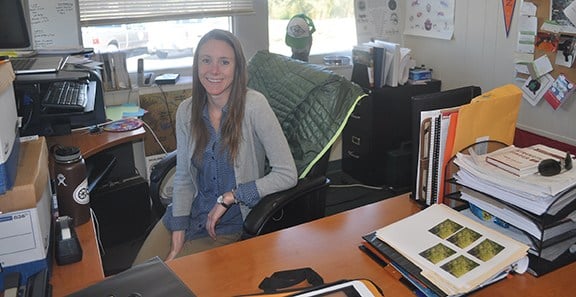 Karen Jackson, water resource officer, explains how plastic bags cause problems in sewage systems and are problematic to the environment overall. 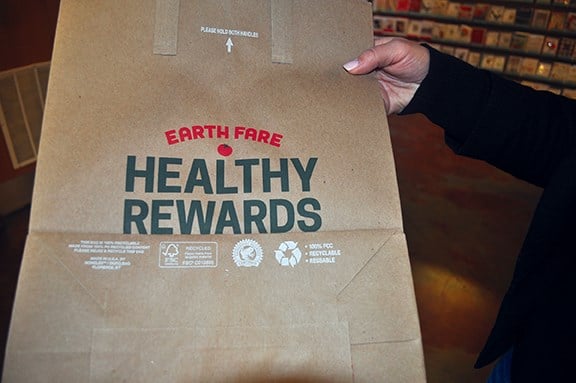 Earth Fare prides itself on offering Rainforest Alliance Certified, post consumer paper bags meaning that the bag you use to check out at the store is 100 percent recycled. 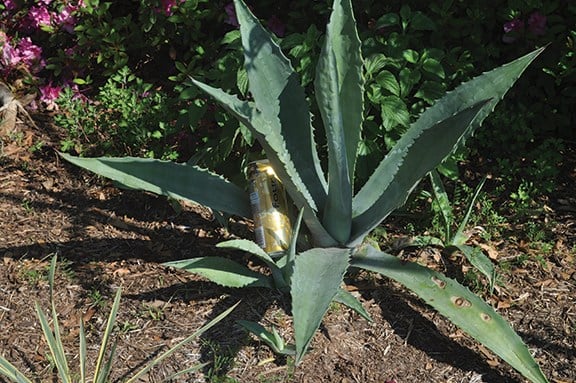 Litter, whether plastic or metal finds itself in the environment in unusual ways, along the side of roads, highways and even tucked in the aloe vera plant at the University of South Carolina-Columbia campus. 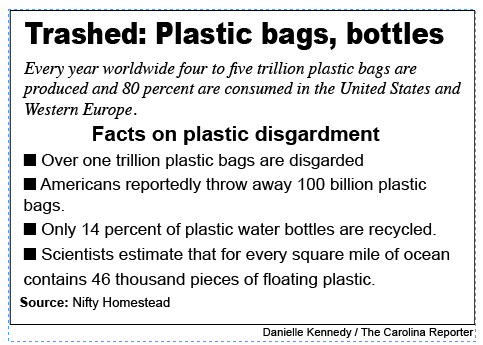 Legislation that would take power away from local counties to impose charges or institute bans on single-use plastic bags won’t be debated in the House until next session.

“The bill is in limbo,” Rep. Eric M. Bedingfield, R-Greenville, said Wednesday. “A motion was filed and we lost by one vote. The bill won’t be discussed on the House floor until next session in January."

The measure, known as the auxiliary container bill, was introduced after two oceanfront communities, Folly Beach and Isle of Palms, implemented bans on plastic bags because of the potential danger the plastic poses to wildlife. In a state that values local control, the General Assembly is seeking to regulate the use, prohibition and taxation of these bags statewide.

Across the country, environmentalists have pushed for such bans, arguing that the plastic bags are significant polluters.

In North Carolina, legislation has been put in place to encourage consumers to utilize reusable bags over single-use plastic bags along it’s barrier island counties of Currituck, Dare and Hyde. California was the first to ban plastic bags statewide with Proposition 67 despite the plastics industry push to overturn it.

In addition to polluting the ocean, plastics of all forms find their way into sewage systems, waterways, farmlands, landfills and along the sides of roads. Even though tossing away a disposable bag seems harmless the reality is not so simple.

The rivers and creeks that are littered with plastics also have an impact on oceans, drinking water sources and agricultural areas where food for consumption is grown and raised. There is a myriad of mixed opinions on whether or not the state should have the power to overstep localities.

Opponents of banning plastic bags say jobs are at stake with Novolex in Hartsville being a major producer of single-use plastic bags. Environmentally-conscious individuals and businesses argue the environment should be free of plastics and harmful chemicals.

Jackson said that plastic bags are especially troublesome during floods where the bags block the water systems and prevent proper drainage and system flow.

Wheaterly Thomas, a Richland County 4-H agent at Clemson Extension, said that Midlands farmers are bothered more by litter such as aluminum cans tossed in fields rather than plastic.

Bryan Tayara, the owner of Rosewood Market & Deli, said that he fully supports a ban on plastic shopping bags. Most of his customers bring reusable bags, which many shoppers have switched to as an alternative to paper or plastic.

“I strongly feel that if everyone truly understood the environmental impact of single-use plastic bags we would all support a ban on these destructive bags,” Tayara said.

On average single-use plastic bags cost about a penny to five cents to produce per bag. While cheap to make, they aren't biodegradable and take between 10 to 1,000 years in a landfill to decompose.  Paper bags cost roughly five to 23 cents per bag because of the wood pulp and water necessary to make the bag.

Laurie Aker, a spokeswoman for the grocery store chain Earth Fare, said Earth Fare has not taken a stance on the pending legislation, but she said the grocer is committed to serving their customers in a way that is beneficial to both customers and the environment.

“Our customers have our environment as a top priority and they’re not inconvenienced by that decision. Instead of the plastic bags we offer paper bags that are made from 100 percent recycled, post-consumer material,” said Aker.

Earth Fare’s paper bags are Rainforest Alliance Certified sources material from only sustainable growers and the store also provides a box corral for customers who forget their bags.

“We want our customers to live longer with Earth Fare and that extends to our environment,” said Aker.

Sarah Lyles, executive director of Palmetto Pride, said the nonprofit conservation organization works to eliminate trash along South Carolina highways, particularly along secondary roads, which are among the most littered. The organization has not taken a position on the current bill.