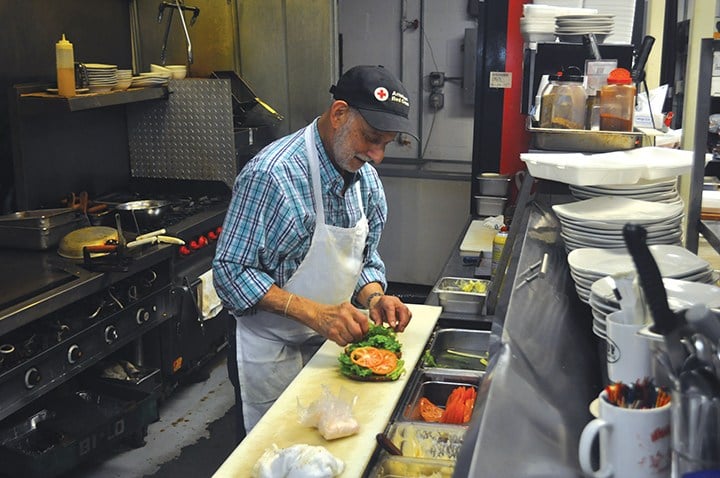 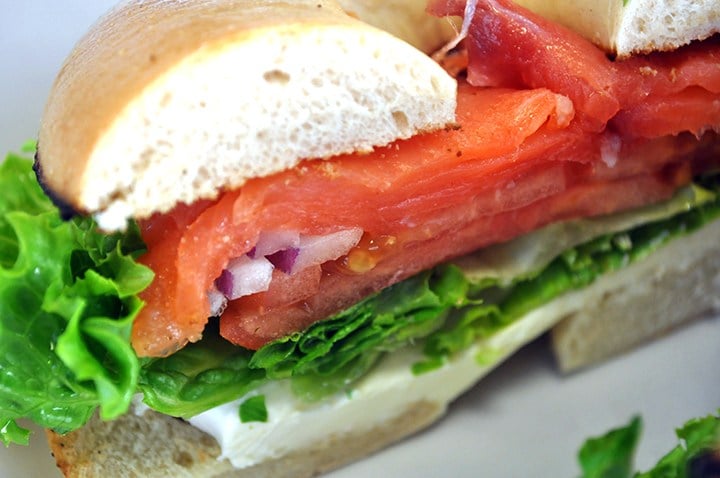 Hello Deli uses lox imported from Atlanta and bagels from Brookyln, N.Y. Owner Harvey Nathan says the New York water used to make the bagel dough is what makes them superior to bagels made in South Carolina. 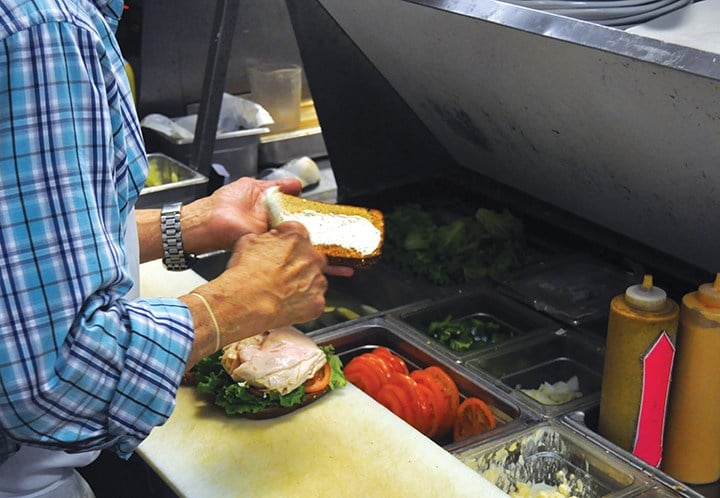 Many of Hello Deli’s meats are kosher, but Nathan says he buys them just because they taste better. Because of Charleston’s small observant Jewish population, he says the customer base isn’t large enough to be fully kosher.

If you walk into Hello Deli in North Charleston, you might forget you’re in South Carolina. It’s a slice of Philadelphia and that’s no coincidence; that’s exactly the atmosphere owner Harvey Nathan has aimed to establish for nearly three decades.

“We’ve had people that have been coming to us for 25 years,” Nathan said. “On a Saturday morning, the same people come in and get here five in the morning waiting for me.”

They come to the glass-fronted brick deli for breakfasts of lox, onions and eggs, and New York bagels stuffed with lox and cream cheese. Lunchtime patrons, some sporting Yankees and Phillies baseball caps, munch on thick sandwiches packed with kosher pastrami and corned beef, roast brisket and tongue.

Nathan left his native Philadelphia in 1971 to open a meatpacking business in Lancaster, Pennsylvania. This was followed by delicatessen ventures in Maryland, Virginia and, finally, South Carolina. Nathan tested the waters in three other South Carolina towns before settling into the North Charleston location, where Jewish culture has a lengthy history. It worked.

With each move, Nathan brought his Philadelphia flare, along with a variety of recipes for traditional Jewish foods like corned beef, pastrami and lox.

The first Jewish settlers arrived in Charleston in the 17th century, finding a surprising degree of religious tolerance, a warn climate and a welcoming economic climate.

“Charleston is by far the most historic. It has the early settlement; it has the first congregation which is Kahal Kadosh Beth Elohim, which has been active since it was founded in 1749,” said Dale Rosengarten, founding director of the Jewish Heritage Collection at the College of Charleston.

Kahal Kadosh Beth Elohim is one of the first five colonial congregations and the first reform congregation in America. It started as an Orthodox congregation and later committed to Reform Judaism in 1841.

“What’s happening in Charleston is the proliferation of Jewish organizations,” Rosengarten said. “The three basic divisions are Orthodoxy, Conservative and Reform and Charleston has had all three since post-World War Two.”

As Jews made their way to South Carolina, they brought not only their religion and customs, but also their foods. As Nathan knows, people like to eat.

Today, Charleston, known as the Holy City for its soaring church spires, is among the nation’s top tourist destinations. King Street has blossomed into an upscale shopping and dining hub that draws thousands.

King Street is central to boutiques and restaurants, many of which remain in the hands of Jewish business owners.  D’Alessandro’s Pizza, an Italian pizzeria, and Juanita Greenberg's Nacho Royale, a popular sports bar and Mexican restaurant, are only examples of the Jewish-operated businesses.

“It may just be numbers, there’s such a huge tourist business and so many people come from the Northeast, there’s a very substantial Jewish tourism business,” says Rosengarten.

Nathan’s establishment is seven miles and a 10-minute commute from hip King Street, but that doesn’t deter tourists who flock to his establishment along with regular customers from nearby North Charleston City Hall and other businesses.

“My daughter and her husband have a vacation house in South Carolina, so we like to come here when I visit. The doctors say I shouldn’t eat food like this, but I always get the pastrami sandwich because it’s so damn good,” Martin Annese, 94, said.

Nathan’s infamous bagel, cream cheese and lox sandwich isn’t special because of the lox, but the bagels that he has delivered from Brooklyn. The bagels arrive as dough and Nathan boils and steams them in-house. He says every ingredient is the same as in a South Carolina bagel, but the New York water used to make the dough is the difference maker.

Although Hello Deli is a Jewish deli, Nathan doesn’t cater to strictly kosher customers. Nathan said roughly five to eight percent of Jews in Charleston are observant, meaning they eat only kosher foods, so the majority would not pay premium prices.

“They’re not going to pay the up price for a kosher sandwich, unless it’s right on the way. They say, ‘I’m here, shucks I can have it,’” he said.

And to be fully kosher, the establishment must be supervised by a rabbi, who checks the kitchen and all ingredients, Rosengarten said.

Nathan is preparing for the upcoming Passover holiday, where he does some catering business. Rosengarten said Passover is the most widely celebrated holiday among the Jewish faithful. The holiday celebrates the liberation of Israeli slaves from ancient Egypt. It’s the only Jewish holiday that isn’t celebrated at the synagogue, but rather at home with friends and family.

But even if you are not Jewish, Nathan’s Hello Deli offers up a slice of Jewish culture inside of a delectable bagel.