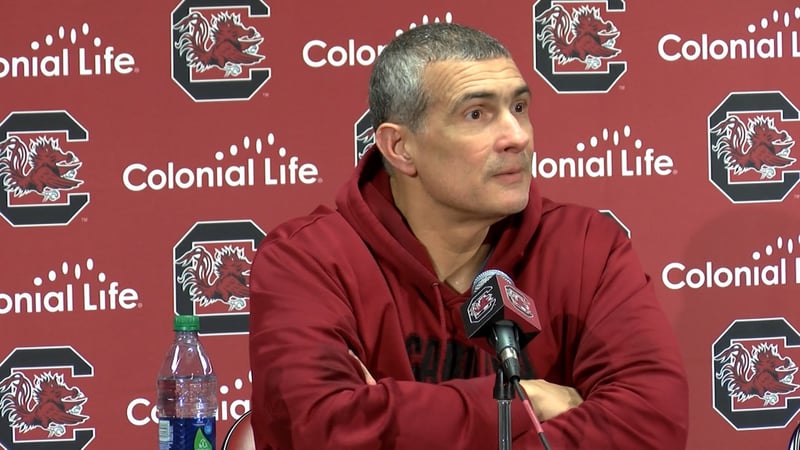 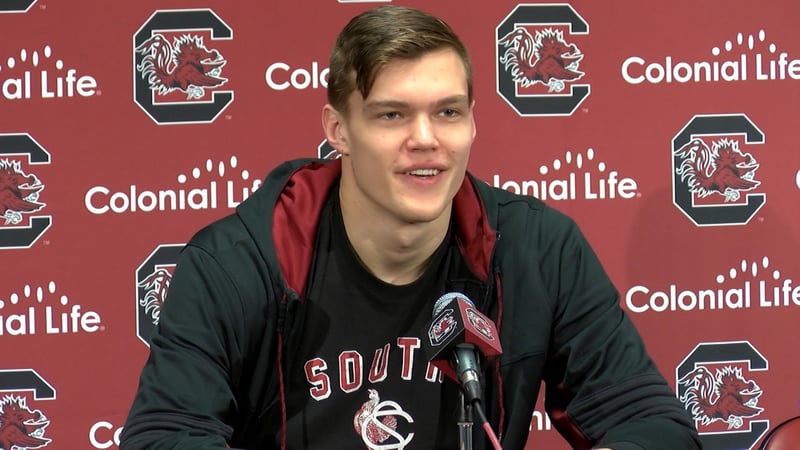 Freshman forward Maik Kotsar says the attention can be felt on campus.

South Carolina has been drawing more national media attention since beating Florida 77-70 in the Elite 8 of the NCAA Tournament to reach the Final Four.

Tuesday's press conference audience was filled with lots of unfamiliar faces. Even Coach Martin noticed and made a few jokes about the new attention.

"Ok. Some of you guys are like brand new to the party here," said Martin. "Back in my bouncing days, I knew exactly who you were. If I didn't know who you were, I wouldn't let you through the door."

Martin also had a message for the media present.

"How appreciative I am of your bosses because obviously they didn't find money in budgets to allow you guys to cover our team during the year when we traveled," said Martin. "But they found money to let you spend the week in the most expensive city in America."

Freshman forward Maik Kotsar says the attention can even be felt on campus as the players go to class.

"It's tougher to get from point A to point B. There is a lot of fans asking for pictures," said Kotsar. "But it's nice to know that we have such a great fan base."

Coach Martin is proud of how his players' reacted to playing in this year's NCAA tournament.

"It's the biggest stage in our sport and our guys haven't been scared to step up to every stage that's been put in front of them before," said Martin. "I'm not expecting them to be intimidated by it. They are enjoying every single minute of this ride. They don't want it to end and they're fearless in their approach everyday. It's going to be awesome. It's going to be a great experience."

The Gamecocks will take on the Gonzaga Bulldogs in the semifinals Saturday at 6:00 p.m. The game will be broadcasted on CBS.