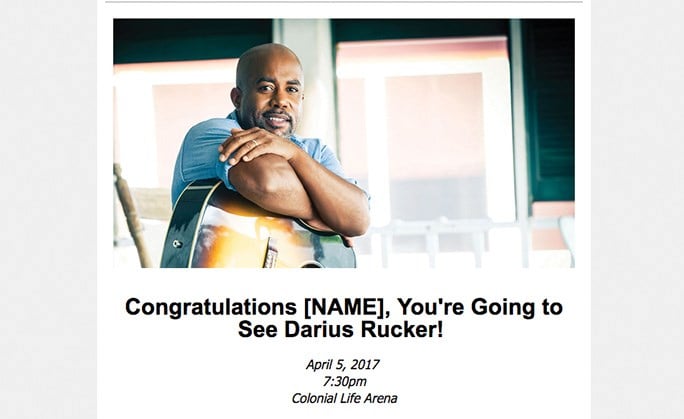 Sold out: No public tickets for free Darius Rucker concert 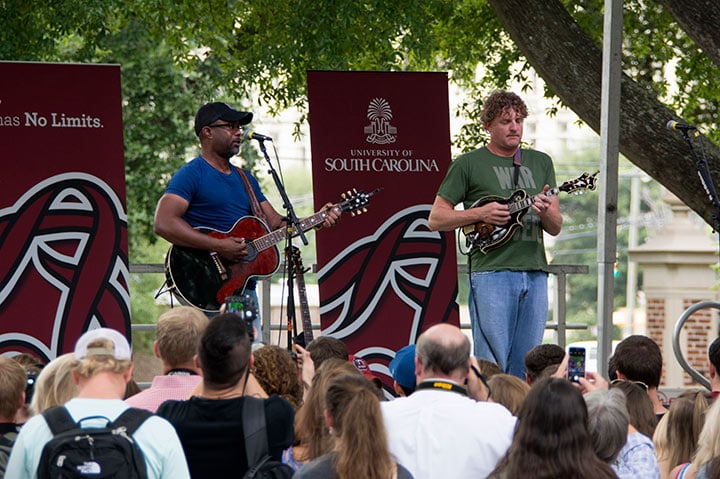 The original venue for the Darius Rucker concert in April was going to be the historic Horseshoe, just like the 2015 performance for the USC journalism school opening, but the concert was moved to the Colonial Life Arena. Photo courtesy Lewis Zeigler.

There will be no public tickets for the free Darius Rucker concert on April 5. All seats have been claimed by USC students at the time of this reporting, and admission is only allowed via digital pass on a Carolina Card.

Rucker announced in August that he would perform a free concert if the USC football team reached six wins in its 2016-2017 season. The 44-31 victory over Western Carolina on Nov. 19 sealed the deal. From March 13- 20, students were allowed to request tickets on their Student Account Manager, and seats were awarded on Monday.

Julia Lang, a student ticketing assistant from the Office of Student Athletic Tickets, confirmed that the free concert passes are indeed sold out.

“We’re not selling to the general public at all,” she said.

Most ticket holders have a general admission pass, so they can sit wherever they like in Colonial Life Arena except for the floor; that’s reserved for students who were offered special spots for their high loyalty point totals.

An Adobe Spark Page attached to the student ticket request email provided a warning for those wanting to cash in on the hot demand for Rucker’s event.

“Any attempt to sell or distribute your ticket/Carolina Card or use someone else’s will be reported to the Office of Student Conduct and the ticket will be revoked,” the document said.

The Charleston-based country singer’s most recent performance for USC was on the historic Horseshoe in September 2015, when he played with former Hootie and the Blowfish band-mate Mark Bryan for the opening ceremony of the new journalism school building on Sumter Street.

If some students end up canceling their claimed tickets, they might then be released to the public.

Rucker’s concert at Colonial Life Arena will begin at 7:30 p.m., with fellow USC alum Patrick Davis as an opener. Attendees are asked to use the Lincoln Street entrance of the venue.