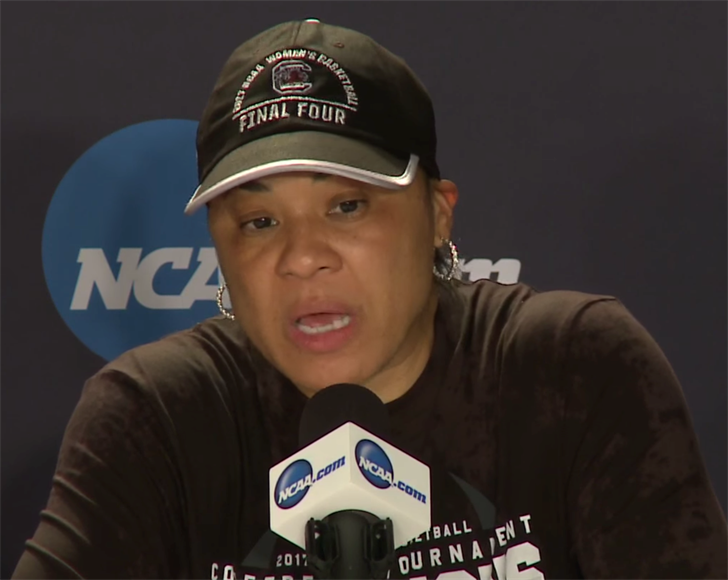 Head Coach Dawn Staley talks to the press after the game. 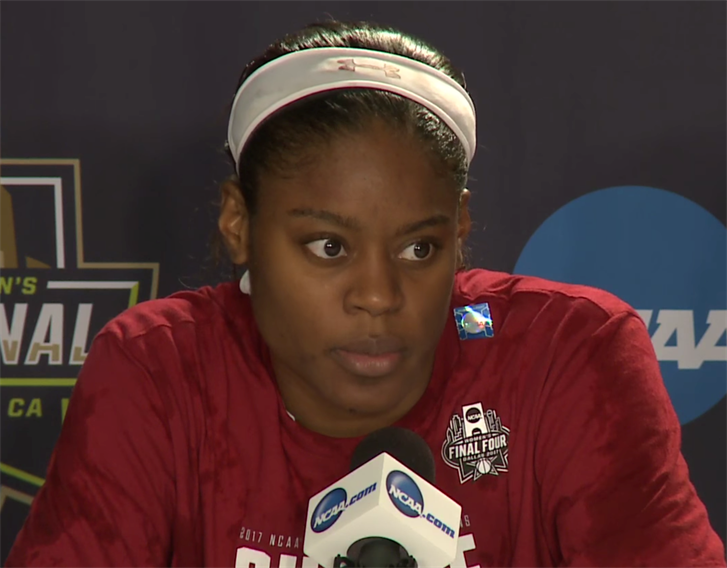 Kaela Davis talks to the media after advancing to the Final Four.

South Carolina women's basketball clinched a spot in the NCAA Final Four after beating Florida State Monday night 71-64. The University of South Carolina is now the only school in the NCAA with both the men's and women's teams in the national semifinals.

The Gamecocks had four players in double figures. Kaela Davis lead the team with 23 points followed by A'ja Wilson and Kaela Davis with 16, and Allisha Gray with 11.

Davis is now only the second player on the roster to record three-straight 20 point games. The other player is Wilson.

South Carolina remained in control of the entire game, leading since the tip-off.

The Gamecocks were up by 16 points in the third quarter, but a late surge by the Seminoles put Florida State within three points of tying the game.

The turning point in the contest was with two minutes left. Harris collected an offensive rebound and dished it to Davis who made a layup to take a 67-62 lead.

South Carolina may have had a problem when Alaina Coates was knocked out of the tournament with an ankle injury but they've been able to make up for the lack of inside presence with their outside shooting having 55 points on the backcourt.

Kaela Davis said that defense was key to winning the game.

"We had to find a way to slow them down," said Davis. "We were trying to work the clock and make good shots."

After the game, Dawn Staley said she is thankful for the position the team is in.

"God has been good to our program," said Staley. "He's been good to me personally and this wouldn't be possible without Him... I'm happy for our players and I'm happy they put themselves in a position to go on and realize their dream as well."

The Gamecocks will travel to Dallas to play Stanford on Friday night on ESPN2 at 7:30 pm.