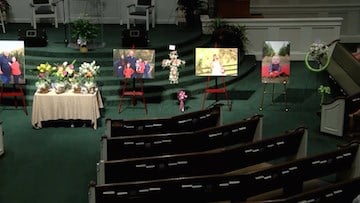 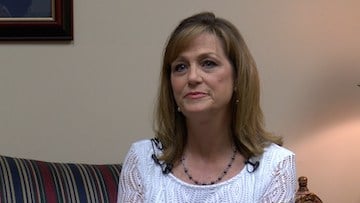 Cheryl Fralick, a family friend says she has been coping with the tragedy 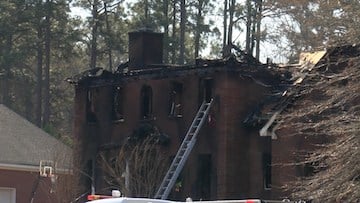 Four members of the Kelly family, who died in a Lexington County house fire last week, were laid to rest on Monday in Cayce.

The funeral for Scott and Mandy Kelly, their 9-year-old daughter Lizzie, and their 10-month-old Judah, was Monday afternoon at the Trinity Baptist Church on Charleston Highway.

The three family members who managed to escape the fire, the two oldest Kelly Children, Bekah and Jared, and Scott's mother, survived with only minor injuries.

People came from across the Midlands to mourn the loss of the family. One person who came to pay their respects to the late family members is Cheryl Fralick, a close family friend of the Kellys.

"You can't really focus on the why and the how of what happened, but focus on the family. Who they are, who they were, and who they're going to be forever," says Fralick.

She, along with her husband, taught classes with Scott and Mandy at Trinity Baptist Church.

Fralick says that even though the Kellys found their final resting place, they can still teach us valuable lessons.

"If they were here right now, they would say love each other well, there is no room for hate in this world," she says, "and they would tell us that this isn't 'goodbye,' this is 'I'll see you later.'"

The house fire broke out last week at the family's home on Mossborough Drive in Lexington County. Investigators have discovered a cause of death, but they are still searching for what led to the blaze.

Fralick is also Bekah's Sunday School teacher, and she says the kids have been helping her through this tough time.

"At Sunday school [this week], Bekah was there, and our students just rallied around her, and they prayed with her. We were able to talk through some things, and just love on each other," she says.

The community, including members of Trinity Baptist Church, have created a fund to help the Kelly family. If you would like to find information about donations, visit the church's website.