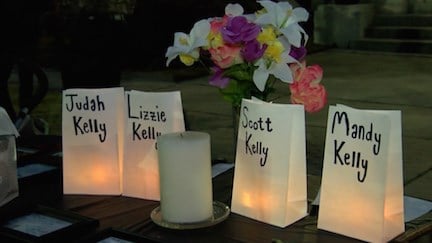 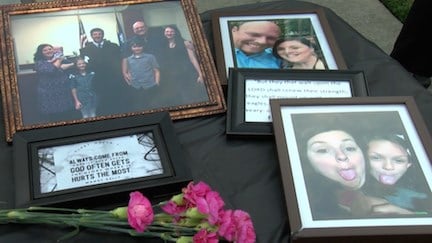 The Kelly family was remembered for their impact in the Trinity Baptist Church community. 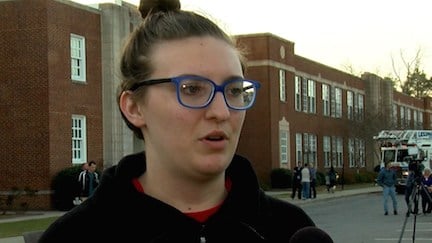 Rianne Travis, close friend and vigil organizer says the surviving children, Bekah and Jared are strong and they will get through this.

About 100 people gathered at Brookland-Cayce High School to remember the mother, father and two children of the Kelly family who died after their house caught fire Tuesday morning. Bekah Kelly, one of the two surviving children, attends the high school.

Amanda, Scott, 9-year-old Elizabeth and 10-month-old Judah died of smoke inhalation in their home in Lexington County. Three other family members escaped the house that night: the grandmother, Bekah and Jared.

Rianne Travis is a close friend to Bekah Kelly. Travis organized the vigil Thursday night for the family. The community remembered the family through the singing of hymns. Travis says Bekah is staying strong.

"It hurts but she realizes God has a plan," Travis said. "She said if this happened, God did it for a reason and she has faith."

The Kelly family was appreciated by their Trinity Baptist Church community. Scott Kelly was a deacon and Amanda was a women's ministry leader. Travis says she will miss Scott and Mandy Kelly's support the most.

"I fell in love with that family immediately," Travis said. "Whenever we needed help, Mandy was there to give us a bible verse or a quote...anything to get us through."

The two surviving children are with family members, and the grandmother is expected to have surgery and then will be released from the hospital. Trinity Baptist is organizing a fundraiser to help the family. They stated that they are taking care of the family's immediate needs.

"She's strong. And so is her brother. They're going to get through this. I believe in them," Travis says.

The cause of the fire is still under investigation.