Heroin use rising among millennials - DatelineCarolina 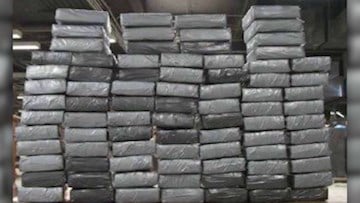 Heroin use rising among millennials 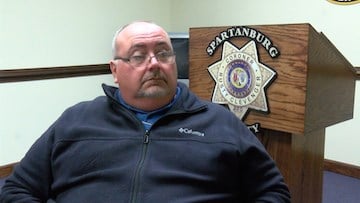 Coroner Rusty Clevenger is concerned about the increasing numbers of death due to heroin. 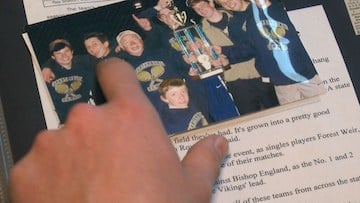 Ben Barnette looking at a picutre of his friend Hunter Geiss who passed away from overdosing on Heroin.

Heroin is a highly addictive type of morphine made from opium but it's more than two to three times stronger says Coroner of Spartanburg County Rusty Celvenger.

Rehabilitated user Stas Novitsky says this drug is becoming a problem all over the United States and says it's very easy to attain.

"I started with marijuana as a senior in high school and as a freshman in college I began to do cocaine which I fell in love with and that escalated to me using heroin," says Novitsky.

Clevenger says that they have seen a major increase in drug related deaths within the past year.

"We've had ministers, counselors, every age group and every ethnic background be found dead with an introduction of heroin or the mixture of heroin and fentanyl.  A lot of people are using it more recreationally now," says Clevenger.

Ben Barnette, who lives in Spartanburg County, recently had his friend, Hunter Geiss, die from a heroin overdose.

"It was so shocking because he was just such a fun loving guy.  You think of people that are drug users you think that their in a lot of pain and you think that they may be depressed like there are certain people I guess that you would look at and you could say that this person may be using something to help them cope or feel better but Hunter wasn't one of those people," says Barnette.

Novitsky says dealers lace a lot of their drugs with heroin or other potent drugs.  This is causing many people to overdose or die from the deadly mixtures.

"Addiction is cunning and tricky. Addicts will hear about someone dying from an overdose and drop their dealer and go to the dealer that was selling to the person that passed away.  They think they are getting a better deal and will get a better high even if someone had just died from it," says Novitsky.

Heroin is known for its euphoric rush that affects your central nervous system and kills your brain's ability to produce dopamine.  Dopamine helps the body produce motivated and rewarding behavior.

Clevenger predicts the number of deaths will continue to rise if serious actions are not taken.  Several counties have given their police forces a prescription drug called narcan.  Narcan blocks the effects of opioids and reverses an overdose if used in time.