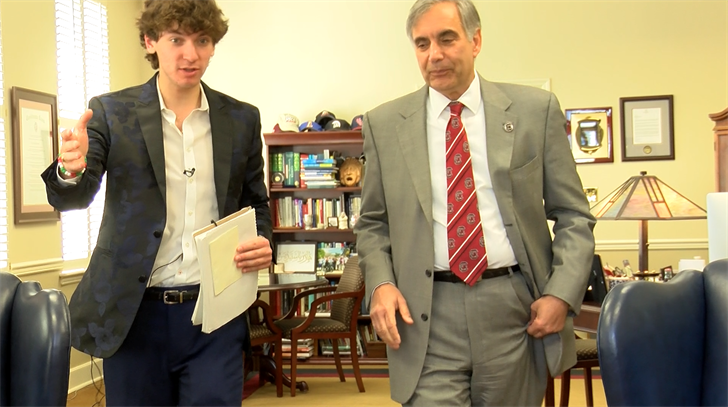 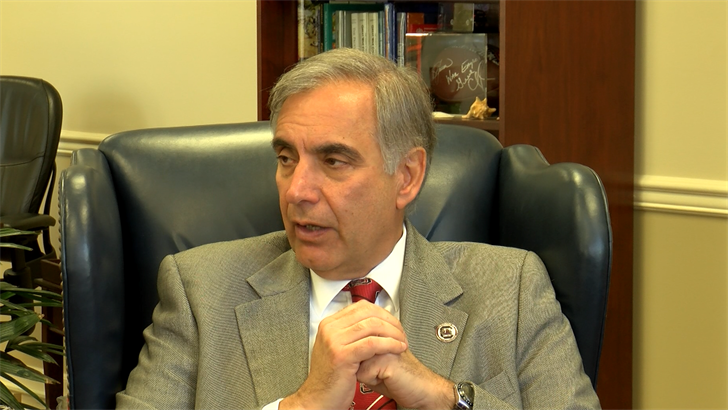 USC President Pastides said he tries not to compromise who he is while also not giving people just want they want to hear during this intense politial time. 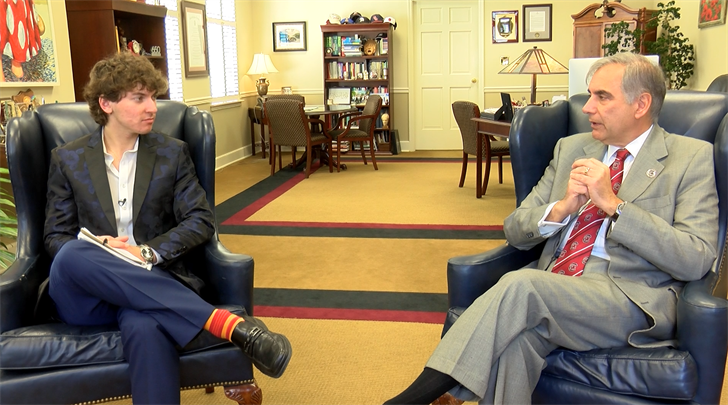 University of South Carolina President Harris Pastides says the spring semester is always one of the more exciting times of the year, giving this week as a perfect example.  He was hosting the former Tunisian president, Dr. Moncef Marzouki, for lunch Tuesday ahead of a forum at the Darla Moore School of Business about Middle Eastern Politics.  Pastides added that he was joining iconic director Francis Ford Coppola for his presidential dialogue and he will be traveling to New York City for the USC men's basketball Sweet Sixteen showdown with Baylor.

President Pastides shared his thoughts on the Darla Moore School of Business' International Business program being ranked number one again, saying that while he is proud of the rankings, he thinks school rankings have a sense of "superficiality".

"I wish actually we didn't have rankings," President Pastides said.  "I wish we had student run qualitative evaluations of programs kind of like we do of professors."

President Pastides also shared his experience after the USC mens basketball team beat Duke last Sunday in the NCAA Men's Basketball Tournament.  He said it was a special experience celebrating with the team, seeing the excitement in the locker room and the emotion during the post game press conference.

"In the presidency you only have only so many moments like that, and that was one of them," Pastides said.

He said that it was definitely one of the more special sports moments he has seen at USC.  He also said that he wants Coach Frank Martin to know that fans will not be complacent anymore and want his team to make the tournament every year.

But while he is proud of both the men's and women's basketball team's success so far this year, he said its a "uncool thing to do" for a university president to brag about athletic success, even pointing out the Clemson University President James Clements wished luck to President Pastides before the Duke game and congratulated him after.

He said that right now they are trying to "convince" lawmakers that "this is a better expenditure of taxpayer's money."

Looking towards the end of the spring semester, President Pastides said he will get even busier, saying that after he comes back from his two trips to the Sweet Sixteen to watch both the men's and women's teams play, he begins to prepare for all of University of South Carolina's spring graduation ceremonies.