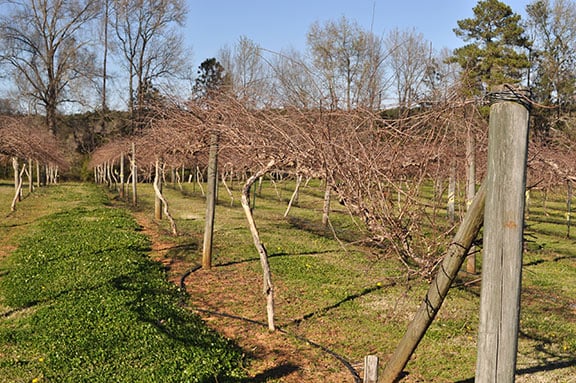 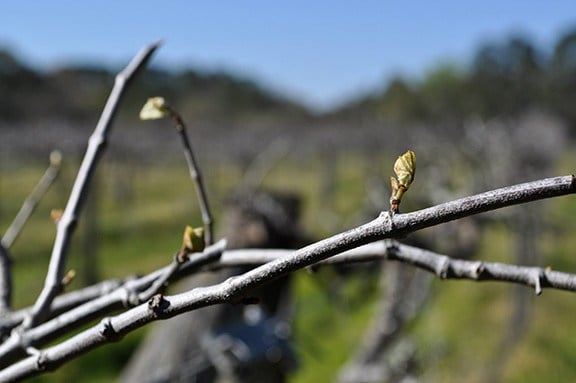 Delicate buds emerge from the woody canes at the beginning of the season, called “bud break.” Frost can kill the buds, and strong winds can knock the sprouts off the vine. Once a bud is gone, it likely won’t produce fruit for the rest of the season. 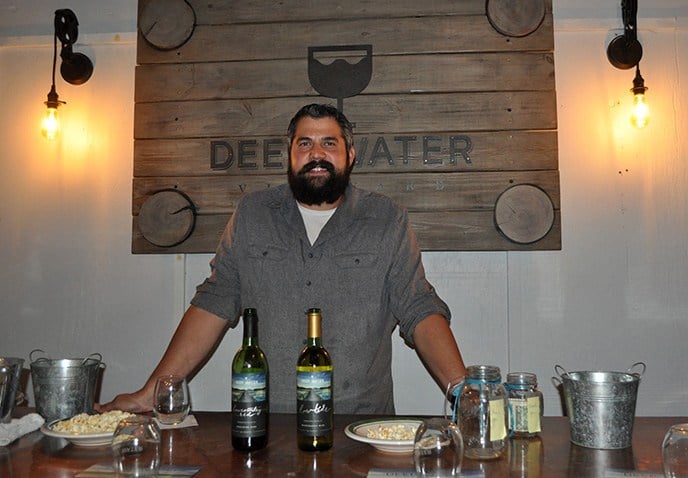 Jesse Freiwald and his wife bought the Irvin-House Vineyard from Jim and Ann Irvin in 2015, and they rebranded it as Deep Water Vineyard. They kept the same vines and staff but placed their own twists and personal touches on the property and products. 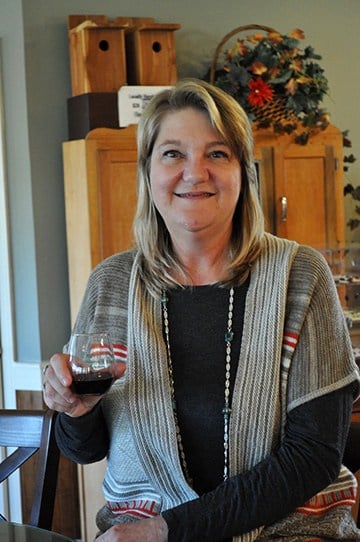 Laura LaBarre, co-owner of Enoree River Winery, enjoys a glass of cabernet sauvignon. Her winery doesn’t “oak” the red wines in barrels or with wood chips — a choice that gives their wine a smoother sip while still being dry.

First in an occasional series

April showers may bring May flowers, but March sunshine brings out the buds on the growing number of grape vines planted across South Carolina.

An unseasonably warm February seemed to mark an early spring for the state’s vintners. Then temperatures plunged below freezing in the second week of March, causing worry for those who cultivate wine grapes.

“It’s a bit of a concern,” said Jesse Freiwald, the owner and chief executive officer of Deep Water Vineyard in the South Carolina Lowcountry. “I’m not concerned that the vines will die or anything. I’m just concerned if the buds get frozen. Then, they’re not going to produce as much.”

Deep Water Vineyard is among more than a dozen commercial vineyards in South Carolina, ventures that have combined agritourism with the development of distinctive wines that owners hope will appeal to a growing market.  Millennials surpassed baby boomers in 2015 for their share of the country’s total wine consumption, and there are now more than 78 million millennials who are now 21 or older.

But before those wines are bottled, there's the weather to battle.

In March and April, all wine vines go into a stage called “bud break,” when tiny, extremely delicate buds emerge from the woody canes. If they are destroyed before they can flower, they most likely won’t produce any fruit until the next growing season. If enough buds are destroyed, it could impact the profit of the final harvest.

Wine grape buds are so tender that even a strong breeze could pluck them from the vine. Cold snaps could be especially devastating. So how do winemakers in the Palmetto State protect these precious buds from the cold?

“Pray,” Freiwald said. “There’s not a lot you can do unless you are doing something extreme.”

Large, commercial vineyards sometimes hire helicopters or employ massive fans to blow hot air over the buds until the freeze subsides, even at the risk of accidentally knocking the sprouts off the vines. Some growers spray water over the vines to create a preemptive shield of ice on the buds, but even that doesn’t guarantee their survival.

A few of Freiwald’s vines were in bud break when the freeze warnings occurred. But across the state in Newberry, Enoree River Winery owners Richard LaBarre and his wife, Laura, said their vines remained dormant despite the warm February temperatures. If there were buds in the vineyard, the LaBarres said they were resigned to let nature take its course.

“What can you do?” Laura LaBarre said. “We don’t have an irrigation system to spray them with water like they do, you know, with peach trees.”

She also said that if a freeze hurt their yearly harvest, they would buy juice to supplement the crop during the winemaking process.

“Thank goodness they haven’t budded yet,” Richard LaBarre said, of the muscadine vines that are native to the southeastern U.S. and known for their thick skinned-grapes and hardy nature.

Laura LaBarre, who also is a teacher at Mid-Carolina High School in Prosperity, says that many customers have fond memories of wild muscadines, often recalling forays into the woods as children to pick the grapes.

“They always talk about stuff that relates back to their childhood,” she said. “I think it just brings back some really nice memories for a lot of people.”

Muscadines are a different species than European or “Old World” grapes, called “vinifera,” such as chardonnay and cabernet sauvignon. Vinifera grapes are much more delicate and susceptible to the pests and diseases that muscadines are resistant to.

“They want to grow, I guess, if that makes sense,” Freiwald said. “There’s not a lot that can really harm them.”

In the mid-1800s, American grape vines shipped across the Atlantic almost ruined the European wine scene. The American vines carried diseases and a root-eating aphid called phylloxera, and the devastated Old World vineyards were saved by grafting American rootstock onto their vines.

Deep Water Vineyard, nestled on Wadmalaw Island 30 minutes from Charleston, only grows muscadine grapes, namely the bronze or “Scuppernong” varietals named Carlos and Terra and the red/purple Noble and Ison. However, Freiwald says they are hoping to introduce vinifera in the future to diversify their product and offer more flavors for a wider audience.

“Muscadine wine traditionally is known as a very sweet wine, which people either love or they hate,” he said.

Enoree River Winery not only grows Carlos and Noble vines, but it also has Columbia-native Herbemonts, vinifera hybrids Black Spanish and Chambourcin, and several other vines under experimentation. Many of these vines are still in their youth and might not reach adulthood, according to LaBarre.

“The trouble with South Carolina and the humidity and the diseases that are in the ground is the fact that muscadines are native, so they’ll grow,” he said. “But if you try and do a chardonnay or a cabernet or something like that, it would die within two years.”

But both wineries have room for trial and error. Deep Water Vineyard produces about 3,000 cases each year, and Enoree River Winery makes about 5,000. At 12 bottles per case, that’s thousands of bottles.

Long before his retirement, Richard LaBarre worked as a Southeast regional director for the Vietnam Veterans of America and settled on a more intriguing way to travel around South Carolina between his work destinations.

“I discovered that the best way of traveling the interstate is going from one winery to another winery,” he said.

South Carolina agritourism business is on the rise. The SC Department of Agriculture kicked off the S.C. Agritourism Passport Program in January 2016, where visitors to any SC Agritourism Association farm can pick up a booklet and have it stamped for their visit and collect stamps from other participating farms. S.C. certified prizes are awarded each year.  Not all wineries in the Palmetto State are in the 2017 passport.

Both vineyards predict full bud breaks within the next few weeks, so it’s only a matter of time before grape vines across the Palmetto State will look ready for spring — hopefully without any interruptions.

Take a glimpse into the vineyard lifestyle in part two here.