Lexington students and parents are show their support for absent - DatelineCarolina 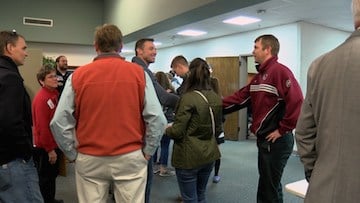 Lexington students and parents show their support for absent coach 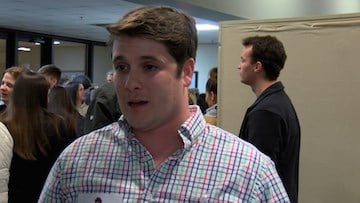 Brodie Wall is a former student and player for Hiese and believes he wants the best for the students. 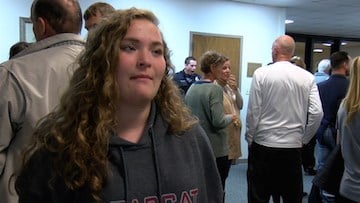 Diana Fox, a current student at Brookland Cayce, thinks the board needs to listen to their demands. 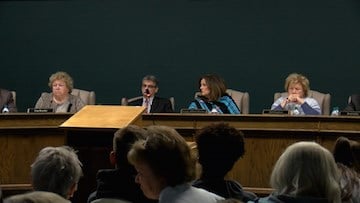 This is the second meeting that the district members have not talked publicly on Heise.

The Lexington School District Two board still isn't saying anything about a popular coach who has been suspended, despite students and parents showing up at last Thursday.

Brookland-Cayce soccer coach Kevin Heise has been placed on administration leave. The school board has not said why the action was taken but many believe it stems from a classroom lecture where he used the words "rednecks" and "thugs."

Former and current students and players came to the school board meeting to show their support for Coach Heise, but they weren't given a chance to talk and the coach was not on the agenda.

"He geninely cares about people and he expects the best out of them and wants them to do well. So when I heard this news, I was completely shocked," said former student and player Brodie Wall.

Wall also thinks there might be more going on behind the scenes working against Heise and current student Diana Fox also agrees with Wall.

"I feel as though some students or somebody is going after him to the point were they want him out," said Fox.

This is not the first time that the Heise topic was left out of the agenda of the meeting. Wall has been to two meetings where the topic of Heise was not talked about. Fox feels as if the district needs to listen to the students' concerns more appropriately.

"I feel like it's kinda wrong because I mean were students were the reason why there is a district in the first place. So, I feel like they need to listen to our concerns and demands a little bit more," said Fox.

The board went into an executive session and when they came out the only thing district members would say is that no resolution about Heise was made.