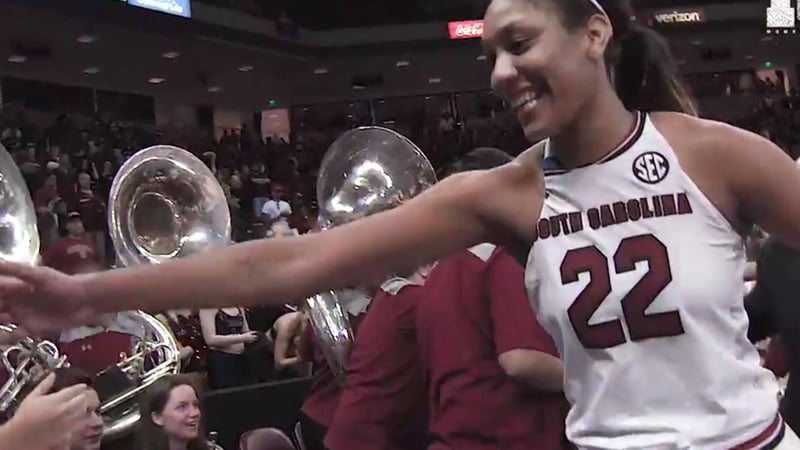 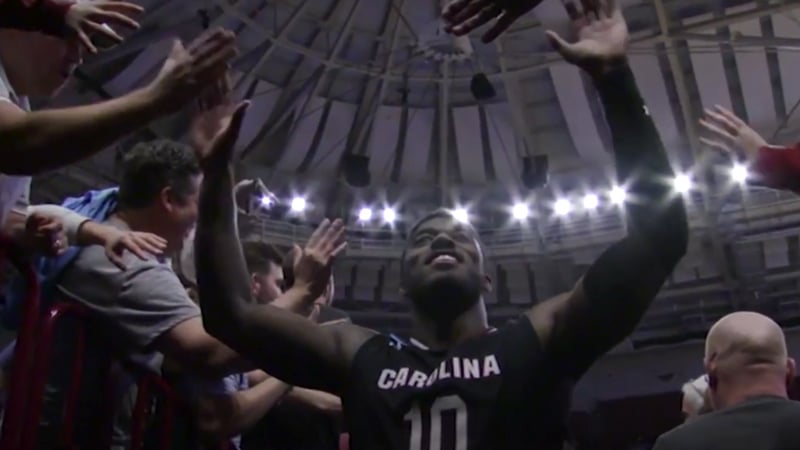 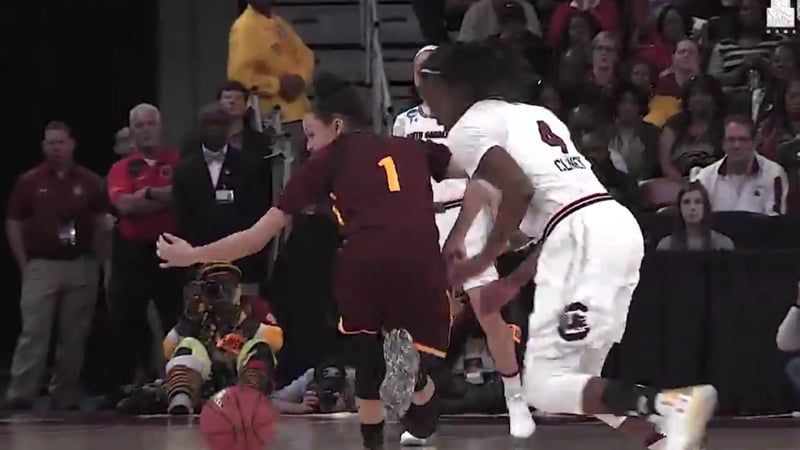 When it comes to all things sweet, twice is just as nice.

South Carolina's men's and women's basketball teams won Sunday night, as both teams advance to the Sweet 16 of the NCAA Tournament.

The Gamecock women's basketball team was given all it could handle from Arizona State in Colonial Life Arena. The eighth-seeded Sun Devils led the Gamecocks 68-67 with just over two minutes remaining. That's when SEC Player of the Year A'ja Wilson made sure South Carolina would not get bounced from the tournament on their home floor.

After the game, Head Coach Dawn Staley said she was relieved with the outcome, and said the home crowd helped her team win.

"We're just elated to be moving on and going to the Sweet 16. I thought we beat a very good Arizona State team... I feel very fortunate to have played on our home court in front of our fans. That willed us to another victory," says Staley.

The South Carolina women's team will travel to Stockton California for the West Regional Final, and take on the winner of Miami and Quinnipiac on Friday.

On to Greenville, where the men's team took down perennial powerhouse Duke 88-81, in a game where the Gamecocks scored a school-record 65 points in one half.

The Gamecocks, led by their SEC Player of the Year in Sindarius Thornwell, stifled the high-powered Blue Devils offense by forcing 18 turnovers and outscoring Duke 30-18 in the paint.

Head Coach Frank Martin credited the senior leadership on his team for not giving up in their four years in the program.

"Those three seniors [Thornwell, Notice, McKie], they didn't win a lot when they were freshmen. We didn't have a leader, we didn't have anyone to teach them how to manage things, yet they never threw in the towel. They kept fighting every day, and here we are, going to the Sweet 16 four years later," says Martin.

The South Carolina men's team will take on third-seeded Baylor in New York for the East Regional Final on Friday night.

This is the first time in school history the Gamecocks men's and women's teams have made the Sweet 16 in the same season.