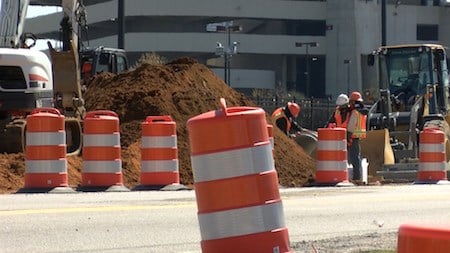 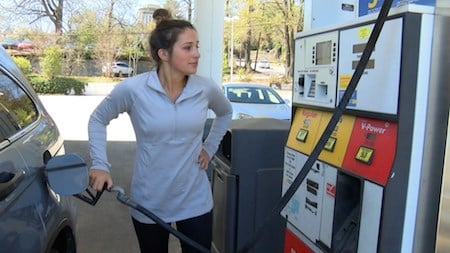 SC resident Taylor Kitchen says she doesn't like the idea of a gas tax increase. 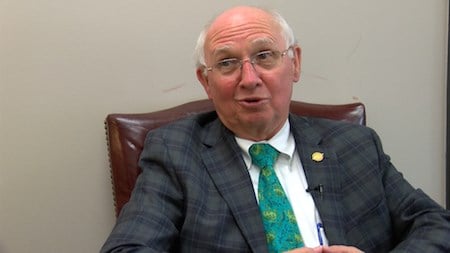 Senator Ryan Campbell says its time to do something about the road conditions.

The South Carolina Senate is still working on a bill that would increase the state's gasoline tax. It would raise about $600 million a year to repair the state's crumbling roads and bridges. The House approved the bill on March 1.

The state's Department of Transportation had requested an additional $1.1 billion dollars to fix the state's roads. The Senate is increasing the House bill to $800 million by increasing the gas tax and other driver fees.

The money will be put in a trust-fund to solely be used for repairing roads and bridges, not for new highway construction.

Only 20 percent of the roads in the state are listed being in good condition, and South Carolina Sen. Paul Campbell says its time to start fixing things.

"You're going to end up with safety and efficiency with travel. You're not going to tear your automobile up. Its time we did it. Every year we don't do it we're going up another five or six hundred million and digging a deeper hole."

An SCDOT study says 1015 people were killed on South Carolina roads in 2016. Sen. Paul Campbell claims a majority of these deaths are a result of the poor condition of the state's roads.

The bill is currently being blocked by several Republicans who don't support raising the tax, including Governor Henry McMaster. Those opposing the bill want to reform the Department of Transportation to make it more efficient instead of raising gas taxes, but in a report from the Reason Foundation, a organization that evaluates state Departments of Transportation across the county, already ranks South Carolina as the most efficient agency in the US.

"We've got a good organization. We're just under funding what they need to do to repair the roads and bridges," says Senator Campbell.

Campbell says he believes this is the fairest way to raise the money needed to fix the roads. He says financing the repairs from the states general fund would mean cuts in other programs like education and healthcare.

"President Reagan once said the best tax in the world is one where you pay for the services you are using. If you're not using the roads, you're paying nothing," says Campbell.

South Carolina driver Taylor Kitchen doesn't like the idea of a fee increase, but says she feels better about the gas tax knowing it will go to help the roads.

The Senate is trying to debate the bill on the floor sometime next week.