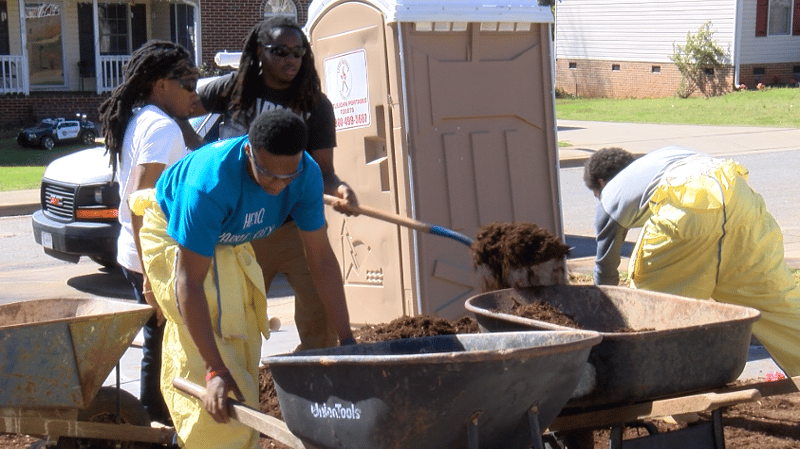 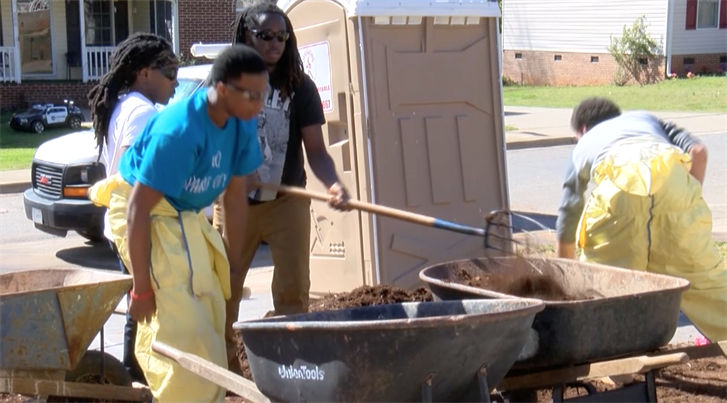 Participants of YouthBuild Spartanburg are adding the finishing touches to the home they've been building alongside Habitat for Humanity. 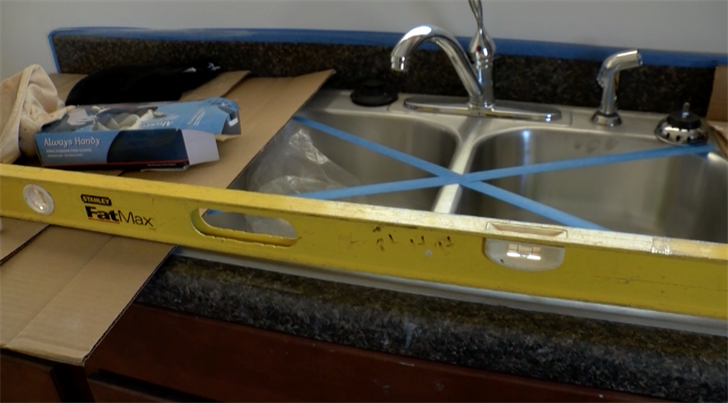 They not only walk away with a GED, but the participants also get the chance to learn constructions skills. 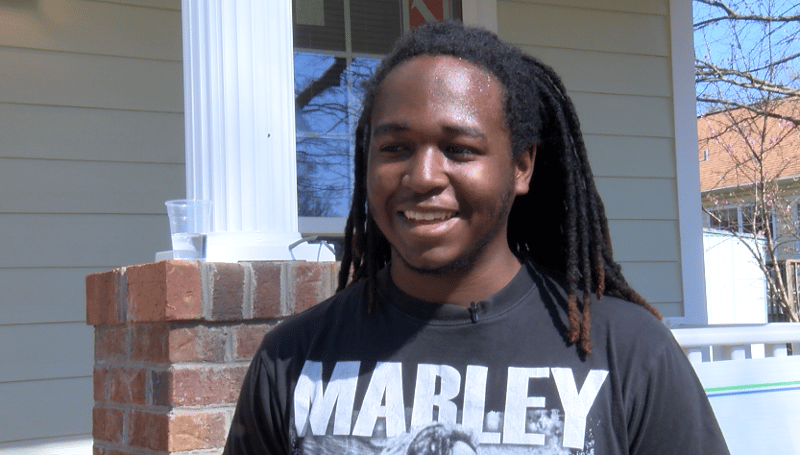 Le'Kristopher Sanders is a participant of YouthBuild Spartanburg. 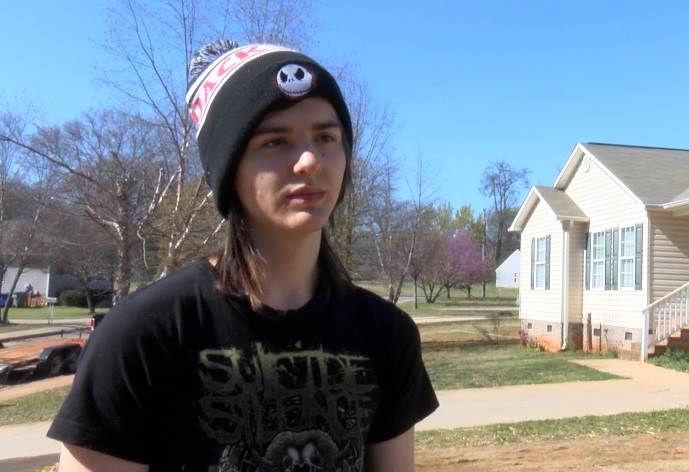 Hunter Hinkle enjoys the opportunity to get money while also receiving his GED. 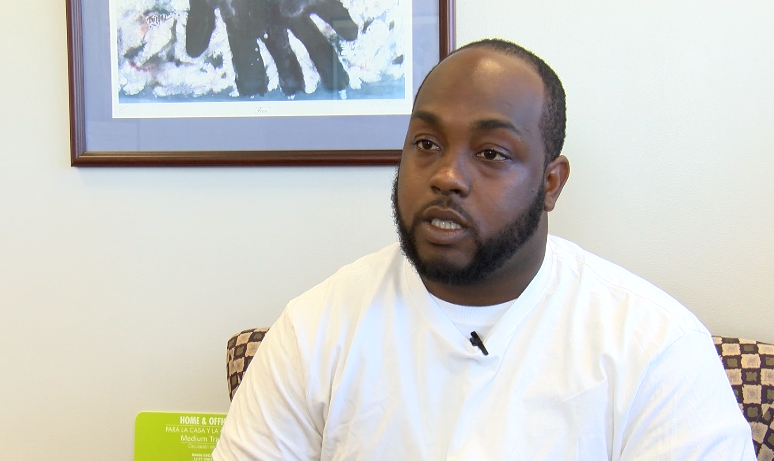 Curtis Bouknight graduated from YouthBuild Columbia in 2015 and he has since gone back to serve as a volunteer.

A 2014 study conducted by Measure of America, a non-partisan, nonprofit group that measures well-being and opportunity for Americans, showed that in the United States, about 2 million low-income 16- 24 year olds are unemployed, not in school, and not in any type of job training. The nonprofit organization YouthBuild has been working to lower that number for 35 years across the nation.

YouthBuild offers young people the chance to get their GED, while also gaining valuable life skills and partnering with Habitat for Humanity. There are 260 programs in 46 states, and more in 15 other countries.

Le'Kristopher Sanders is quickly learning just how much YouthBuild has to offer. Sanders joined the program in Spartanburg just two weeks ago, but he says that he has already seen vast improvement in his communication skills and his ability to network.

"I'm planning on going to Greenville Tech afterwards, stay there for two years and then try to transfer to a bigger college." Sanders says.

He's not sure what he wants to study in college yet, but most likely mechanics.

Hunter Hinkle is another Spartanburg participant who says YouthBuild gives him the perfect balance between school and work.

"If I was just working, I wouldn't have time to get my education, but I only work two and a half hours so I can get paid and still work on my GED." says Hinkle.

YouthBuild is funded primarily by the US Department of Labor. Through the grant, participant's aren't asked to pay a thing except for 36 weeks of their time. The participant's, in return, receive $10 just for attending class that day. The participant's also receive money for the time they spend helping build homes with Habitat for Humanity.

Before Fancy Moore, a single mother of two,  went through the program in Columbia, she says she didn't understand the importance of an education because she never had a good role model to lead her down the right path. That didn't last, however. She says the mentors and instructors with YouthBuild quickly showed her true potential and helped her find her way towards success.

"When I was going for my GED, it wasn't easy. I've even had some doubt me because of my test scores. They didn't come back so great." says Moore.

The mentors never allowed Moore to give up.

"They encouraged her. They gave her belief in herself. And through the community supporting her, it just showed that she can do it no matter what anybody said." says Moore's mother, Subrina Peoples.

Moore received her cosmetology license in 2016, and her mothers says she plans to return to school in the near future.

"She's doing it, and the YouthBuild program did that for her." Peoples remarked.

Curtis Bouknight graduated from YouthBuild Columbia with Moore. Bouknight says as a teenager, he fell into the wrong crowd and neglected his schoolwork. Bouknight now encourages young people going down the wrong path by volunteering with the current YouthBuild class.

"You're not going to get anywhere in life, without a GED, diploma, or not knowing how to work period." Bouknight tells to them.

YouthBuild Columbia Program Coordinator Venus Sabb has only been with the program for a year, but she says having connections with the students and watching them grow has been a wonderful experience for her.

The future of YouthBuild isn't crystal clear, however there is a chance that the organization could lose funding under President Trump's new budget proposal.

"The more funding we get, the more student lives we can touch. So we hope President Trump will realize as he's trying to Make America Great Again, these are the students that will help make America great again." Sabb says.

YouthBuild teachers remain hopeful with success stories like Moore's and Boukinght's, and promising future's for Sanders and Hinkle.

YouthBuild Columbia is now accepting applications for their next class. Any interested parties can call Venus Sabb at (803) 705-4631 or stop by their office at the Benedict College Community Development Corporation. The address is 2601 Read Street Columbia, SC 29204.

You can apply to YouthBuild Spartanburg online.

Both organizations are eager to have guest speakers and volunteers to teach important life skills to the participants.