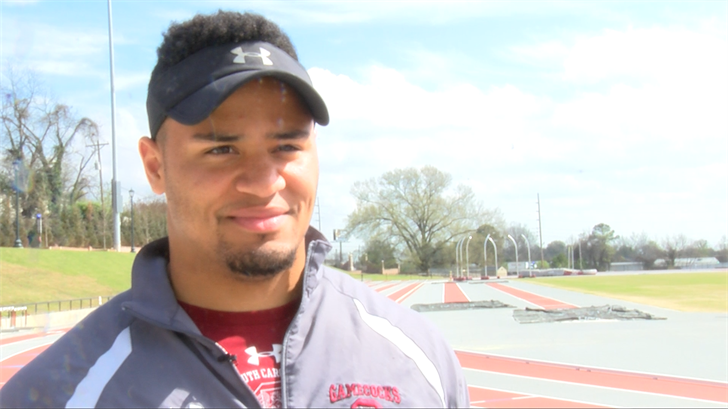 University of South Carolina redshirt freshman shot putter, Eric Favors ,came back from SEC Indoor Championships happy with his performance, but he is still focused on improving.

Favors said he was not bothered by the magnitude of the SEC Indoor Championships because he is use to competing in big meets.

Favors is happy with the distance that he threw, but knows he is capable of throwing further.

"I definitely know I can throw farther, but I'll take it," Favors said

He's hoping to bring his strong finish of indoor season to outdoor season, which is the time he and the other throwers on the team focus on.

Favors thinks the team will be better in outdoor rather than indoor because of the large number of injuries that plagued the team so far.  He also thinks that they will perform better at SEC Outdoor Championships because it's at USC this year.

He said the team will be led by the throwing group, specifically All-American redshirt junior Josh Awotunde and junior Ben Bonhurst.