Life as a refugee in the Capital City - DatelineCarolina 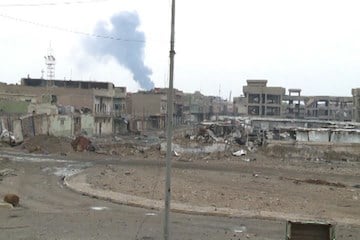 Life as a refugee in the South Carolina's capital city 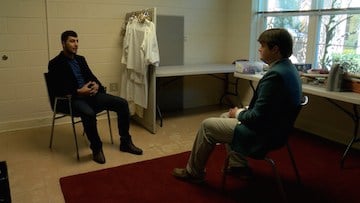 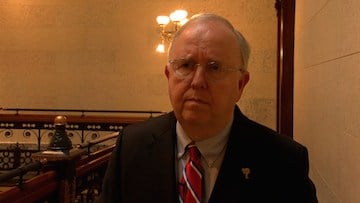 Head of the Columbia World Affairs Council, Bob Coble, says that welcoming refugees is key to the global economy

As unrest continues in many nations across the Middle East, millions have fled their homes searching for safety.

Many refugees have taken shelter in neighboring stable countries such as Turkey and Jordan, or across the Mediterranean in Europe. Others have sought refuge here in the North America.

The United States has accepted fewer migrants than some other nations, but President Donald Trump has taken measures to temporarily halt the country's resettlement program. His executive order would prevent refugees from settling in America for 120 days has been put on hold by federal courts.

The political atmosphere at the national level has many concerned, the final decision could impact some people here in the Midlands. Most people in Columbia are aware of national refugee policies, but many may not know that there is a sizable migrant population here in the capital city.

One Columbia refugee that could be affected by the new national rhetoric is Abdul Fawad Banjshiri, a native of Afghanistan. Banjshiri is a 25-year-old interpreter who arrived in the United States in January with his family.

Banjshiri worked with American soldiers as a translator for the United States Army in Kabul.

He says that leaving his life in Afghanistan was difficult, but people here in America have welcomed his family to make them feel more at home.

"We have never faced such a situation, but everyone...[was] very polite with us...especially in South Carolina," Banjshiri says.

He says transitioning to life in the United States was very difficult, but he has been found tremendous help in Lutheran Services Carolinas, an organization that aids refugees, and provides sanctuary to those in need.

Banjshiri says he has found comfort in the safety of the country since arriving here in January.

"In Afghanistan, we don't have peace and security in all of country," he says "So if [the government] gets behind in the future, or some time, they're faced with problems. Serious problems."

Columbia is not usually recognized for its globalization, but former Columbia mayor Bob Coble says the state is first in the nation in foreign investment. Coble heads the Columbia World Affairs Council and he says refugees are part of what connects us to the economic world.

"The global economy is something that we need to be a part of, and part of that is accepting responsibility for locating the most vulnerable among our citizens of the world," he says.

Coble says while the Columbia World Affairs Council focuses on issues of globalization, it does not work directly with settling new arrival refugees.

Recently, calls have come from a national level to increase vetting processes for refugees, but Coble says that the United States already has a top-notch system.

"It's very stringent. I think anyone who knows how the refugees are screened now knows that that's an onerous process. They don't come into this country in any haphazard manner," he says.

The recent political atmosphere may have many concerned across the nation, but Banjshiri says he admires what he calls "the American Way."

"In America, you have to be 'the man,' you know. To work, to learn, and to do all of your life. To have a good life in the future," he says.

Banjshiri also says although he still misses his friends in Afghanistan, he has made many more here in the Capital City.