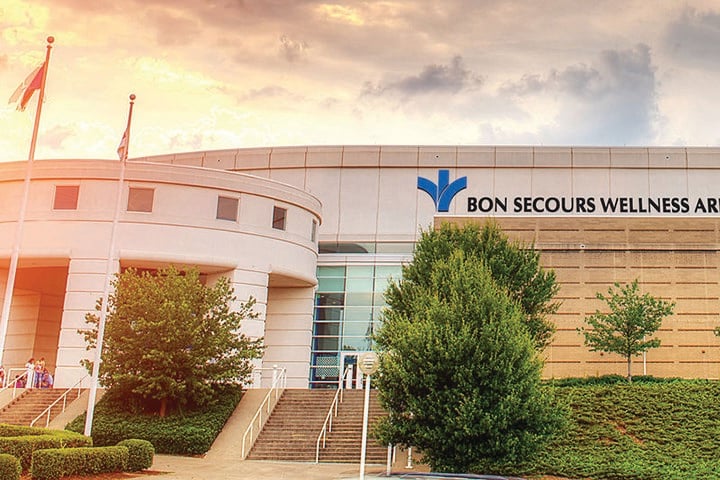 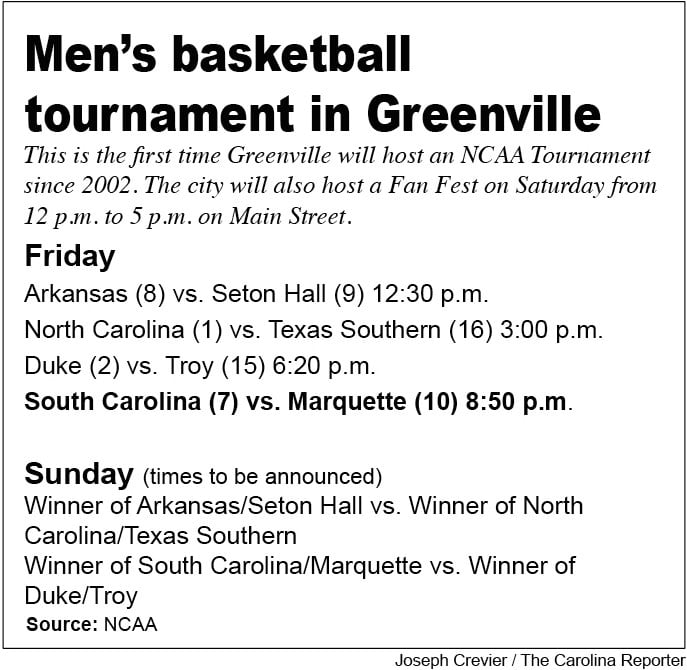 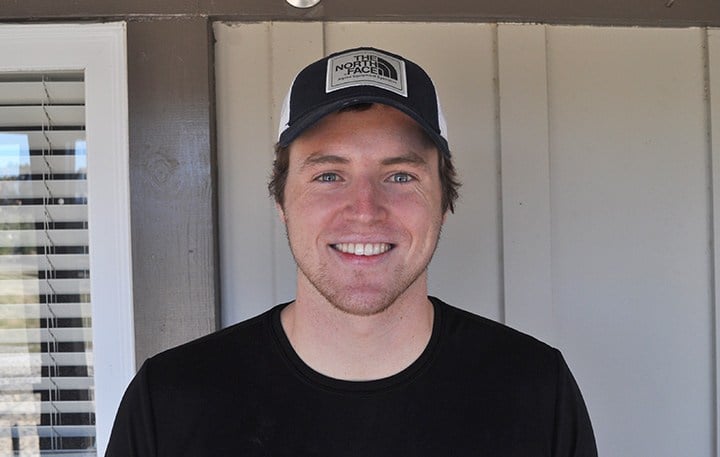 Second year pharmacy student Thomas Wells said he wasn’t a huge basketball fan before, but this Gamecocks team won him over. 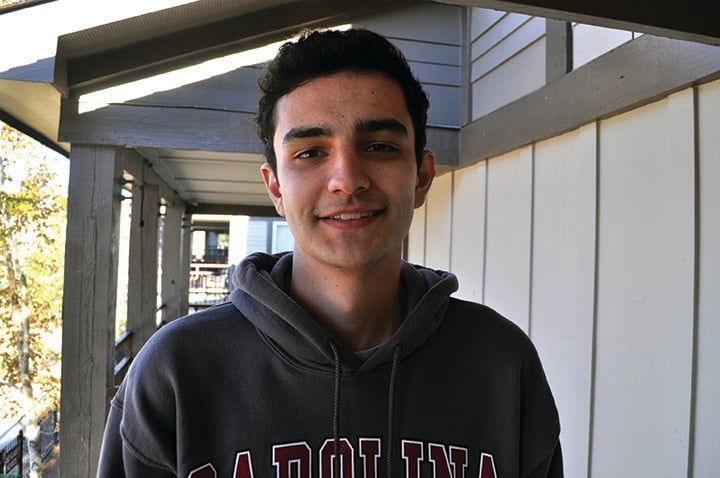 Senior biology student Chris Olin is glad South Carolina earned a tournament berth before he graduated and that the first-round matchup will be held in his hometown of Greenville.

South Carolina hasn’t been to a NCAA tournament in 12 years and the city of Greenville hasn't felt the swing of the Big Dance in 15 years. This weekend the music plays for both.

“I’m excited about this weekend. Being a senior here, I’m glad I finally have the chance to see the men’s team participate in March Madness,” said senior biology student Chris Olin.

Greenville is anticipating an influx of about $3.6 million in tourism dollars this weekend from hosting the first and second-round games of the men’s basketball tournament, according to David Montgomery, vice president of VisitGreenville.com.

This is more than double the anticipated cash flow from the SEC Women’s Basketball Tournament Greenville hosted last weekend.

With a painstakingly restored Main Street chocked full of restaurants, boutiques and galleries, the city of more than 60,000 will host eight teams competing throughout the weekend looking to advance to the Sweet 16.

Greenville’s Bon Secours Wellness Arena, which holds 14,882, was the first arena to sell out, with about 42,000 people expected to attend over the two days, according to the NCAA website. Montgomery says that all hotels in the city are nearly sold out as well, filling with traveling fans, media and teams.

“Having teams within close proximity, but not too close, regionally definitely helps with turnout,” says Montgomery.

Of the eight teams competing in Greenville this weekend, three of them are within a two-hour drive: The Duke Blue Devils, the North Carolina Tar Heels and the South Carolina Gamecocks.

Montgomery said the city didn’t expect to win its bid to host the tournament, but between the removal of the Confederate Flag at the State House and North Carolina’s controversial bathroom bill, Greenville got lucky.

“We were fortunate. We had already placed a bid for 2019 through 2022, but when Greensboro was out we knew we had a chance,” he said.

Greenville received the bid to host the tournament after the 2015 removal of the Confederate battle flag from the South Carolina State House grounds.  Since 2001, the NCAA has refused to play pre-selected championships in states where the flag was flown prominently. South Carolina had lost out on SEC tournaments, NCAA tournaments and even the Harlem Globetrotters in the past.

The legislature in July 2015 voted to remove the flag following the June 2015 slayings of nine parishioners at Charleston's Emanuel African Methodist Episcopal Church. Dylan Roof, an avowed white supremacist, was convicted in December of the horrific crime.

Greenville’s bid would have gone to Greensboro, N.C., a city that has earned the nicknamed “Tournament Town" for its hospitality toward collegiate sports. But a North Carolina bill introduced in 2016 that prevents transgender people from using the bathroom associated with their gender preference rather than what is on their birth certificate prompted the NCAA to withdraw the bid.

As part of the weekend festivities, Greenville will host a Fan Fest on Saturday with a full regulation basketball court for fans and live broadcasts of the other March Madness games played that day.

Montgomery says the city’s tournament bid is great for visiting fans, but even better for the locals.

“I have family in Greenville, so the fact that USC is playing there is awesome. It’s close enough for me to come back to Columbia in between games if we advance,” said pharmacy student Thomas Wells.