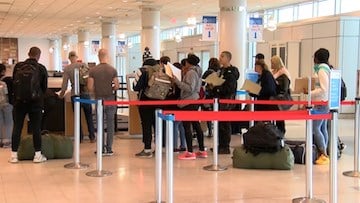 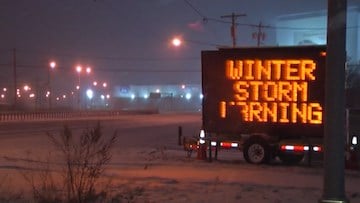 A winter storm caused travel problems both on the groud and in the air for much of the East Coast. 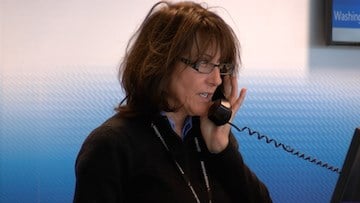 Airport officials storngly encourage calling ahead to check the status of your flight.

Much of the northeast is cleaning up Wednesday after a winter storm dumped over three feet of snow in some areas. The storm, stretching from Virginia to Maine, grounded more than 3,000 airline flights and shut down several major airports.

But here in Columbia the impact was minimal, as only a  handful of flights to the northeast were canceled.

"We are here in Columbia where the weather is beautiful and we're fortunate enough to have flights into the northeast, but when there's weather it does affect those travels," said Columbia Metropolitan Airport official Lynn Douglas.

A few flights were canceled, but most Columbia travelers seemed to be in good spirits, including a group of international students who were able to get on a flight to D.C., despite earlier cancellations.

"We feel that we are lucky because or flight is on time," said traveler Abraham Algundi.

It was a different story up the road in Charlotte where over 300 flights were canceled or delayed because of the storm. These disturbances did cause problems for some traveling though Charlotte to get to Columbia, but many kept a positive outlook.

"I don't fly very often but it was a good flight, a good experience, "said Kevin Allgood, who was delayed during his Charlotte connection on his way to Columbia.

Today, operations are largely back to normal in both Columbia and Charlotte, with only a few cancellations and delays reported.